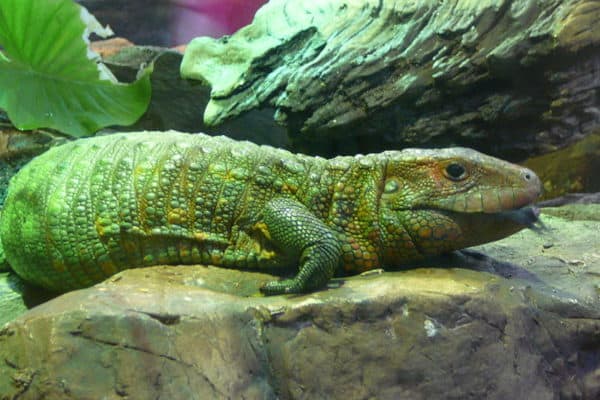 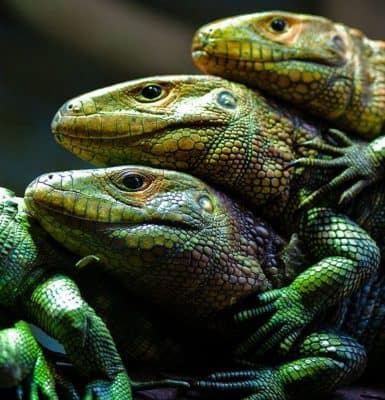 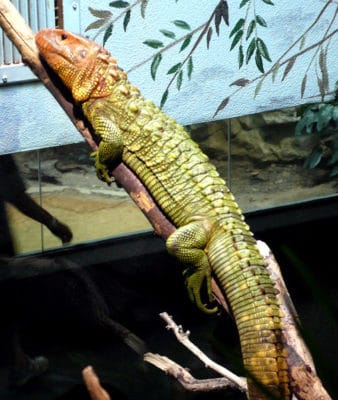 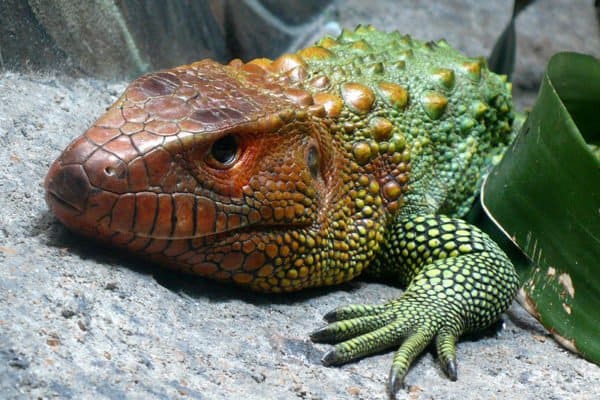 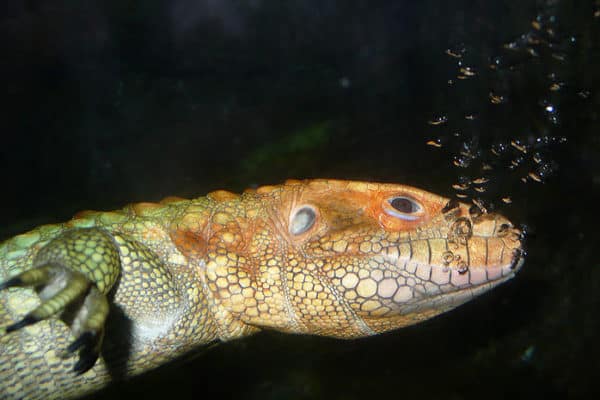 The caiman lizard can be found inhabiting the rainforest and swampland areas of South America in the countries of Brazil, Colombia, Ecuador and Peru. Caiman lizards are most commonly spotted in areas which are flooded as they are very aquatic creatures.

The caiman lizard is a large and powerfully built lizard that is known to grow up to 120 centimetres from its snout to the tip of its tail. Today, there is only one species of caiman lizard found in South America which is the Northern caiman lizard.

Caiman lizards are large carnivorous predators that only hunt other animals in order to gain their nutrients. Snails are the primary source of food for the caiman lizard along with other invertebrates such as insects and crabs, and occasionally larger animals such as fish, rodents and amphibians.

Due to its relatively large size and part water, part tree-dwelling lifestyle, caiman lizards have limited predators within their natural environment. Large predatory mammals including jaguars are known to hunt the caiman lizard along with other large reptiles including snakes and crocodiles.

Although little is known about the reproduction of the caiman lizard, they are thought to behave in a similar way to other large lizard species. After mating, female caiman lizards will lay their eggs into a hole in the riverbank which they cover up to protect them from hungry predators. When the baby caiman lizards hatch, they are completely independent as there is no prenatal care from the caiman lizard parents.

Today, although the caiman lizard is not considered to be a species that is under immediate threat from extinction, the caiman lizard populations have been declining in specific areas, mainly due to habitat loss often caused by high levels of pollution and deforestation.

How to say Caiman Lizard in ...