The 10 Largest Animals On Earth

The largest living animals on Earth today aren’t land animals, because on land they must struggle against the forces of gravity to survive, effectively limiting their size. The creatures of the oceans can grow much larger, because the buoyancy of the water offers relief from gravity’s effects, allowing them the freedom to grow to gigantic proportions. The largest animal ever lives in the sea. All species have a largest member. The list below discusses each of these largest animals on earth today.

The largest animal ever to live on the Earth is the adult blue whale. These animals are bigger than any dinosaur that’s ever lived, and they are far bigger than the largest living land animal on the planet today. Blue whales can grow up to 105 feet long (32 m). That’s more than twice as long as a semi-trailer rolling along the highway. An adult blue whale weighs as much as 15 school buses. Read more about this massive creature on the blue whale encyclopedia page. 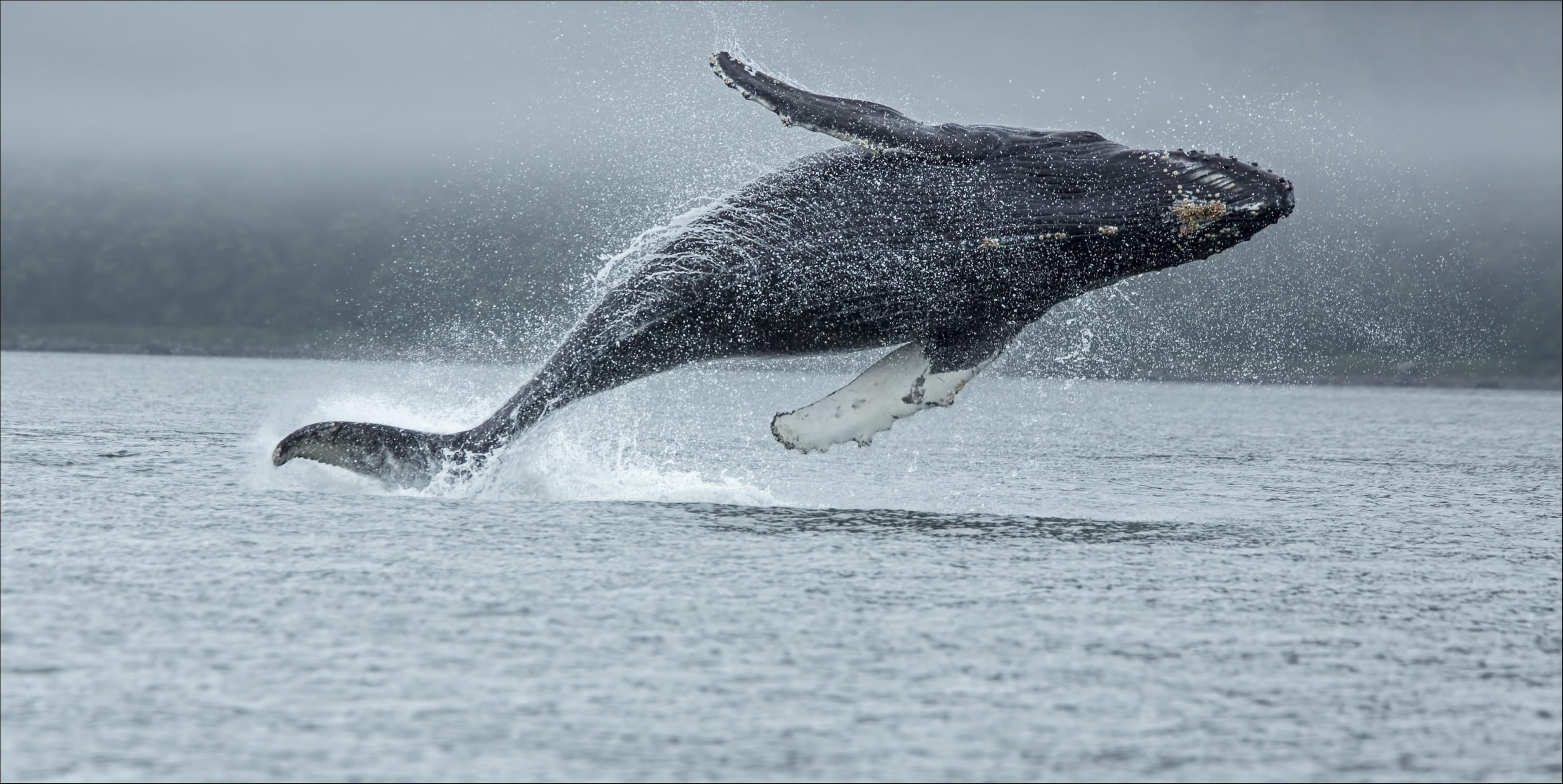 The largest bird on Earth is the ostrich. Too big and heavy to fly, this bird is capable of running at speeds of up to 43 MPH (70 km/h) over long distances. Males can be over 9 feet tall (2.8 m) and weigh up to 346 pounds (156.8 kg), as much as two people. Females are usually smaller and rarely grow over 6 foot 7 inches (2 m) in height. Learn about ostriches here. 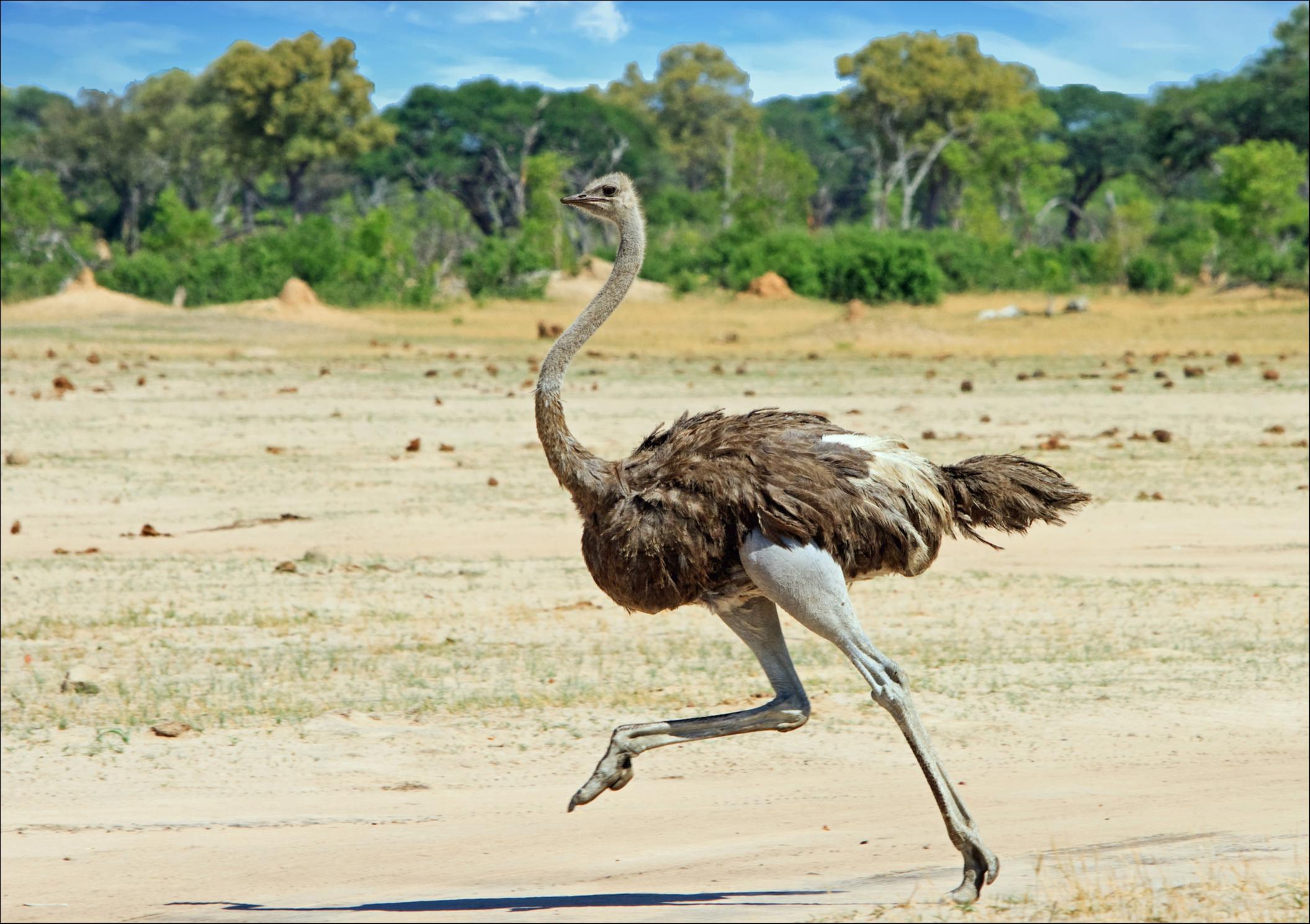 The largest reptile in the world is the saltwater crocodile, with males reaching lengths of as much as 20 feet (6.1 m) and weighing in at 2,370 pounds (1075 kg), or about twice the weight of a grizzly bear. Females are far smaller and rarely grow over 9.8 feet long (3 m). 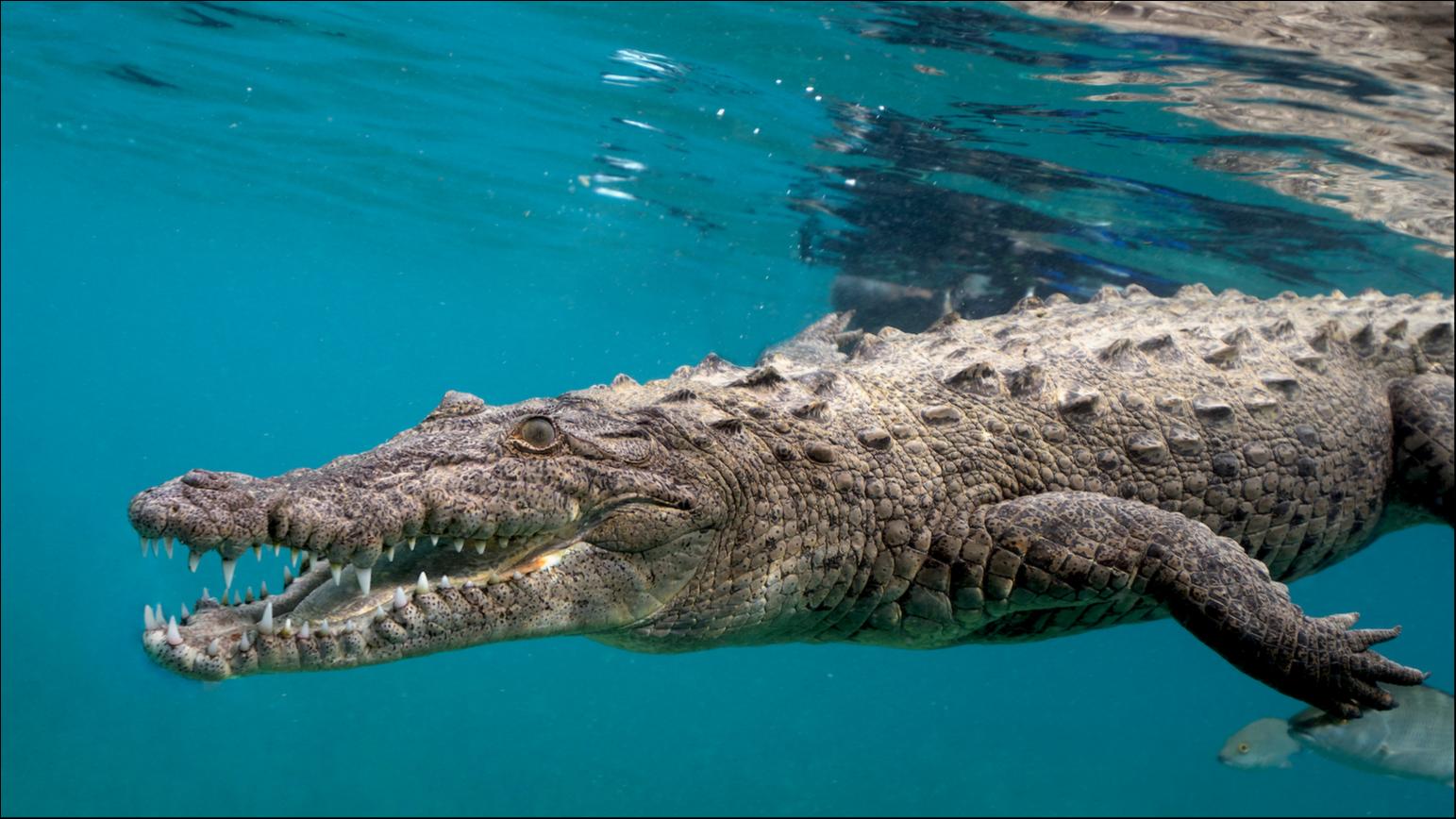 The adult blue whale is bigger than three prehistoric triceratopses and holds the record as the largest mammal on Earth. Other species of whales come somewhat close to it in size. The largest living land animal, however, is the African elephant (Loxodonta Africana). This mammal typically stands 10 to 13 feet tall (3 to 4 meters) and can weigh as much as 9 tons (8,000 kg). Read more about this massive animal on the blue whale encyclopedia page. 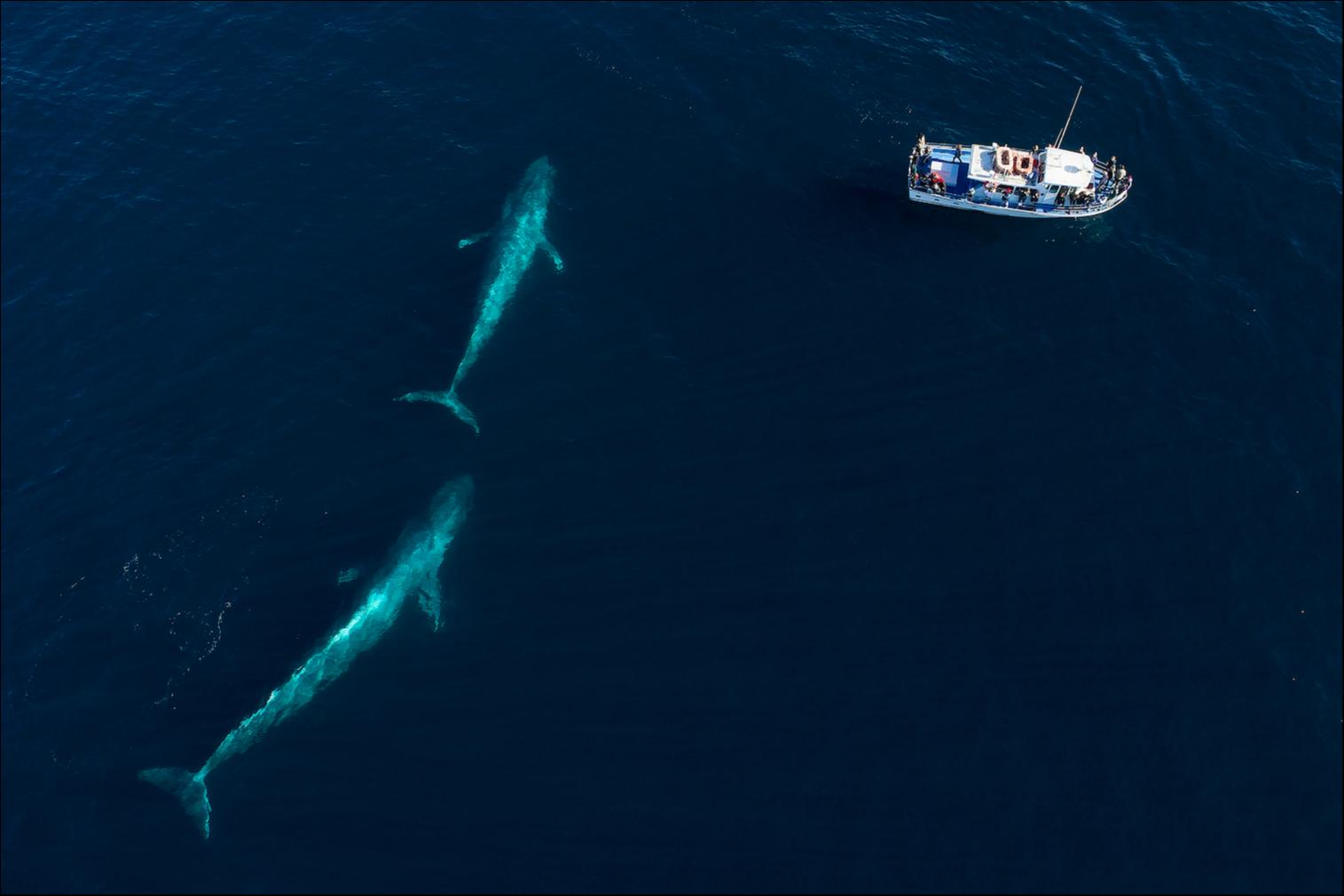 The Chinese giant salamander lives its entire life underwater, yet has no gills. Instead, it absorbs oxygen through its skin. This odd-looking creature gets quite large, up to 5 feet 9 inches (180 cm) and weighs in at 110 pounds (70 kg), about the size of many adult humans. At breeding time the females lay up to 500 eggs and the males act as caretakers until the young hatch. Read more about salamanders here. 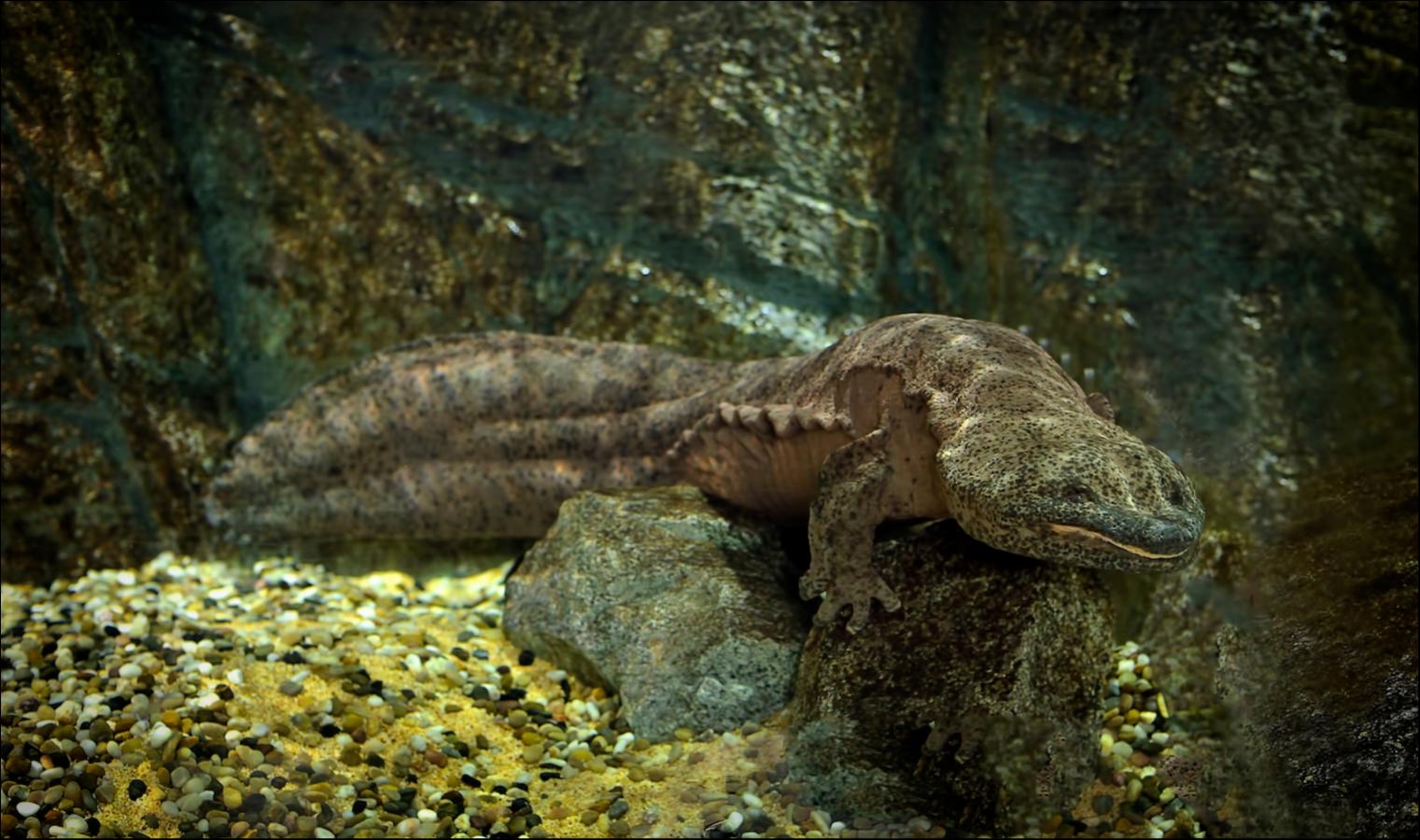 The capybara looks a lot like a giant guinea pig, but instead of fitting into your hand this huge rodent stand 2 feet tall (0.61 m) at the shoulders and is an impressive 4.6 feet (1.4 m) long. Twice as big as an adult beaver, the capybara can weigh up to 143 pounds (65 kg). They live in herds of up to about 40 animals, and males and females are roughly the same size. Learn more capybara facts here. 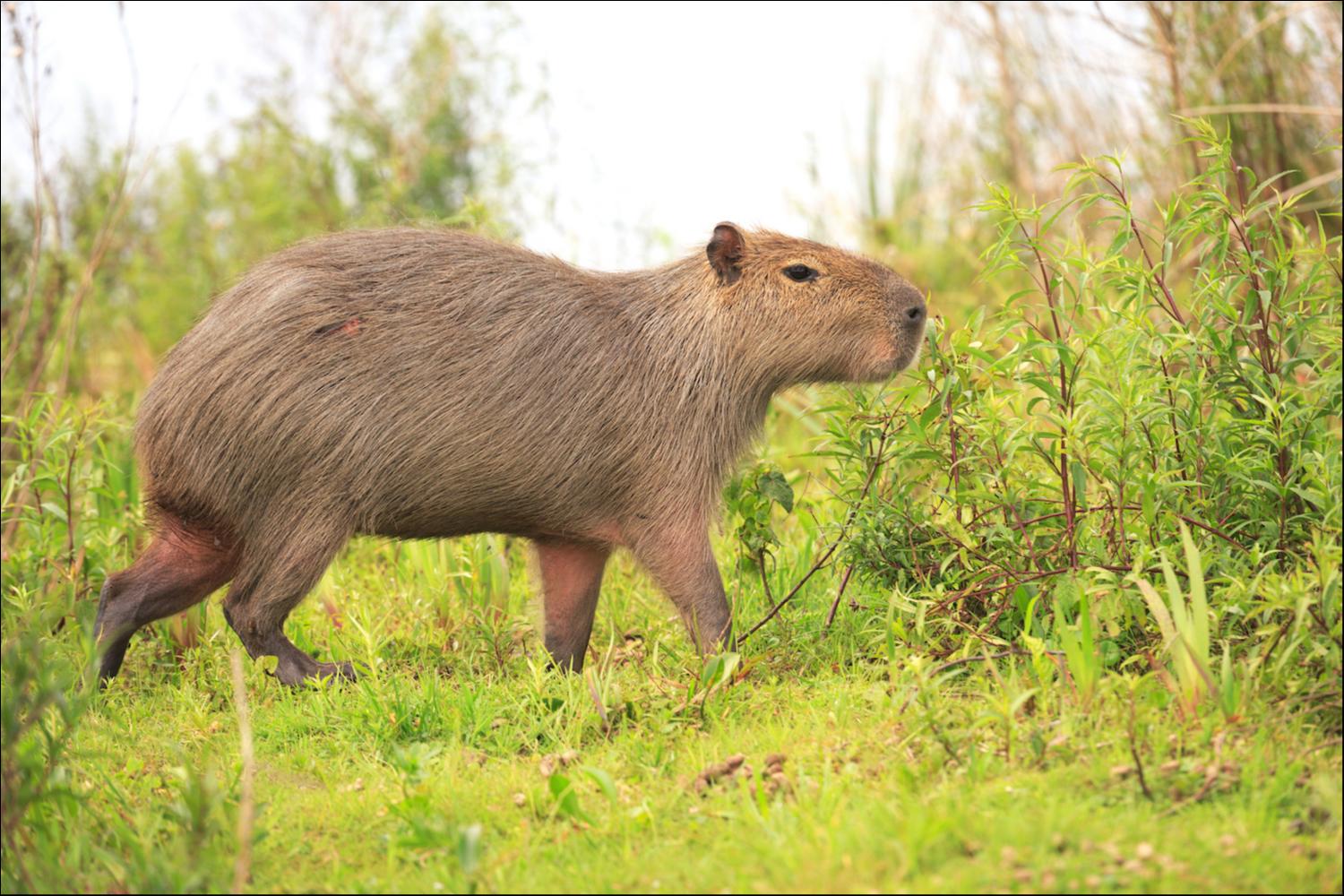 For overall mass, the largest snake in the world is the giant anaconda. This huge animal has been known to weigh as much as 550 pounds (250 kg), and some individuals have been measured at up to 30 feet (9.1 m) long. That’s longer than a London double-decker bus. They can be up to 3 feet around the middle, giving them plenty of room to swallow all kinds of prey, including mammals as large as deer, fish, alligators, birds, and anything else they can catch. 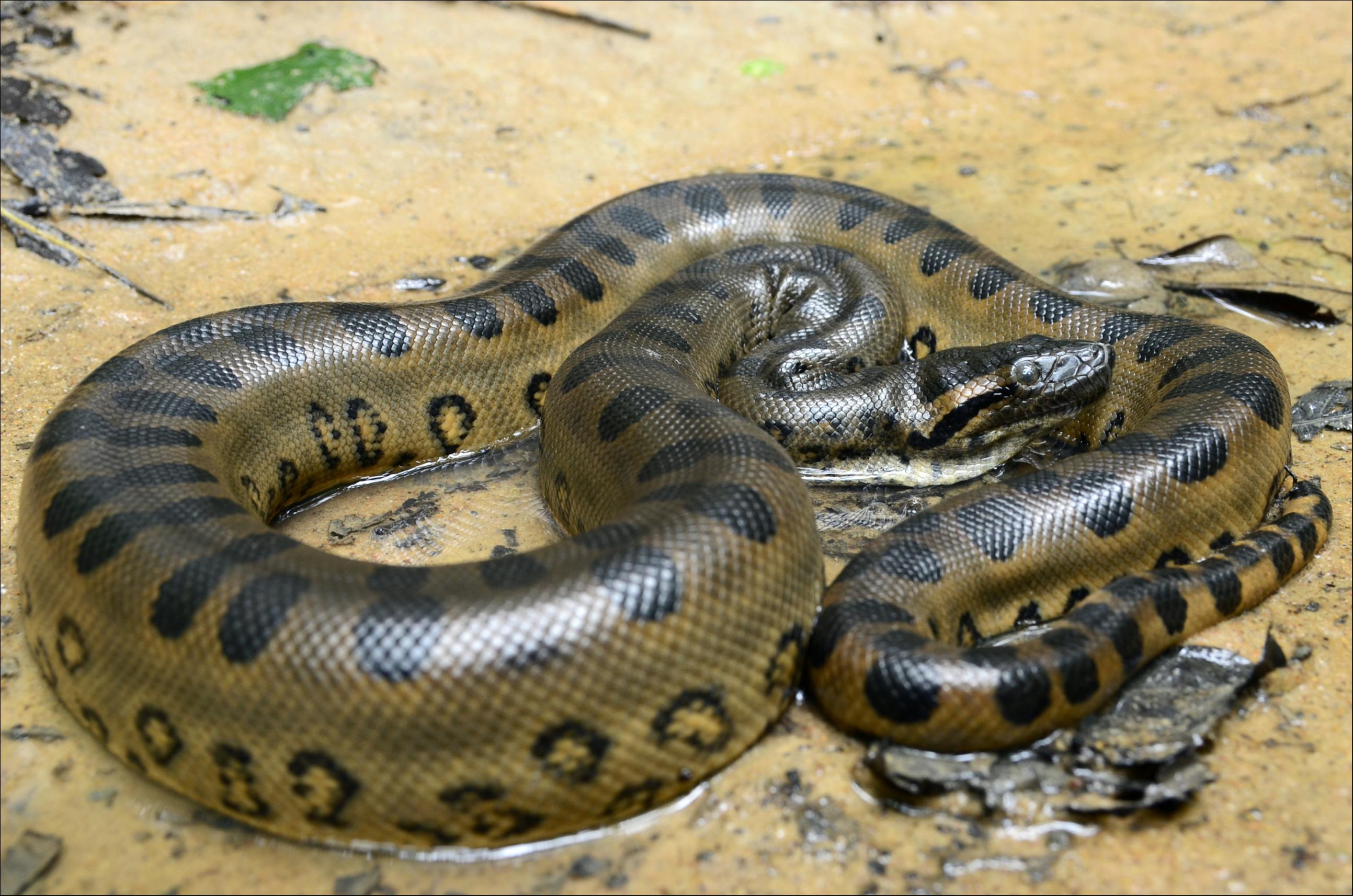 The largest lizard on Earth is the Komodo dragon. This dangerous animal grows up to 10 feet (3 m) long and typically weighs about 200 pounds (91 kg). The females tend to be smaller than the males and usually get no longer than 6 feet (1.8 m) long, about the same size as an average man. These lizards hunt large prey such as water buffalo, pigs, and deer, and have even been known to hunt people. Learn where to find komodo dragons here. 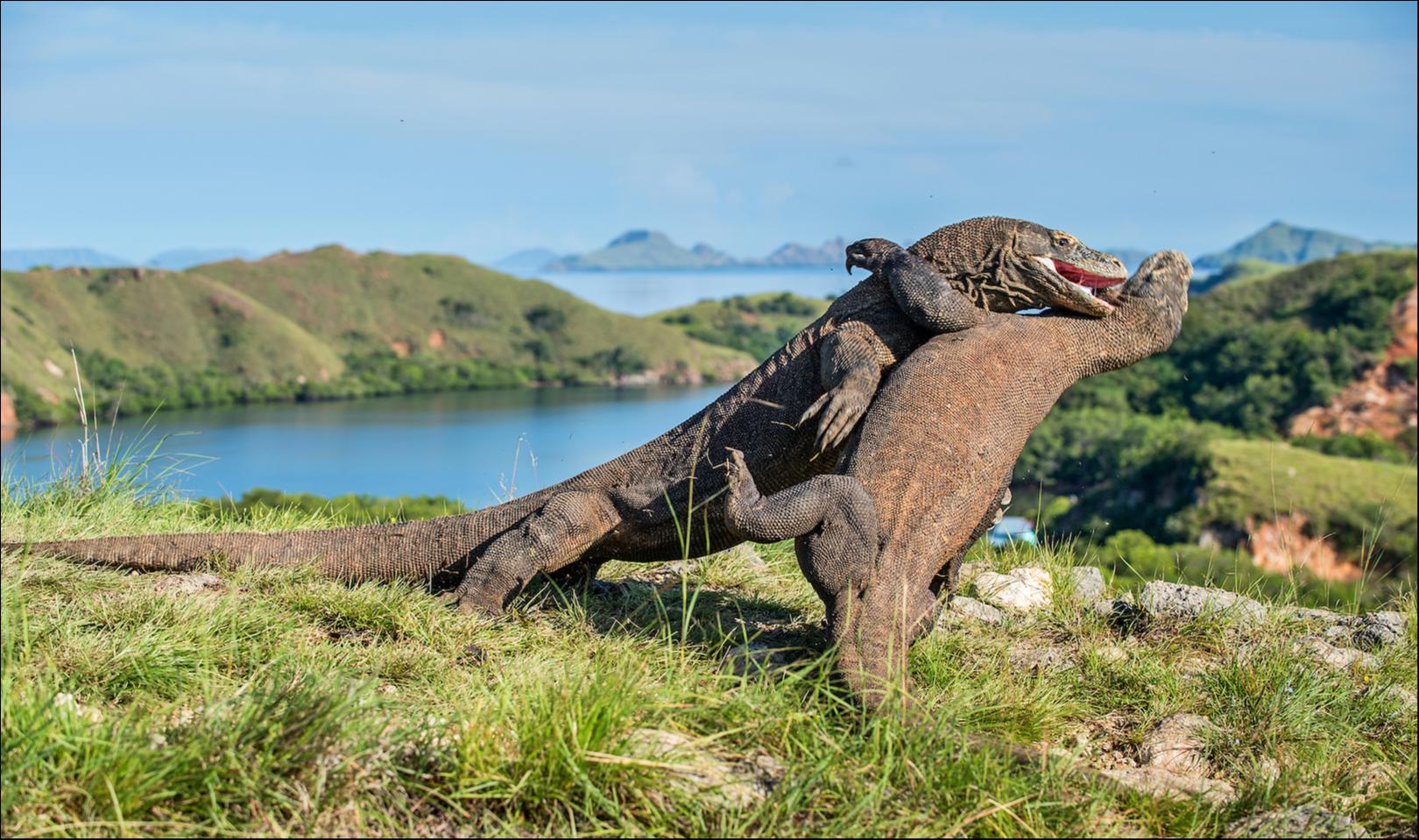 The arthropod family includes lobsters and crabs, spiders, scorpions, insects, and other creatures having jointed exoskeletons. The largest arthropod on record is the Japanese spider crab. One was caught in 1921 that measured a record-breaking 12 feet (3.8 m) across and weighed 42 pounds (19 kg). That’s almost the same length as a Volkswagen Beetle car. See more crab information here. 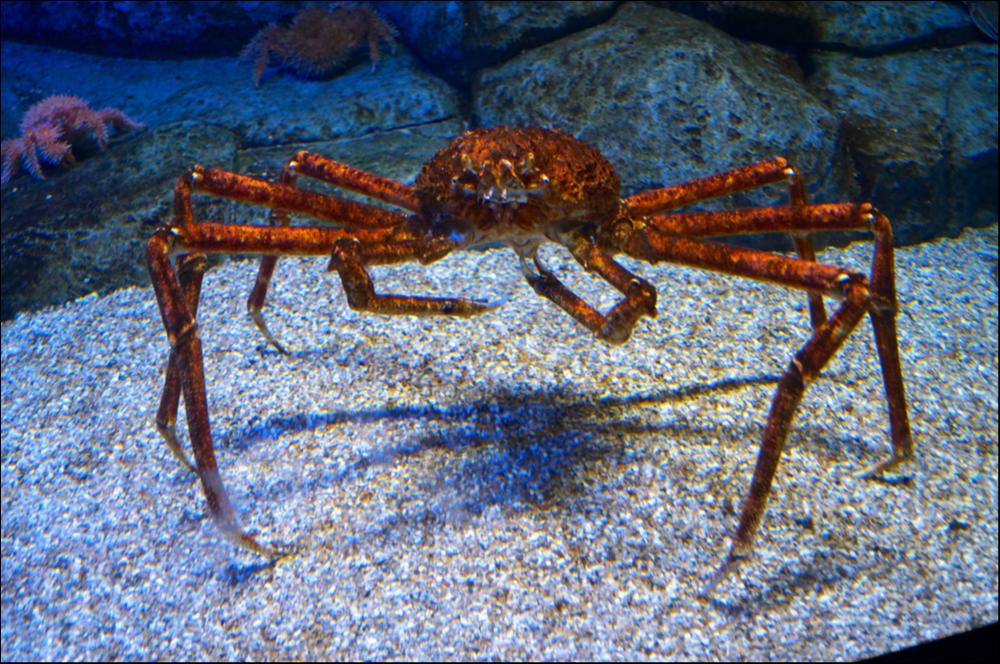 Titan beetles are sometimes mistaken for a form of cockroach, but these huge South American insects are a separate species. They grow up to 6.5 inches (16.7 cm) long and weigh 3.5 ounces (100 grams). They have strong mandibles that can snap a pencil and sharp claws they use for defensive purposes. Nobody knows what their larvae look like, as these have never been seen. Lean how many species of beetles exist here. 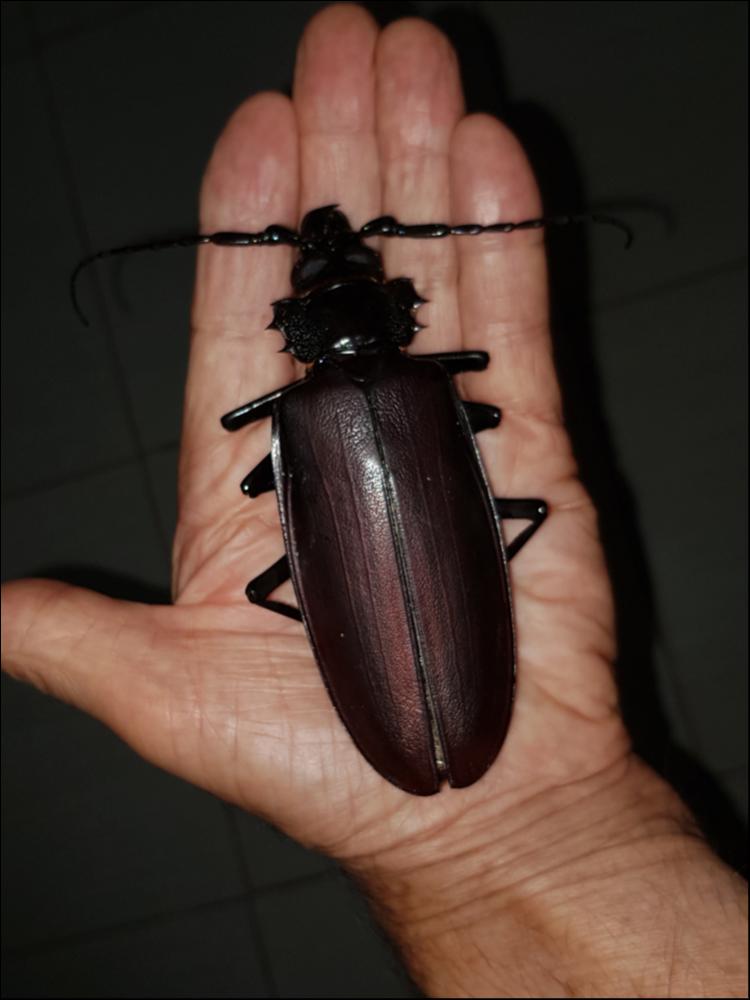