What is the fastest animal in the world? The answer isn't straightforward. Many factors — like gravity, wind, and animal size — must be considered. To boot, researchers have yet to clock the speeds of every earthly species. Plus, there's still some disagreement in the scientific community regarding the methodologies used for some of the current standings.

Large keel bones, pointed wings, stiff feathers, and exceptional respiratory systems all contribute to the peregrine falcon's speed. Its big keel bone increases flapping power; the pointed wings create a streamlined airfoil effect; and the animal's stiff, slim feathers reduce drag. Peregrines also have one-way airflow into their lungs and air sacs that remain inflated even when exhaling, which allows for optimal oxygen distribution. Additionally, the bird's 600 to 900 beats-per-minute heart rate means they can flap their wings up to four times per second, increasing their power and diminishing fatigue.

In addition to lightning-fast dives, these falcons enjoy the fastest visual processing speed of any animal tested so far. They can spot prey from over a kilometer away! To put it in perspective: If you show humans a succession of still pictures at 25 frames per second, we'll see a fluid "film." For peregrine falcons to experience the same "film" effect, the frame-per-second rate would need to be 129.

These birds are about the same size as crows.

The International Union for Conservation of Nature (IUCN) currently lists peregrine falcons as "least concerned." However, the species wasn't always in the clear, in large part because of the widespread use of the pesticide DDT, which can prove fatal to the falcon. During the 20th century, the species suffered mass casualties on account of the chemical and was added to the U.S. Endangered Species list. However, thanks to DDT restrictions and other conservation efforts, the falcons were removed from the list in 1999.

Visit the falcon encyclopedia page to learn more about this amazing species. 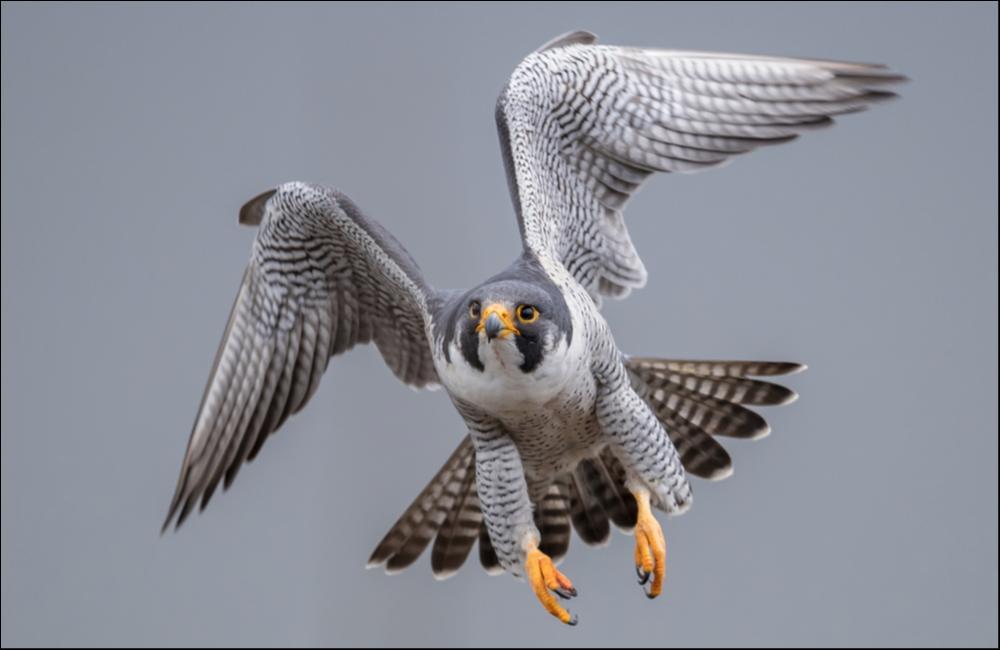 Found in North, Southern, and East Africa, the cheetah (Acinonyx jubatus) holds the title of the fastest land animal. A natural-born sprinter, cheetahs can reach a top running speed of 112 kilometers per hour (70 miles per hour). More impressively, the feline can accelerate from 0 to 60 miles per hour in just three short seconds! That's better than a sports car!

Cheetahs' spines, however, are the linchpin to the animal's speed. They're long, extraordinarily flexible, and act as a spring coil that allows the animal to maximize every stride. Lastly, cheetah muscles have a high percentage of what mammalogists call "fast-twitch fibers," which augment their power and speed.

Cheetahs, however, cannot sustain high speeds for long. They're sprinters, not marathon runners. It can take 30 minutes for a cheetah to recover from a 330-foot burst, which is about the length of a soccer field.

Currently, the IUCN lists cheetahs as "vulnerable." Due to heavy poaching, game hunting, and habitat destruction in the 20th century, the cheetah population has dwindled to about 7,100. Additionally, cheetahs are often exploited on the illegal pet trade market, and climate change is proving devastating to the species. 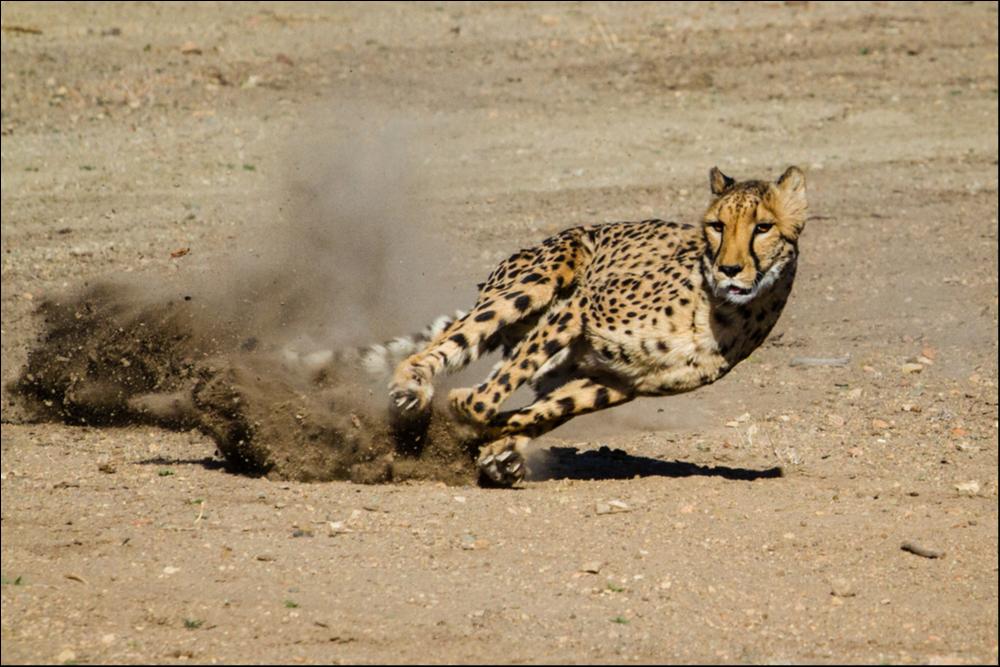 In 2009, researchers conducted a speed test of the species by attaching navigation tags to several animals. The scientists then tracked their flight speed with an aircraft. The test clocked one bat whizzing through the air, horizontally, at 160 kilometers per hour (99 miles per hour). The results catapulted the Mexican free-tailed bat to the top of the fastest mammals list.

However, not everyone is confident in the outcome. Some people dispute the claim because the test failed to adjust for wind and ground speeds. Plus, the results allowed for a 50- to 100-meter margin of error.

If the Mexican free-tailed bat loses its speed record, the animal still holds a bat superlative: it can fly higher than any other member of its order, Chiroptera. The winged mammals can cruise along at an altitude of 3,300 meters.

Read more about the amazing abilities of bats here. 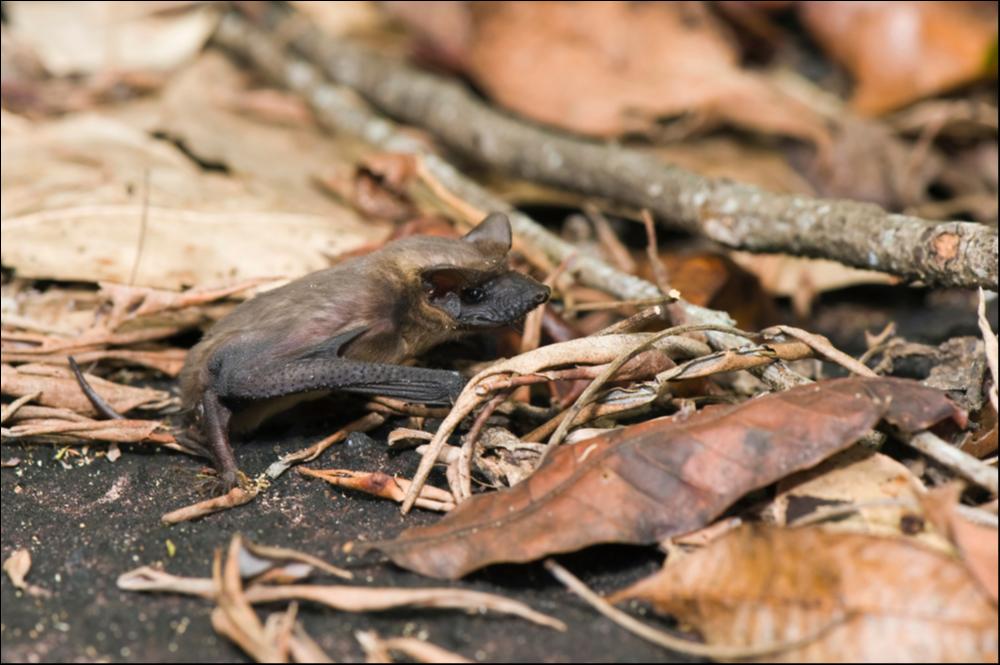 The fastest fish is the black marlin (Istiompax indica). A resident of the tropical and subtropical regions of the Indian and Pacific Oceans, black marlins can rev up to speeds of 129 kilometers per hour (80 miles per hour). Comparatively, black marlins swim faster than cheetahs run. To clock their speed, researchers measure how quickly a fishing line comes off the reel when anglers snag one.

Black marlins have several physical features that catapult it to the top of the fastest sea animal list. Its bill is long, thin, and sharp — ideally shaped to slice through the water quickly — and black marlins' rigid pectoral fins make the animal exceptionally aerodynamic. Also, black marlins have large, crescent-shaped tails that it deftly maneuvers to create power.

In addition to swimming fast, black marlins travel far. One animal, who was fitted with a tracking tag in California, was caught 10,000 miles away in New Zealand! They can also dive to depths of 610 meters (2000 feet). However, black marlins typically don't go below 183 meters (600 feet).

According to the IUCN, black marlins are "data deficient," meaning there's insufficient information to assess the species' conservation status adequately. However, they are commercially fished and sought as a prized game fish. 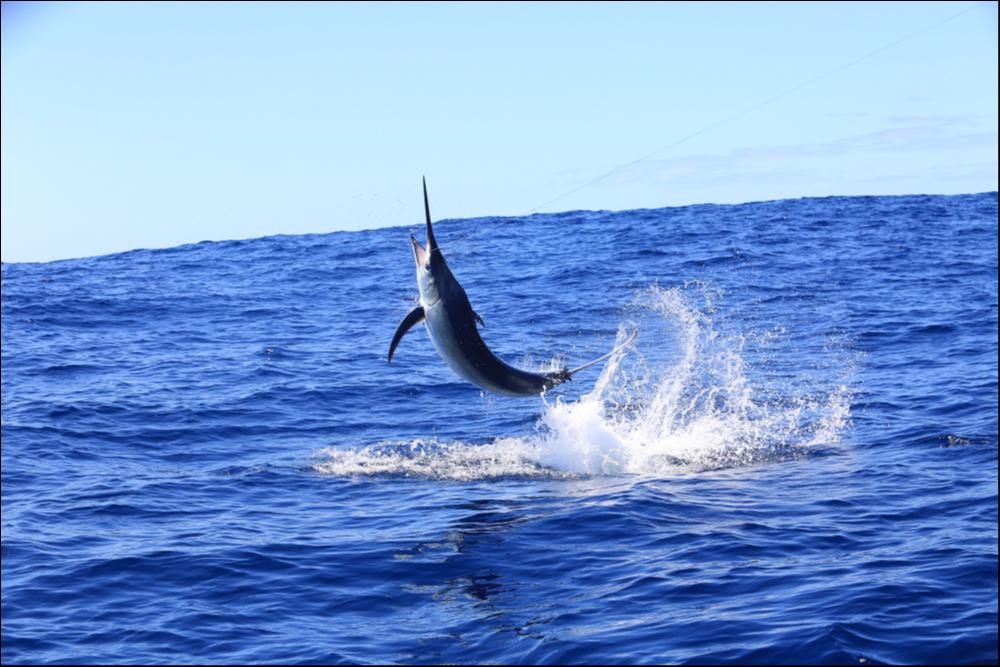 Horseflies (Tabanus sulcifrons), aka gadflies, currently sit atop the fastest insect list. Found worldwide, except in Iceland, Greenland, and Hawaii, horseflies can reach speeds of up to 145 kilometers per hour (90 miles per hour). Male horseflies are faster than their female counterparts.

Like the Mexican free-tailed bat, researchers dispute the horsefly's speed status. Jerry Butler, a scientist from the University of Florida, conducted the study that produced the 90 miles per hour result. Some of his peers, however, feel that the methodology used allowed for erroneous conclusions. People who reject Butler's findings usually list the desert locust (Schistocerca gregaria) as the fastest insect, with a reliable miles-per-hour rate of 21.

We should note that scientists have yet to do extensive insect-speed studies. As such, the horsefly's standing is liable to change as they do more research. What we do know is that in the late 19th century, American entomologist Charles Townsend claimed that deer botflies (Cephenemyia stimulator) could reach speeds of 1,287 kilometers per hour. That's faster than the speed of sound! But after advancements in tracking technology led to better studies, other entomologists burst Townsend's bubble. They proved that deer botflies only reached speeds of about 40 kilometers (25 miles) per hour.

Horseflies have a body length between 5 and 25 millimeters (0.2 and 1.0 inches) — which is about half as long as a golf tee. The largest ones have wingspans of up to 60 millimeters (2.4 inches).

Horseflies are so abundant that they do not have an IUCN classification. 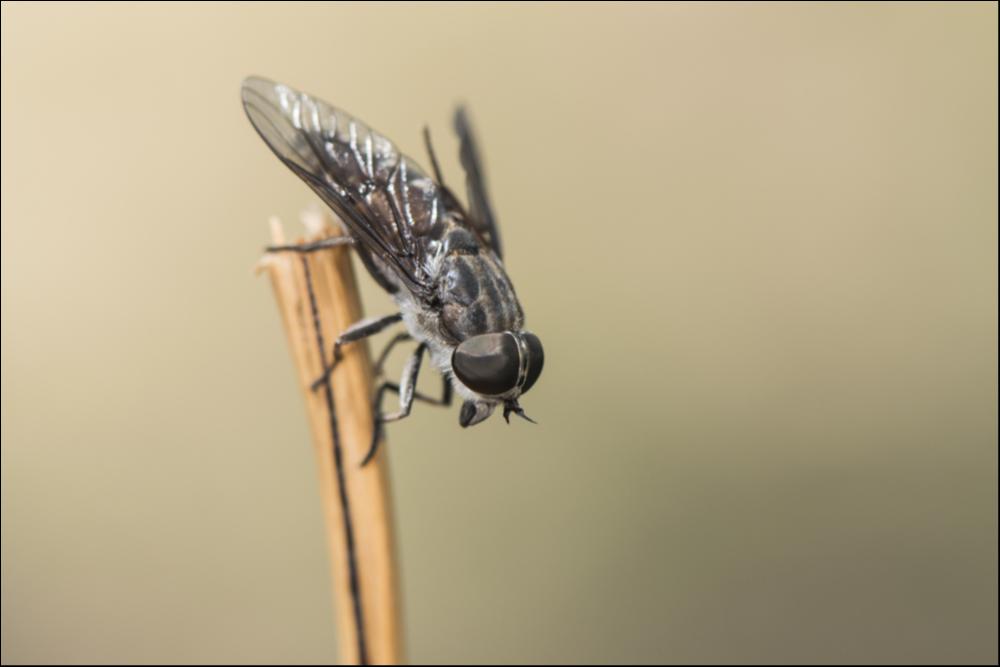 Nearly 9 million species populate the planet. Some are fast, and some are slow. Some are huge, and some are minuscule. But the one thing we all share is the same planet. So take time to read up on other species — because the more you know, the better planet custodian you'll be! Visit our endangered animals listing page to learn more about which species need your help most!