Hundreds of years ago, something peculiar happened…

How could that be possible? Well, today we know they were really finding teeth from megalodon (Otodus megalodon), the largest shark to ever live. 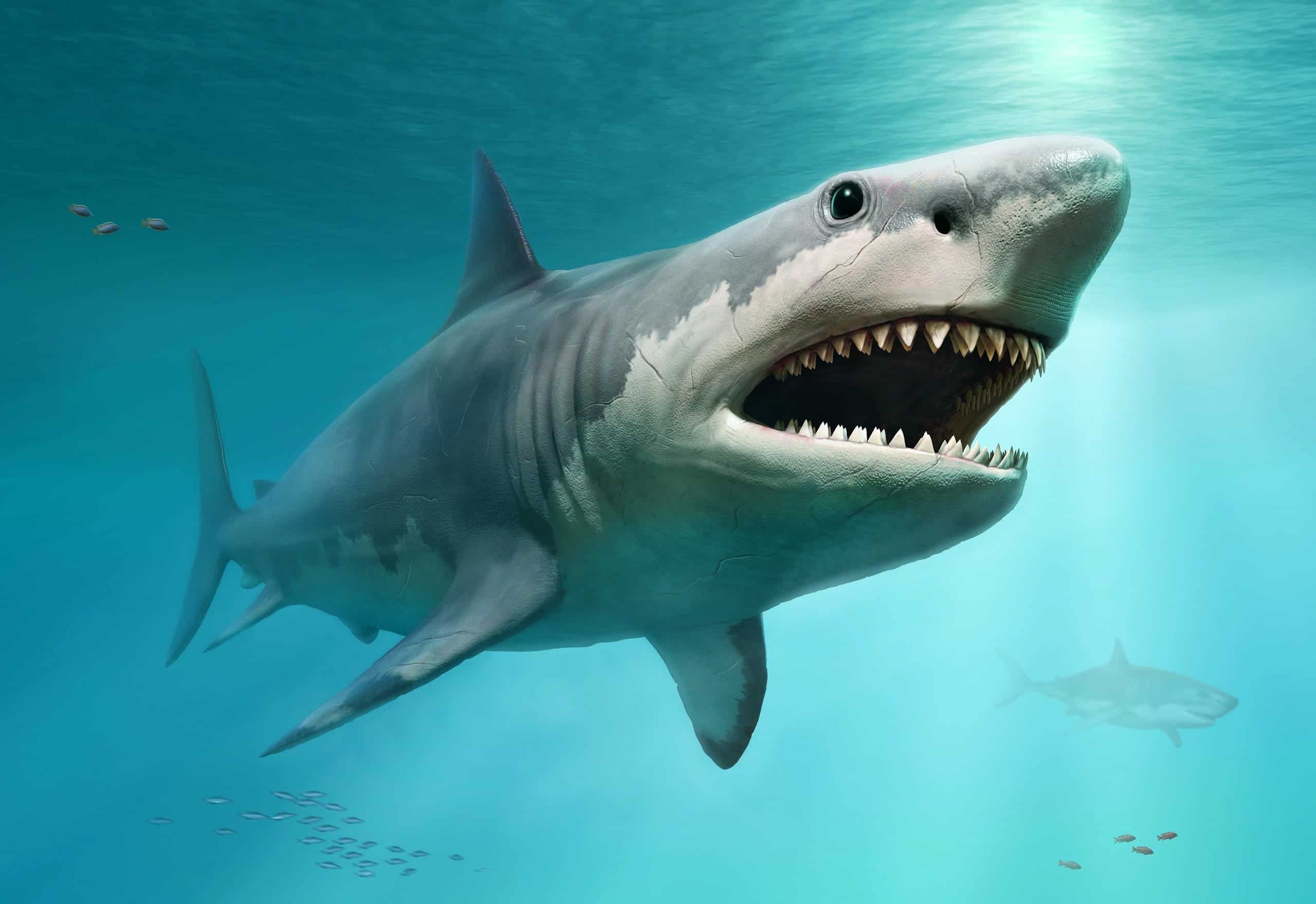 (Which, for perspective, a single megalodon was the weight of about 1,250 fully grown adults!)

Just this week, brand-new research was published on megalodon.

The largest other shark in megalodon’s ‘order’ reached just 7 meters (23 feet), just half megalodon’s length and a fraction it weight. This led the authors of the study to declare megalodon had “off-the-scale gigantism.”

Translation: there’s simply no shark we’ve ever found fossil evidence of that compares to megalodon. Its’s 10 times, 20 times, even 30X the mass of all other related sharks!

Yet, megalodon was far from the only ancient ‘giant of the deep’ that scientists have uncovered. Below, you’ll find 5 different giants of the sea that sometimes could be even larger (and potentially even more deadly predators) than megalodon itself! 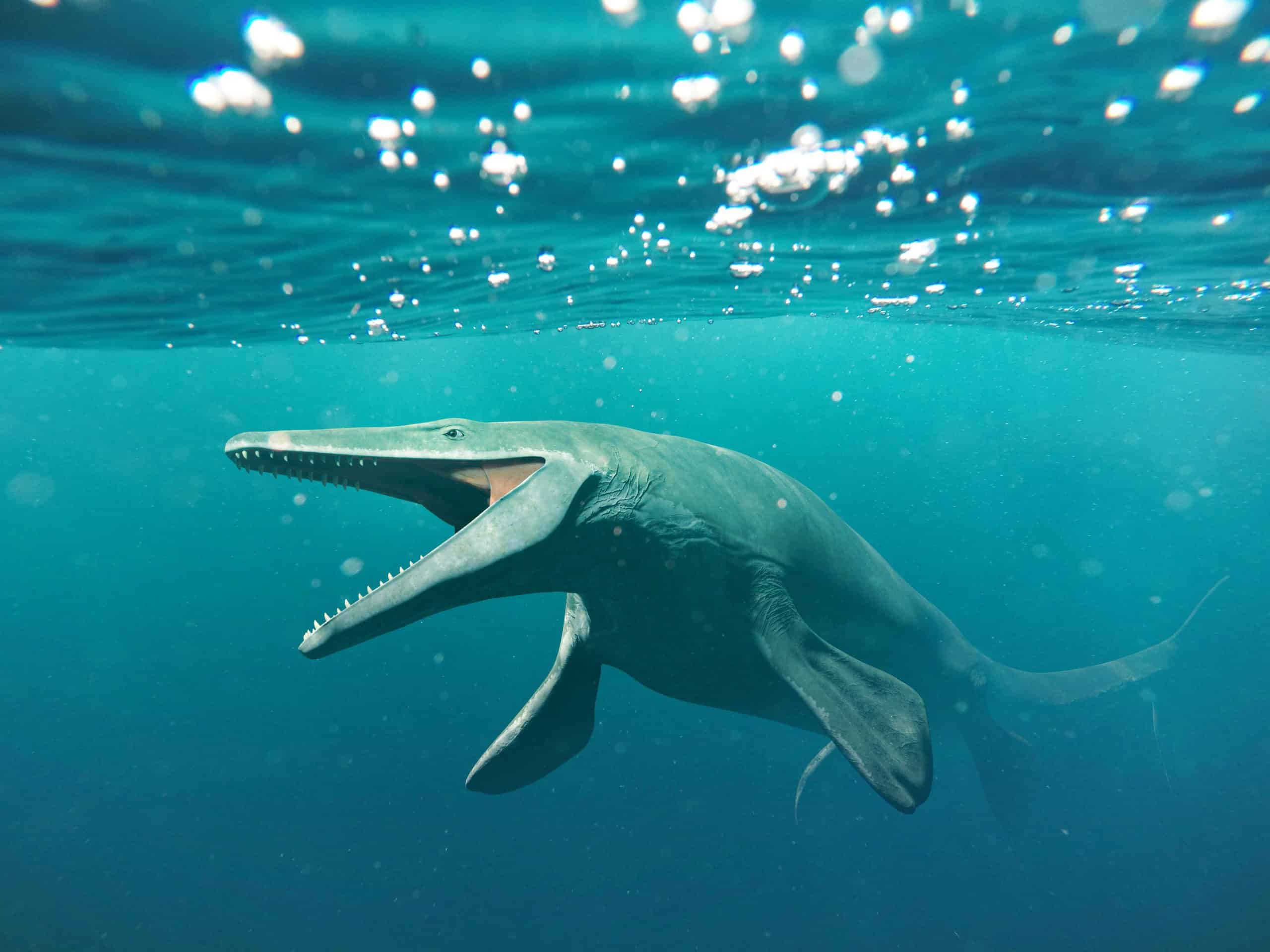 In the Cretaceous period (145.5 to 65.5 million years ago), a species of simply massive aquatic lizards roamed the world’s waterways.

The genus Mosasaurus was a group of reptiles that became apex predators during this time and grew to lengths recent estimates (Grigoriev, 2014) place at 56 feet. At the time, the Mosasaurus wouldn’t have encountered any sharks nearly the size of megalodon, although they would have had plenty of competition from other apex predators of the time such as Plesiosaurus. 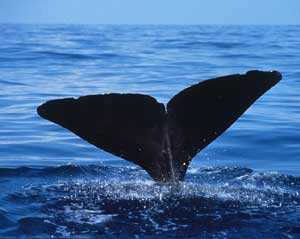 While megalodon was an order of magnitude larger than other sharks in its era, it faced competition from animals like Livyatan.

In today’s oceans, the emergence of killer whales sometimes make great white sharks flee incredible distances. In one encounter, after killer whales entered a great white’s hunting ground off California, the shark fled all the way to Hawaii! Like today’s largest sharks, megalodon also faced competition from a giant whale that hunted the same prey.

Its name was Livyatan, and it was a ferocious competitor to megalodon. Livyatan was about the same size as the massive shark, weighing an estimated 100,000 pounds and reaching up to 57 feet in length. In addition, Livyatan had incredibly large teeth that reached over a foot in length, making them the largest known biting teeth of any animal!

Like megalodon, Livyatan is believed to have died out between 3.6 and 2.6 millon years ago. It’s likely the two apex predators both struggled to adapt to climate change and the loss of their primary prey of small-to-medium size whales.

However, when it comes to survival, bigger isn’t always better. Recent research proposes that the much smaller great white shark actually helped cause the megalodon’s extinction!

The theory is that around the time when megalodon were struggling to adapt to cooling ocean climates, great white sharks evolved and began competing with juvenile megalodons and hunting smaller whales that were the megalodon’s primary prey. With both megalodon and Livyatan going extinct 2.6 to 3.6 million years ago, great white sharks and killer whales were left as much smaller apex predators of the seas.

Without the presence of massive predators, whales that filter-feed began growing to massive sizes. In fact, this development led to the evolution of the largest animal to ever live on Earth…

When it comes to size, the blue whale dwarfs even the largest megalodon estimates. It’s believed blue whales can reach a maximum length of 110 feet (34 meters) and weigh up to 200 tons (400,000 pounds!).

But, is the blue whale truly the biggest animal ever?

The biggest animals ever is…

Reaching a weight of 400,000 pounds (200 tons), the blue whale is the largest known animal to live on Earth. However, there are many ‘incomplete fossils’ that could point toward creatures that could challenge the blue whale’s title as the biggest animal ever.

For example, in 2018 paleontologists discovered a 3-foot jaw segment belonging to a newly discovered ichthyosaur. Comparing the jaw segment to more complete ichthyosaur fossils yields an estimate of an animal that could have grown to 85-feet in size and roamed the oceans about 200 million years ago! At that size the creature could weight more than any blue whale that’s ever been discovered.

The bottom line: today the blue whale is the largest known animal to have ever lived the Earth, but in the decades to come, more complete fossil discoveries could re-write the history books!