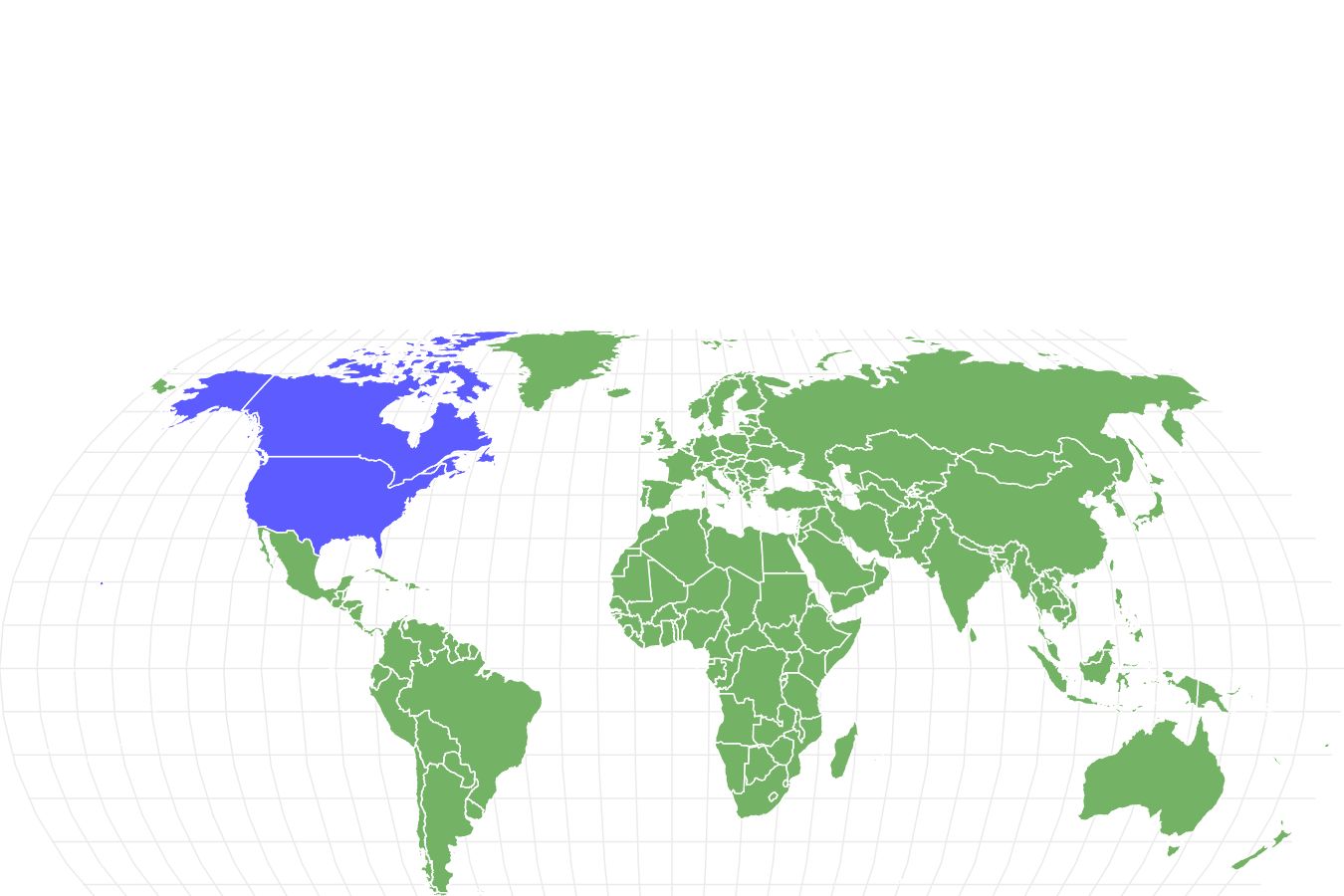 View all of our Fisher Cat pictures in the gallery.

View all of the Fisher Cat images!

The fisher cat is secretive and difficult to find; many misconceptions about them still thrive.

These misconceptions begin with the name itself. The fisher is not a cat at all, but a type of weasel. It also does not eat fish of any kind. Instead, the name seems to derive from its resemblance to the European polecat (also known as a fiche in French). Early European biologists drew a natural comparison to the animal they were already familiar with. By the 20th century, human activity had dramatically reduced the natural range of this mammal, but recent improvements in their numbers may be forcing them into closer proximity with people.

The scientific name of the fisher is Pekania pennanti. It was named in honor of the Welsh nationalist Thomas Pennant, who described the animal in 1771 (though he was by no means the first to do so). There is some debate about the fisher’s genus. Taxonomists used to place it in the genus of Martes, along with the American marten, European pine marten, etc. But based on genetic analysis, taxonomists are now more inclined to place it in a separate genus, Pekania, of which it’s the only living member. Pekania derives from the native Abenaki term for this animal.

The fisher shares many physical similarities in common with the closely related marten and other members of the weasel family. These include a long, lithe body (low to the ground), short legs, a big, bushy tail, rounded ears, and a tapered muzzle. The feet are large and padded, which allow them to move ably across the light snow, and contain retractable claws.

The coat usually comes in various shades of brown, ranging from light to dark, with gold or silver markings around the head and shoulders. Both the color and density of the coat may differ between individuals and even between the seasons. Summer brings a kind of mottled appearance, as the fisher undergoes the molting process, whereas the coat is thickest and darkest during the winter.

The body of adult fishers measures between 20 and 25 inches long (about the same size as the short-legged Dachshund); the tail adds another 13 to 16.5 inches. Altogether, the entire animal weighs between 3 and 15 pounds. Males are generally larger and also have coarser hair than females. Otherwise, their physical appearance is similar.

The fisher’s naturally reclusive nature has made it somewhat difficult to study in the wild. From what we understand, it appears to be a solitary species that maintains a defined territory a few square miles large. The fisher does not generally interact with other members of the same species outside of the breeding season. This is supported by the fact that male fishers in particular tend to be quite aggressive toward each other. However, the home range of a male may overlap with the range of a few females, which helps facilitate interactions in the breeding season.

Fishers mostly rely upon their excellent sense of smell, hearing, and sight to interact with the world around them and find suitable prey. They are active all year round and probably do most of their hunting in the twilight hours. Scent markings appear to be the main means of communication with other members of the same species.

The fishers are native to the northern boreal and mixed forests of the United States and Canada, stretching from the Atlantic to the Pacific coasts. Their range extends as far south as the Sierra Nevada in California and perhaps even to the Appalachians in Virginia, although they do not occur in the prairies or the south.

Fishers prefer to keep a year-round nest in hollow sections of trees high up in the canopy, where they’re generally safe from threats. Fishers also use stumps, holes, brush piles, and branches strewn around their territory as resting sites. Ground burrows with long, narrow tunnels are generally maintained in the winter.

Habitat loss and hunting appear to be the main threats to the fisher. Since the 18th century, European trappers have prized the quality of their winter fur for the creation of scarves and neckpieces. This has also coincided with the loss of forest habitats in many areas of North America. Population numbers likewise fell over the same time period.

In Minnesota, the fisher population has declined by some 50% and has yet to recover. One problem is that fishers rely on old or mature trees with a large enough hollow to fit inside. Logging continuously disrupts their natural habitat.

What eats the fisher cat?

Fishers are sometimes preyed upon by foxes, bobcats, lynxes, and hawks. An adult fisher is generally large and aggressive enough to avoid predation, but the juveniles are far more vulnerable to danger.

What does the fisher cat eat?

The fisher will eat almost anything it feels confident enough to hunt. Its carnivorous diet primarily consists of rodents, hares, shrews, porcupines, and birds, sometimes supplemented with fruits, mushrooms, and nuts. It also won’t pass up an easy meal from a dead carcass. The fisher is one of the few predators long and flexible to fit inside holes and hollows while simultaneously possessing the ability to climb trees with excellent speed and agility.

There is still a lot we don’t know about the fisher’s mating practices, including how it attracts a mate and how long they remain together. From all the information scientists have gathered, we do know that its mating season generally lasts between the late winter and early spring. This timing can vary somewhat by location.

Once the fisher has mated, the female has the unusual ability to delay implementation of the fertilized egg until the next reproductive cycle. The embryo can remain in this state of suspended development for up to 10 or 11 months, while the actual embryonic development only lasts about a month or two. After a long gestation period lasting almost a year, the mother will finally produce a litter of one to six kits at a time. Each baby is born completely blind and helpless, weighing a mere 40 grams each, with only a very fine coat of hair.

The mother bears sole responsibility for raising the baby kits, while the father plays no role at all. The kits will depend on her for everything until their eyes begin to open after about 50 days. It takes about eight to 16 weeks before they are fully weaned from their mother’s milk, and by the four-month mark, she has most likely taught the baby kits how to hunt. They will disperse from the den about a month later.

Females will start to become sexually active after their first year. Due to the fact that they can suspend embryonic development for nearly a year, and they can mate again almost immediately after giving birth, they spend almost all of their adult lives in a state of perpetual pregnancy or lactation. Males, by contrast, take about two years to reach full sexual maturity and devote only a small portion of their lives to reproduction. If they end up surviving their juvenile phase, then fishers can live up to 10 years in the wild.

The fisher is currently classified as a species of least concern by the IUCN Red List. It is estimated that around 100,000 fishers still remain in the wild. With the decline of the fur trade and the restoration of some parts of its former habitat, the prospects for the fisher have improved considerably, but it still may be under threat in certain areas of North America.

What is a fisher cat?

The fisher is a type of somewhat arboreal mammal with a long body, short legs, and dense, dark fur. As a member of the weasel family, it’s closely related to the marten.

The fisher is actually omnivorous, but the bulk of its diet consists mainly of carnivorous meat. Fruits and other plant matter are a supplement to its normal diet.

Fishers will make a subtle chuckling or growling sound, but smell appears to be its main means of communication, not vocalizations.

Aggressive encounters are very rare. The fisher will only ever attack a person if it feels threatened or scared. People can avoid encounters with fishers by taking care of garbage, pet food, or any other food that might attract it.

Why do fisher cats scream?

There is actually minimal evidence to support the notion that fishers scream. This sound is probably made by a fox and then misattributed to the fisher.

Where do fisher cats live?

Fishers mostly reside in forests and the hollows of trees. Their range extends across the northern United States and parts of Canada.

Can a fisher cat kill a human?

There is no evidence that a fisher has ever killed a human, but there have been reports of attacks on young children and domesticated animals, mostly against cats. These are exceptionally rare; fishers will almost always try to avoid contact with other animals that may pose a threat to them. As fishers become more common, though, they may be much bolder about wandering into suburban areas.

The fisher’s front tracks measure 2.5 to 4 inches wide. It actually has five toes and a C-shaped metacarpal pad, but the innermost toe may not always leave behind an imprint. The hind tracks are very similar, except they measure 2 to 3 inches in width.