West Virginia has long promoted itself as “wild and wonderful,” and there are good reasons for that. Known as the “Mountain State” and the “Switzerland of America,” West Virginia is home to spectacularly scenic mountains, valleys, and rivers. The Allegheny mountains provide a rugged backdrop to thousands of mountain streams and lakes. Forests cover more than 75% of the state. These forest trees range from hardwoods like oak, yellow poplar, and maple, to softwoods like loblolly pine, white pine, and spruce. The forests also have sycamores, chestnuts, elms, and dogwoods.

These wild landscapes are home to many animals, including:

The Official Animal of West Virginia

The state adopted the black bear as its official state animal in 1973. At that time, black bears were on the verge of becoming extinct. Since then, conservationists have seen the bear population grow. Today, black bears live in 55 counties of West Virginia and are no longer considered endangered.

Where To Find the Top Wild Animals in West Virginia

West Virginia is a popular tourist attraction for visitors who want to experience outdoor activities in a wild setting where the chances to see wildlife are high.

There are more than 35 state parks in West Virginia. These are the most common places to see West Virginia’s native animals.

In these scenic parks, you are likely to see common mammals like chipmunks, squirrels, and wolves. Amphibians and reptiles you may see include eastern milk snakes (Lampropeltis triangulum), northern red salamanders (Pseudotriton ruber), and spring peepers (Pseudacris crucifer), the much-loved frogs common to many eastern states.

You can spot many birds in West Virginia, including great blue herons (Ardea herodias), Carolina wrens (Hryothorus ludovicianus), eastern screech owls (Megascops asio), and ruby-throated hummingbirds (Archiloshus colubris). Many strange, sought-after birds live in West Virginia, including Kirtland’s warbler, one of the rarest birds in the world, and the cerulean warbler, a beautiful, rare songbird.

The Most Dangerous Animals in West Virginia

Despite these and other dangerous animals, the strange fact is that most animal deaths in West Virginia are caused by common insects like wasp and hornets. People with severe insect venom allergies should protect themselves against these biting and stinging insects.

Although West Virginia has an abundance of natural places, the state also has a history of political hostility to environmental protection. It has many ecological problems caused by extensive coal mining and other industrial operations. In recent decades, the state has made conservation a priority and increased its reliance on ecological tourism. These conservation measures have reversed some of the damage to the state’s beautiful natural resources.

A Wild and Wonderful State for Animals

West Virginia is known for its scenic mountains, magnificent forests, and rugged streams. These natural ecosystems provide shelter for large numbers of wildlife, birds, and reptiles. As a popular tourist destination for wildlife lovers, the state has a strong chance to preserve its many wild, beautiful places.

What Animals Live in West Virginia?

West Virginia has many of the common animals you’ll find in forested, mountainous eastern states. These include:

The state does not have many animals you would consider strange or exotic. Its invasive mammals include the wild pig and wild boar populations, which were introduced by pig owners. Fortunately, these wild swine stay in small areas where they can’t cause the environmental damage they cause in other states.

What Predators Are in West Virginia?

Are There Big Cats in West Virginia?

Bobcats and cougars are the only native species of big cat in West Virginia.

Are There Grizzly Bears in West Virginia?

No, West Virginia does not have grizzlies. 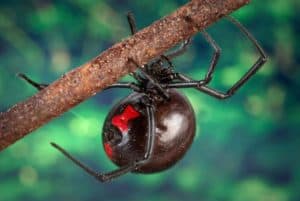 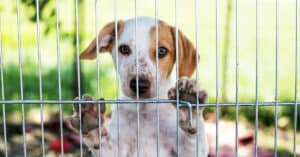 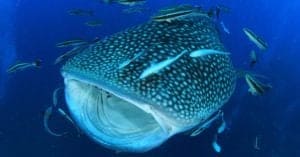