Swims with its mouth open to capture prey 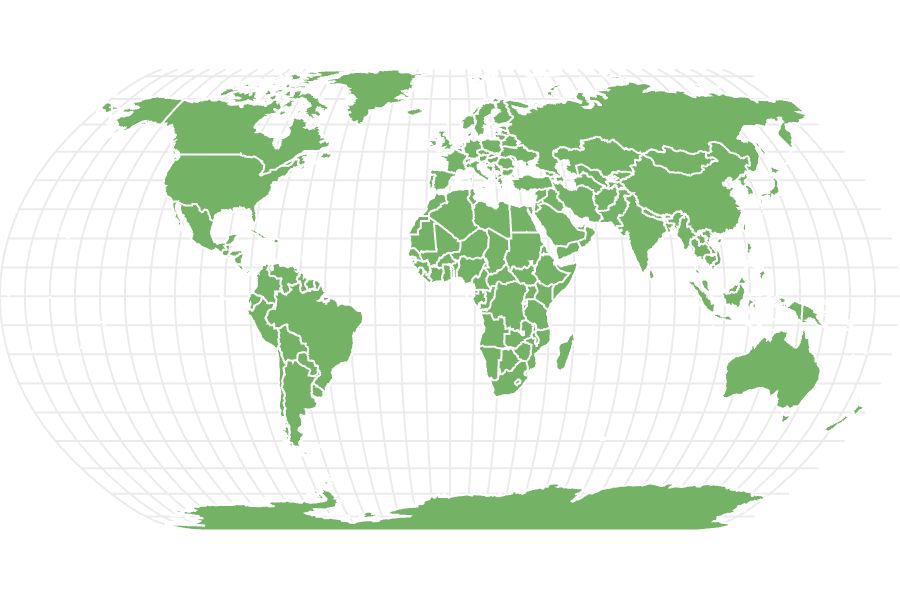 View all of our Megamouth Shark pictures in the gallery.

View all of the Megamouth Shark images!

The megamouth shark is also known as the big mouth shark.

One of the most interesting facts about this shark is it was first spotted just a few decades ago in 1976. It’s a deepwater shark that’s rarely seen by humans making it all the more mysterious. The megamouth shark swims along slowly with its tremendous mouth open sucking in small sea creatures such as plankton, shrimp, and krill. This process is called filter-feeding.

The scientific name of this shark is Megachasma pelagios. It’s known as the megamouth shark and sometimes called a big mouth shark. It belongs to the Megachasmidae family and is in the Chondrichthyes class.

This shark is one species belonging to the Megachasmidae family. It’s similar to (but smaller than) a couple of other filter-feeding sharks including the basking shark and the whale shark.

The upper half of a megamouth shark is black, gray, or brown while its belly is cream or white. This deepwater shark is covered in scales, also called denticles. Denticles are different sizes and shapes depending on where they are on a shark’s body. They serve to protect the shark’s body from sharp rocks. Denticles also protect a shark from parasites.

These sharks have rounded heads featuring huge mouths. In fact, its mouth can measure four feet across! This shark’s mouth is full of small, hooked teeth. They have two small dorsal fins as well as a large pectoral fin and caudal fin. Male megamouth sharks grow to an average of 13 feet long while females average 16 feet in size. The average weight of this shark is 1,760 pounds. Male sharks can reach a size of 18 feet. Alternatively, the maximum length for a female shark is 23 feet.

These sharks live in tropical, temperate oceans including the Indian, Pacific, and the Atlantic Ocean. Back in 1976, the first sighting of this shark occurred near the Hawaiian coast. Since then, they have been seen off the coast of Australia, Africa, Mexico, and even California. There seem to be more sightings of them close to Asia. Specifically, they’ve been seen off the coast of Taiwan, Japan, and the Philippines. Megamouth sharks can swim at depths of 15,000 feet as well as near the surface. These saltwater sharks move to different depths of the ocean to find prey.

These large sharks remain hidden from humans most of the time. But just because they are hidden doesn’t mean this species is Extinct. The IUCN Red List of Threatened Species states that the population of this shark is unknown, but it has a conservation status of Least Concern.

These sharks are carnivores, filter-feeding on very small prey. This means it swims along slowly with its mouth open, sifting through the water in search of small sea creatures to eat.

What eats the megamouth shark?

Humans are also predators of these deepwater sharks. When adult or juvenile sharks end up in commercial fishing nets, it’s usually by accident.

The conservation status of this shark is Least Concern. The biggest threat to this species is getting caught in a fishing net. Though this is a significant threat, it hasn’t put them in danger of going extinct.

What does the megamouth shark eat?

The prey of this shark includes krill, plankton, jellyfish, shrimp, and copepods.

These sharks are sexually mature when they reach a size of around 13 feet long. The shark babies, or pups, develop inside the female. The pups nourish themselves on yolk sacs inside their mother. The gestation period along with the number of pups in a litter are both unknown. But marine biologists know the mother gives live birth to her pups, and they begin filter-feeding right away. The lifespan of these sharks is unknown.

Megamouth Shark in Fishing and Cooking

Commercial fishermen don’t go out in pursuit of these sharks. However, these large sharks sometimes end up in commercial fishing nets meant for other fish. This is referred to as bycatch. A shark may die after being trapped in a commercial fisherman’s net. Or, if it’s still alive, fishermen may set it free.

Where are megamouth sharks found?

Megamouth sharks swim in temperate, tropical waters and have been seen in the Pacific, Atlantic and Indian Oceans. While they spend time swimming near the surface, their main habitat is deep underwater. There have been sightings off the coast of Australia, Africa, Mexico, and the Philippines just to name a few.

What does a megamouth shark eat?

No. Though they can reach a size of 18 feet or longer and register a weight of over 2,000 pounds, these sharks are not dangerous. In fact, they have been described as gentle.

Why are megamouth sharks rare?

These deepwater sharks are considered rare because they simply aren’t seen very often. This is another reason why there are so few facts known about this species!

How many megamouth sharks are left?

The population of the megamouth shark along with its lifespan are unknown. But remember, just because they are rarely seen doesn’t mean they’re extinct.

Do megamouth sharks have teeth?

Yes. Marine biologists who study the megamouth shark have noted the presence of 50 rows of tiny teeth on its upper and lower jaws.