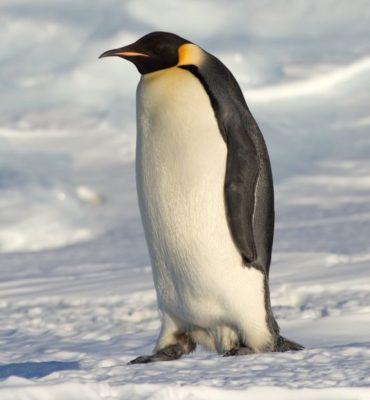 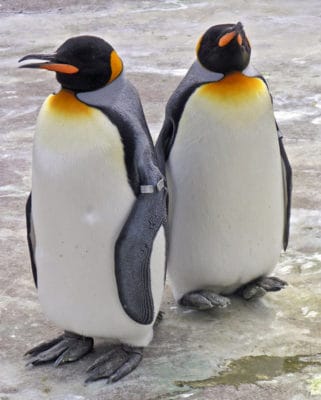 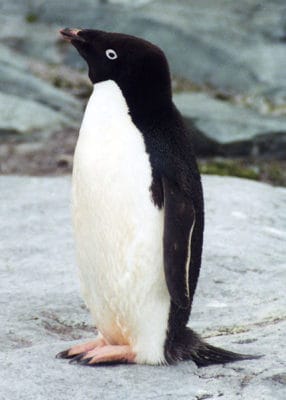 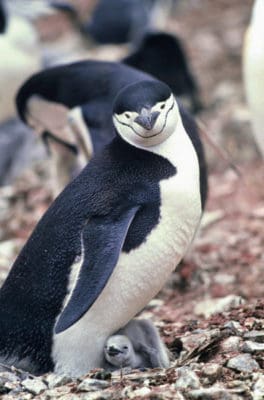 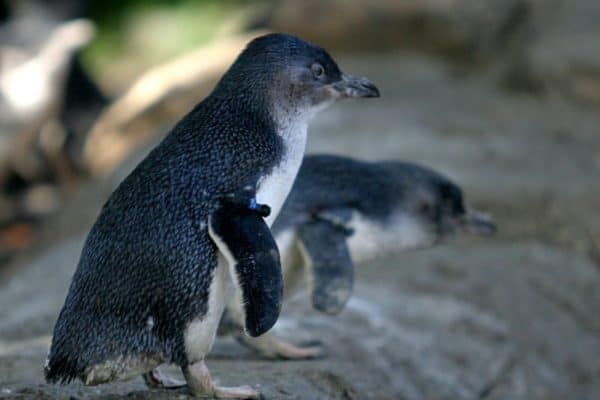 Penguins are one of the most beloved animals on the planet!

Their tuxedo coloring, adorable waddle, and cute faces make penguins one of the most beloved animals in the world. From the equatorial deserts of Africa to the Nordic grasslands of Scandinavia, humans can’t help but ooooh and awww over the aquatic, flightless birds! A lot of folks mistakenly believe that penguins only live in the North and South Poles, but in reality, they live throughout the Southern Hemisphere. One species even nests close to the equator. However, none live in or around the Arctic Circle.

Scientists are locked in a debate about penguin taxonomy and genetic links, but they all agree that at least 15 species currently inhabit the earth.

The exact etymology of the word "penguin" is up for debate. The word first appeared in the 1700s as a synonym for the great auk, a now-extinct marine bird that sported similar coloring to penguins but wasn't related. Some believe the made-up synonym derived from the French word "pingouin," which sailors used for auk birds.

Penguins have a signature look: black backs and white fronts. The technical term for their coloring is "counter-shading." It's an evolutionary advantage that serves as spectacular camouflage because penguin predators have difficulty distinguishing between a white underbelly and reflective water surface. On land, the black back helps penguins blend into the rocky terrain on which many species nest and breed.

They may look sleek and leathery, but penguins are covered in feathers, and their plumage serves two primary purposes. Firstly, it helps with buoyancy and contributes to their agile swimming skills. Secondly, penguin feathers act as insulation, which allows the birds to withstand frigid water and air temperatures.

Several penguin species have a distinct aesthetic flare. Rockhoppers sport fancy crests and feathers on their heads. Chinstrap penguins feature a white band across their jaw areas, and golden feathers adorn the necks and heads of giant penguins. Cape penguins don distinctive pink patches above their eyes, and little blue penguins have blue-tinted feathers instead of jet black.

Every so often, a penguin is born with light-brown feathers instead of black. They're known as isabelline penguins, and they tend to live shorter lives because of their inferior camouflage — but they are beautiful! 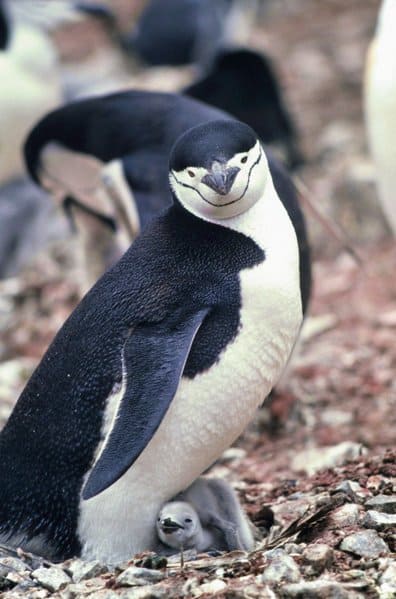 When land-bound and standing upright, penguins use their tails and wings for balance. If time is of the essence, penguins slide on their bellies and use their feet to propel and steer. The technique is called “tobogganing.” Penguins are also skilled jumpers and do so when traversing prickly terrain.

Penguins are very social animals that hang out in large groups called colonies. As such, they’ve developed vocal and visual communication skills and standards. Adult male penguins are "cocks," and females are "hens." A group of penguins on land is called a "waddle"; a group in the water is a "raft."

Wild penguins live almost exclusively in the Southern Hemisphere, save for banded penguins, which live near the equator and sometimes migrate into the Northern Hemisphere. Significant populations exist in Angola, Antarctica, Argentina, Australia, Chile, Namibia, New Zealand, South Africa, and the Falkland Islands. Furthermore, penguins in captivity live in zoos and animal sanctuaries around the world.

The chart below details specific habitat regions for the different penguin species.

Primary Locations of Penguin Species Around the World

All penguins are carnivores that dine on marine life. They’re pescatarians! Specific diets, however, are regionally dependent. The chart below details the regular menu for each animal.

What Different Species of Penguins Eat

Penguins breed on either ice blocks or rocky outcrops. Except for yellow-eyed and Fiordland species, penguins breed in large colonies, ranging from 100 pairs to hundreds of thousands for the chinstrap, king, and Macaroni.

Penguins stay monogamous for the breeding season, but chinstrap penguins often mate for life! Most pairs produce two eggs per clutch. Larger penguins, aka the “great penguins,” only lay one. Most species only lay one brood per mating season, but little penguins may lay several.

Relative to adult penguins’ sizes, their eggs are small. However, the shells are extra-thick and serve as protection against rough terrain. Fascinatingly, when Aptenodytes forsteri (emperor penguins) lose an egg or a chick, they try to kidnap another pair’s offspring. Penguin snatching seldom succeeds, but it doesn’t stop them from trying!

Aptenodytes forsteri males handle all the incubation duties. Both parents share responsibility in the other species. Incubation shifts can last days or weeks while one parent heads out to forage for food.

Baby penguins are called “chicks” or “nestlings.” When they gather in a group, it’s called a “crèches.” Newborn penguins are dependent on their parents until they grow waterproof feathers. For some species, that may only be seven to nine weeks. For other species, it may be as long as 13 months.

A penguin’s life expectancy is dependent on species, but ranges from 6 to 30 years.

Some penguin species are stable. Climate change and human encroachment, however, are pushing others closer to extinction. Below, is an outline of penguin population estimates, in addition to their conservation status according to the International Union for the Conservation of Nature (IUCN).

Are penguins Herbivores, Carnivores, or Omnivores?

Penguins are carnivores who eat a seafood-based diet of various marine life, including squid, krill, fish, and crustaceans.

Although penguins have wings, unlike most other bird species, they can not fly. However, their wings still get a lot of use since they have evolved to help penguins swim! In a way, they are just flying underwater.

Why do penguins waddle?

As an observer, seeing a penguin waddle may not seem like a very efficient way of moving, but it is actually a great use of their short legs and big feet - which evolved that way for swimming. By swaying back and forth and using gravity to their advantage, penguins are able to move without wasting unnecessary energy.

Generally, penguins aren’t afraid of humans. Nor do they act aggressively. However, penguins typically don’t get closer than 3 meters (9 feet) to people and humans should respect their space as well.

The story of Lala testifies to penguins’ affinity with people. Found tangled in a fisherman’s net with a broken beak and wing, Lala found temporary salvation on the rescue vessel. Once they returned home, the fisherman gave Lala to the Nishimoto family, the neighborhood animal doctors, who built him a refrigerated room and nursed him back to health! Lala grew so attached to the family that he didn’t want to leave. So every day, Lala accompanied the family to the fish market. Soon, he started going by himself and dutifully returning to his refrigerated palace! In short order, everyone in town had met the popular penguin, and Lala started running errands for the family using a specially designed backpack!

Although penguins are gentle animals, it’s always wise to keep one’s distance unless a trained handler is around.

What Are Some Interesting Facts About Penguins?