The zebra pleco is a bottom feeder with a sucker mouth. 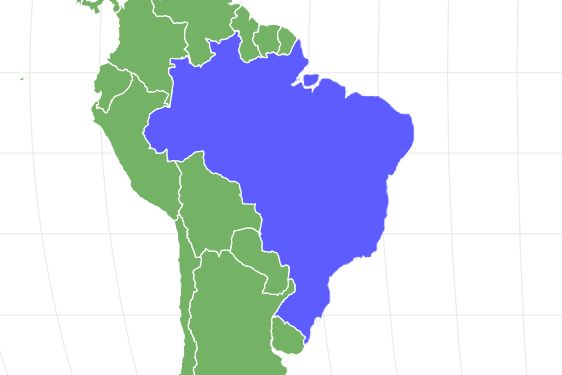 View all of our Zebra Pleco pictures in the gallery.

View all of the Zebra Pleco images!

The most prominent feature is the zebra-like stripes covering the body. This gives it a unique look compared to other fish in the aquarium.

The zebra pleco is a small species of freshwater catfish, adorned with luxurious stripes and characterized by a docile temperament. First discovered in 1991, it quickly became a popular fish in the exotic pet trade until the Brazilian government banned the practice several years later. Today many zebra plecos destined for the aquarium are raised in captivity instead.

The scientific name of the zebra pleco is Hypancistrus zebra. The species name is self-explanatory, but the genus name requires some explanation. It may be a combination of the Greek words “hypo” (meaning beneath, under, or less than) and “agkistron” (which means hook). The meaning of this name becomes more clear when you consider the closely related genus of Ancistrus, which has hook-shaped structures on the outside of the body. Hypancistrus may therefore imply that the genus lacks these hook-like structures. There are eight recognized species within this genus, but since it’s a newly discovered type of fish, there may be many more unknown species out there.

The zebra pleco is a small fish, measuring no more than 4 inches long, with black and white stripes and four whiskers situated around the sucker-like mouth. The body itself is covered in armored scutes (the same substance as crocodile skin and bird feet) rather than scales. Some of the fins also form the shape of sharp spines at the ends. The sexual differences of this species are subtle, but they do exist. The males have a more prominent forehead and more spines on their fins.

This fish can be found along the length of the Xingu River, a tributary of the Amazon River, in the interior of Brazil. However, the population has been severely disrupted by the construction of the Belo Monte Dam near the mouth of the river. While it hasn’t been assessed by the IUCN Red List, this species could be endangered in the wild. Poaching is also a threat, but most aquarium fish come from captive breeding programs around the world.

The zebra pleco is an omnivorous species. When it isn’t hiding in caves or rocks, this fish spends most of the day sucking up small food bits from the bottom of the river.

What eats the zebra pleco?

The zebra pleco is preyed upon by larger fish in its natural habitat. The hair-like spines help them fend off potential predators (as well as rivals). The armored scutes also provide a degree of protection.

What does the zebra pleco eat?

In the wild, the zebra pleco usually eats some combination of algae, detritus (organic matter), seeds, and other small morsels. In captivity, they enjoy protein-rich pellets, live or freeze-dried food (such as bloodworms and brine shrimp), and the occasional algae wafer or blanched vegetable.

The zebra pleco will spawn in the warm rainy season between July and September when the water temperature rises to around 82 degrees Fahrenheit. The male will chase or trap a female in a cave, where she will release about 15 eggs for the male to fertilize externally. He may sometimes bite into her body and hold her down until she releases her eggs.

After the eggs are fertilized, it will take about a week for them to hatch. The male will stand guard over them until they hatch and possibly for a few days afterward. The young fry will have yolk sacs attached to their bellies for the next few days until they’re old enough to fend for themselves. It takes about two and a half months before they’ve grown to an inch in size. The lifespan is around 10 to 15 years.

Zebra Pleco in Fishing and Cooking

The zebra pleco is not usually caught or eaten by people.

View all 9 animals that start with Z

Why are zebra plecos so expensive?

The zebra pleco is considered to be an “exotic” fish. It takes some effort to raise them in captivity.

How big do zebra plecos get?

Are zebra plecos hard to care for?

While it isn’t too difficult to care for a zebra pleco, they do have specific needs. The minimum tank size should be around 30 gallons with low lighting and fast-moving and strong water flow. The water temperature should be somewhere between 78 and 86 degrees Fahrenheit (26 and 30 degrees Celsius). The aquarium needs plenty of rocks, driftwood, and caverns so the zebrafish can hide for safety. Fine sand or river gravel should serve as an adequate substrate. Since they aren’t picky about vegetation, the plant cover should be up to the owner’s discretion. They do require clean and healthy water, however. It’s a good idea to change about 20% of the water every week to maintain proper health.

Another important aspect of its care is the choice of tank mates. While the zebra pleco can be a little territorial around members of their own species, they should get along with peaceful, non-aggressive tank mates that won’t compete against them for food. Because of their shy and docile temperament, it might be a good idea to feed them separately from the other fish to prevent any problems. Sinking pellets usually work better than flakes. The cardinal tetra, phantom tetra, harlequin rasbora, and dwarf cichlids are all good choices for potential tank mates – basically any non-aggressive fish with a good temperament that tolerates the same conditions.

What is the price of a zebra pleco?

The price of a zebra pleco is normally between $200 and $300. Obviously, because the price can be quite a barrier, these fish are more popular with experienced or hardcore aquarium owners who raise tropical or exotic fish.

Where can I buy a zebra pleco?

Since these are relatively uncommon fish, you may need to shop at a specialty fish store.

How many babies do zebra pleco have?

The female will normally lay about seven to 15 eggs at a time. The first batch of eggs may not produce viable offspring, however.

How many zebra pleco are needed to breed?

The zebra pleco will normally reproduce with just a single mating pair. The water temperature will need to be around 82 degrees Fahrenheit or more before they will spawn. It’s also a good idea to simulate the conditions of the rainy season with extra water, purified or distilled.