Cuttlefish look like a mix between an octopus and a squid. They are smaller than an octopus but have eight tentacles like an octopus. They can also change color and pattern to match their surroundings! Let’s look at 10 cuttlefish facts that are downright impressive!

1. Cuttlefish are smart! They can learn to delay gratification!

Cuttlefish have the largest brain of all invertebrate animals. But does that mean they are also smart? The Stanford Marshmallow Experiment of 1972 tested to see if children would take one marshmallow right away or wait and receive two marshmallows. The children were evaluated over time and found that the children who waited (delayed gratification) scored higher on SAT’s, had better social skills and lower levels of substance abuse. Research like this has been applied to animals as well, but can animals actually learn to wait for a better reward? Yes! A study on cuttlefish shows that cuttlefish can wait for the better reward. Cuttlefish were put in a tank with two doors. The first door would open and a crab was offered. A minute later the second door opened and a shrimp (their favorite) was offered. The cuttlefish consistently waited for the shrimp!

2. Masters of disguise! Cuttlefish can change color, pattern and shape!

If you watched a video of a cuttlefish on the hunt you might see them change their color, pattern and shape. They would move their tentacles in random positions to mimic the coral formations near them. Passing fish don’t have a chance when you see how much they change to look like their surroundings. They also use this camouflage to hide from predators. They can change color in a millisecond to blend in and get out of harm’s way.

3. Smokescreen! Cuttlefish can release a cloud of ink to create a blackout to get away.

Similar to squids, cuttlefish can release a jet-pool of ink and create a smokescreen so they can try to escape. Cuttlefish use a jet-propulsion system to swim and reach speeds of 40km/hr. The ink gives the cuttlefish a head start and an opportunity to flee and hide. Making the ink requires energy so they don’t overuse this defense mechanism; camouflage is still their best defense.

4. Ready, Aim, Fire! Cuttlefish have two tentacles they can shoot out to capture prey!

Cuttlefish have eight arms like the octopus so it is surprising the first time you see one hunt. Two more tentacles come out of nowhere and catch the prey in a blink of an eye! Cuttlefish have two extra tentacles with suctions on the ends that they use to help capture prey. To watch a video of the cuttlefish in action be sure to watch it in slow-mo (video embedded below)!

5. Cuttlefish ink was used for drawing and writing.

Ancient Greeks and Romans used the ink from the Sepia cuttlefish as ink for writing and drawing. The ink itself is called sepia ink, the color is a rich dark brown. Although mostly used up until the 19th century, it is still used by some artists today.

6. Could you find cuttlefish ink at your Walgreens?

The properties of cuttlefish ink are fascinating to scientists and researchers continue to evaluate their uses. In one study researchers are looking at several ways the inks can be utilized. Scientists and doctors are always looking for new drugs and better anti-oxidants. Cuttlefish ink has promising antimicrobial properties. An enzyme found in squid ink is being researched to be used in blood pressure medicines. The enzyme dilates blood vessels leading to lower blood pressure. Since the properties of the ink of the cuttlefish are similar they may have a similar affect.

They are not aliens (that we can prove…yet) but they do have green blood. Their blood looks green-blue due to hemocyanin. Humans use hemoglobin to carry oxygen while cuttlefish use hemocyanin to disperse the oxygen. This is what gives the blood a green-blue tint!

8. Spring break at the beach! Some cuttlefish gather in certain areas during mating time.

Off the coast of Whyalla, Australia, thousands of giant cuttlefish get together for mating season. This occurs every year between May and August (so more like Summer Break!). Cuttlefish display complex mating rituals including changing color, pattern and shapes. Males outnumber females in this area so they have to bring their best. Apparently flashing zebra stripes is what is “it” for female cuttlefish and can be seen being displayed by males hoping to win the mating rights. Smaller male cuttlefish may try to look like female cuttlefish so they can sneak up to an unsuspecting female and mate. People are allowed to wade out into the waters during this time to observe the spectacular shows!

9. Hey, where’s my food? Cuttlefish in captivity often give attitude if not entertained

A psychologist at the University of Cambridge was working with cuttlefish and remarked how they would squirt her if she didn’t give them food or was slow with her treats. Other researchers have found similar behaviors. Another researcher found that cuttlefish learned to associate feeding with humans. The cuttlefish were more likely to eat the food if it appeared to be alive so a person would wiggle it to make it look alive. The cuttlefish started rushing toward any human that came near the tank in anticipation of food!

10. Cuttlefish only live for a year or two!

Despite all the crazy adaptations and a big brain, cuttlefish have a life expectancy of a year or two. Giant cuttlefish have a slightly longer lifespan of two to four years. Cuttlefish are preyed on by fish, sharks, seals and dolphins. They also have to watch out for other cuttlefish. Humans fish for cuttlefish for their ink and for food. The ink is used as a flavoring in many Asian dishes. But humans are not the main cause of death. Many cuttlefish, similar to octopus, die shortly after mating. 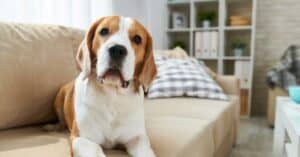