Written by Kellianne Matthews
Updated: August 23, 2022
© L-N/Shutterstock.com
Share this post on:
More Great Content:
Fox vs Coyote - The 5 Key…
Fox Poop: What Does Fox Scat Look…
Why Do Foxes Scream At Night?
What’s a Baby Fox Called & 4…
What Do Red Foxes Eat? 7 Types…
Are Foxes Canines or Felines (Or Are…

You wouldn’t expect to find many animals living in the bitter cold regions of the Arctic tundra, let alone anything that might be considered “cute” or “cuddly”. And yet, even in this absurdly harsh environment, there is one very adorable animal that stands out among the rest: the incredible Arctic Fox.

With beautiful snow-white fur, fluffy tails, rounded ears, and strikingly inquisitive eyes, the arctic fox is easily one of the cutest creatures on the planet. However, while these adorable animals are playful, curious, and cute, they are also very cunning and fierce predators that have adapted to some of the harshest conditions on the planet. Let’s take a closer look at these unique cold weather furballs with 10 incredible arctic fox facts!

There are 8 recognized subspecies of Arctic Fox that live across the Arctic and Alpine tundra of the Northern Hemisphere. The climate in these regions is one of the harshest on earth, but these small canines are well-adapted for the extreme cold. Arctic Foxes are one of the smallest types of foxes in the world. They are typically only 18-27 long and weigh 5-15 pounds. Essentially, these arctic canines are around the same size as many pet cats and small dogs.

In addition to their small size, artic foxes have very short legs, small and rounded ears, and a short muzzle. Living in areas that can be as cold as -58 °F, their reduced size and physical features mean that there is less surface area exposed to the bitter cold, decreasing potential heat loss. In addition, arctic foxes have dark skin beneath their lush fur coats, which also helps their bodies to better absorb and retain heat.

Another incredible arctic fox fact is that these remarkable creatures have incredible fur. Arctic foxes have some of the warmest fur of any animal in the world. During the winter, their plush, snowy-white pelt serves as thermal insulation against the severely cold temperatures. Their fur is long and thick, which helps them to maintain a cozy body temperature of around 104 ° F. Arctic foxes also have fur on their feet, which keeps their footsteps muffled and their tiny feet warm. With silent footsteps, a soft fur coat, and snowy white coloring, artic foxes are nearly invisible in the snow.

However, during the warmer summer months the snow melts away, exposing the dark rocky ground beneath. In turn, artic foxes shed their iconic white fur coat and exchange it for a darker one. Their new summer coat is much thinner and shorter, ranging in color from bluish brown to greyish brown, grey, or a two-toned color. Like their white winter coat in the snow, the arctic foxes’ darker summer fur allows them to expertly camouflage as they hunt in their rocky, coastal environments.

3.      Arctic Foxes Can Slow Their Heartbeat and Metabolism

If they cannot find enough food, arctic foxes dig down and wait in a den beneath the snow. They do not hibernate like many other mammals. However, they do save energy by slowing down their metabolism and heart rate for a few days at a time. Some may even wait for up to two weeks!

As cute as they may appear, arctic foxes are also deadly hunters. Their main food source are small mammals like voles and lemmings. In fact, the population of arctic foxes in many areas directly coincides with the region’s lemming population. In other words, when there are more lemmings, there are more arctic foxes, and less lemmings also means less foxes.

But lemmings are not the easiest prey to catch. However, arctic foxes have an incredible sense of smell and can track down lemmings hiding in underground tunnels. An arctic fox will tilt its head to carefully listen for any movement below the surface. When it locates a lemming, the fox jumps several feet into the air, performing an acrobatic and graceful nosedive straight down into the snow to catch it!

5.      An Arctic Fox Will Eat Just About Anything

Arctic foxes are omnivores and opportunistic hunters that tend to eat just about anything they can find. Lemmings tend to be their favorite, but they will also eat grouse, seabirds, fish, berries, eggs, seaweed, insects, and even carrion and frozen carcasses. Living in such harsh conditions, arctic foxes are not too picky when it comes to food.

When food is more abundant, arctic foxes store extra pieces underneath rocks or in their dens for the future. Many arctic foxes will also track polar bears, scavenging and cleaning up any scraps of meat that the bear may leave behind after a kill. An artic fox can sniff out a leftover carcass from several miles away.

An arctic fox travels far as it searches for food, sometimes up to 2,500 miles during a single winter season. For four months scientists tracked one female arctic fox from Spitsbergen, Norway, that travelled all the way to Nunavut, Canada. That is more than 2,700 miles, and the fox was barely one year old!

Another fox made a similarly long journey over the course of 5 ½ months and travelled more than 2,800 miles. In both cases, these two foxes also crossed long stretched of the sea by using sea ice to connect from place to place.

The area surrounding arctic fox dens is often vibrant, green, and fertile, with flourishing grasses and wildflowers. This is because arctic foxes are what scientists call “ecological engineers”. Arctic foxes continually bring home food from many different areas, which eventually adds unique nutrients to the surrounding soil through their waste. According to recent studies, the soil around artic fox dens has much higher amounts of nutrients in it than other sites in the area.

8.      Arctic Foxes Are Monogamous and Mate for Life

Another incredible arctic fox fact is that once an arctic fox chooses a mate, the two remain monogamous and stay together for life. Female foxes usually give birth to around 5-8 pups each season. However, some occasionally have up to 14 pups in a single litter. Both parents and their pups live together in large dens with extensive tunnel systems. These elaborate burrows are used by multiple generations. In fact, there are some arctic fox dens that have been continually used for at least 300 years!

When arctic fox pups are around four weeks old, they begin to explore the outside world. Both parents continue to care for their pups throughout the summer, teaching them how to hunt and create temporary snow tunnels for protection during blizzards. Arctic fox families travel together, but typically hunt alone or occasionally in small groups.

Arctic Foxes belong to the scientific family, Canidae. This means that they are related to both wolves and dogs. Much like dogs, arctic foxes are known for their playful and curious nature. It is not unusual for an arctic fox to investigate wildlife teams who are surveying the region.

Arctic foxes have been described as playful, curious, cunning, and even cheeky. Generally, arctic foxes are nonaggressive toward humans, as long as they and their pups are not threatened. However, arctic foxes are wild animals and will defend their families. It is important to never intentionally approach or feed them, especially if there are pups.

Because arctic foxes are so well-adapted to cold extremes, they are not well suited for warmer temperatures. However, as climate change continues to increase temperatures around the world, temperatures in Arctic regions are rising nearly three times as fast. Sea ice is melting at an alarming rate, sea levels are rising, the landscape is changing, and there is much less snow cover in these areas. This is especially a problem during the winter months, when arctic fox coats are long and white.

With less snow cover, these beautiful animals cannot camouflage as easily, which makes it much harder to hunt and to hide from predators. In addition, the much larger Red Fox has been moving further north over the past several decades in response to climate change, creating greater competition over food sources for the arctic fox. In addition, over-hunting has caused arctic fox populations to decline as well. 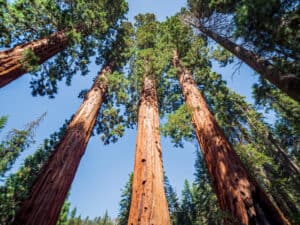