Written by Jennifer Gaeng
Published: July 5, 2022
© iStock.com/rasevicdusan
Share this post on:
More Great Content:
Dogs With The Highest Bite Force
This Prankster Coyote Wasn’t Ready for a…
The 10 Most Dangerous Dog Breeds in…
Belgian Shepherd vs German Shepherd: 5 Key…
The Top 8 Oldest Dogs Ever
American Bully Vs American Bulldog: Is There…

One of the most loving, affectionate, and hardworking companion dogs is the Golden Retriever. These fun-loving, furry friends have held important spots in many families’ homes for quite a while, as well as served many important job roles as working dogs. This dog breed is one of the most popular and favored dog breeds not only in the United States but in the world. Let’s learn more about this adorable domestic breed!

Golden Retrievers originated from Scotland during the 19th century. Sir Dudley Marjoribanks developed this breed by cross-breeding Flat-Coated Retrievers with Water Spaniels and other British dog breeds. By cross-breeding these dogs over time, the loving and adorable Golden Retriever was created! Since then, they have been used for sports, jobs, therapy, and as a companion for many different families.

Because they are Retrievers, Golden Retrievers have been a popular breed used for a variety of sports. Sports such as hunting and field trials are popular amongst this breed. This is because of their speed, obedience, agility, and keen sense of sight and smell. They love the water just as much as Labradors and can often be found diving in a nearby water source. They may even catch a fallen duck or bird that has been shot down for hunting purposes.

Apart from hunting, many Golden Retrievers are placed in field competitions with many different obstacles to run through. They are incredibly smart and agile and can complete these competitions almost effortlessly.

The popular traits of this breed are that they are incredibly loyal, loving, gentle, and affectionate. This makes them the perfect breed for families. Golden Retrievers also make the best companions because they are amazing with children, often being dubbed as four-legged “babysitters.” They are so gentle and loving around babies and small children. They love to kiss and cuddle, and the only time they become truly demanding is when they need extra attention. How cute is that?

Golden Retrievers are also highly intelligent dogs. In fact, according to several different studies, the Golden Retriever is often listed as the fourth smartest dog breed in the entire world. They have amazing obedience and a high working IQ; moreover, they also have amazing instincts that allow them to fetch and retrieve, hence their name! This is also why they are used as sporting dogs in many different forms of hunting. Not only that, but they are also incredibly easy to train. Many studies have shown that these adorable dogs are as smart as toddlers and can even learn a wide variety of words!

Although many people classify Golden Retrievers as a large breed of dogs, they are only medium-sized, like most other Retrievers. Male Golden Retrievers, on average, reach a height of about 24 inches and can weigh anywhere from 65-75 lbs.

Female Golden Retrievers are a bit smaller than the males, often reaching a height of about 22 inches and weighing anywhere from 55-70 lbs. These dogs are known for having box-shaped heads with floppy ears. Let’s not forget the massive amount of golden fur that they have as well!

6. Golden Retrievers can run as fast as wolves

Retrievers are known for being fast, and the Golden Retriever is one of the quickest dogs out there in the world. On average, these dogs can run up to 35 miles per hour, which is about how fast a wild wolf can run! However, this speed is usually obtained during short bursts. At most, they can usually run up to 12 miles per hour during long distances. They are continually active dogs and absolutely love being outside where they can run around. Anytime they have a chance to run around, they will take it.

Not only are Golden Retrievers both smart and loving, but they are also very hardworking. They are often used for tracking items and people and aiding a lot of rescue teams that issue searches for missing persons.

Apart from tracking, these dogs also are extremely popular service dogs. They are also used as therapy dogs for people with different mental and physical disabilities. Because they are so gentle and smart, they can help almost anyone in need!

8. Golden Retrievers will literally eat anything

One of the downsides to Golden Retrievers is that they are known to destroy and eat virtually anything in sight. This is especially true when they are puppies. Proper training at an early age can help avoid this. Otherwise, they are known for tearing apart shoes, clothes, couches, and many other items in your home. This can happen when they are bored or frustrated. So to eliminate this, make sure that they get plenty of exercise and attention throughout the day.

Apart from competing in different sports trials and obstacle courses, Golden Retrievers also compete in dog shows. This is because they’re so well-behaved and intelligent, making them fierce competitors, and they are not limited to their agility and disposition. In fact, the Golden Retriever has often beat many other sporting dogs in dog shows. They even won an award for the best in the group at Best-in-Show in 2006.

This incredible breed has yet to be named the winner of any dog show, but that doesn’t mean they’re not one of the best out there. This breed has been the third most popular dog breed for many years. This is because they are so loveable and obtain many favored qualities by pet owners!

One of the only downsides to this breed is its lifespan. On average, a healthy Golden Retriever will not live past 12 years. The average span of their life usually only exceeds a year or two past a decade. The oldest living Golden Retriever lived for 20 years, but this is not common, even for the healthiest.

These dogs are known to have both hip and elbow dysplasia as well as heart problems. If you do decide to own a Golden Retriever, make sure it has the best diet and gets as much exercise as possible. Make sure that it visits a veterinarian for routine checkups to maintain optimal health. 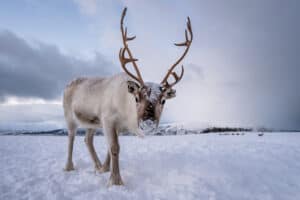