You probably don’t think of Florida when you hear the word waterfall because of its white-sand beaches. Despite this, Florida is actually one of the best places in the world to enjoy the water. Whether you prefer swimming or kayaking or simply enjoy being close to nature, Florida has it all! Despite the flat terrain, there are also a lot of sinkholes, cavities, tunnels, and caverns in this area, and that’s why there are many waterfalls in Florida.

Florida has a ton of waterfalls to choose from. So many that it could get overwhelming figuring out which one to visit. That’s why we’ve come up with the perfect list of the ten most amazing waterfalls in Florida.

Get ready to enjoy more than Disney and beach days the next time you visit Florida!

Falling Waters State Park, located in Chipley, features a 10-foot-deep sinkhole at the end of the sinkhole trail, as well as a 73-foot waterfall that pours into it. This happens to be the largest waterfall in Florida – so you’re in for a treat when you come to see this beauty. No one is actually sure where the water that goes into the sinkhole actually ends up. The Falling Waters Waterfall is a beautiful mystery.

Even though the waterfalls at Morikami Japanese Gardens in Delray Beach are artificial, they’re still beautiful. It would be impossible to tell that it is artificial if you didn’t know.

The waterfall is called Roji-en, which means “Garden of the Drops of Dew.” You’ll find bamboo gardens and pine trees in this peaceful spot before coming to a cascading stream and a beautiful lake.

Whitewater rapids at Big Shoals State Park are among Florida’s best, with 28 miles of thrilling scenery unlike anywhere else in the state. Though Big Shoals doesn’t have waterfalls, it does have 80-foot limestone bluffs that tower over the Suwannee River, creating stunning views. The Class III rapids are also great for kayaking and canoeing. Be warned, however, that it’s not for the faint-hearted! You should only attempt to kayak or canoe on these waters if you’re a seasoned pro.

Devil’s Millhopper is a geological state park in the middle of Gainesville, Florida, and thousands of people flock there each year because it’s so awesome. A stunning waterfall, hiking paths, and beautiful flora and fauna make this park one of the most unique national parks in the US. As you take in the grandeur of this sinkhole, you’ll notice a succession of natural waterfalls cascading down the ancient limestone walls. An extraordinary series of waterfalls in Florida can be found in this National Natural Landmark, which features a pool at the bottom, fed by 12 springs.

Steinhatchee, Florida’s widest waterfall, is located in a beautiful setting that is both historical and geologically significant. Even though it’s not the biggest waterfall globally, it’s in an area of natural landscapes and mixed hardwood forests that spans almost 1,800 acres. As you travel along the 3-mile course, you may be able to see some wildlife, including turtles, deer, and wild hogs.

Falling Creek Falls, located near Camp Branch on the Suwannee River, is one of the lesser-known waterfalls in Florida. The boardwalk walkway at Falling Creek Falls leads to a modest waterfall with a drop of only 10-12 feet over limestone. There is a ravine into which the water flows before disappearing underground. Although the falls aren’t as spectacular as some of the others on this list, the distinctive waters and limestone backdrop make it one you won’t want to miss.

Torreya State Park, which dates back to the 1930s, is one of Florida’s oldest state parks. As well as its unique vegetation and geology, it has Civil War relics, a plantation, Gregory House, built in 1849, and a few cool water features. Follow the blue-blazed path along this trail to a small waterfall. However, be aware that this waterfall may be dry during dry seasons!

Camp Branch Conservation Area is located near Big Shoals State Park along the Suwannee River. This area, like Big Shoals State Park, is more about rapids than waterfalls. Camp Branch Conservation Area is home to Disappearing Creek Loop, a path that links with the Florida Trail. This trail is named Disappearing Creek Loop because it follows a river that quickly disappears.

Next, we have another waterfall in Florida that is more like a rapid than an actual waterfall.

Florida’s Lake Osprey is one of the newest trail paths in Florida. It was named this because fishing here offers you a chance to see magnificent Osprey birds. There is a highland region where springs emerge, resulting in fast-flowing, clean water, appearing like any other waterfall in Florida. The area allows swimming, although some people prefer to do canoeing or kayaking. Due to the springs regularly replenishing the water, the water never stagnates. 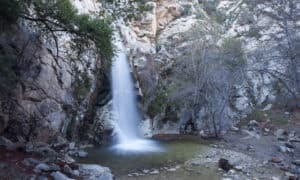 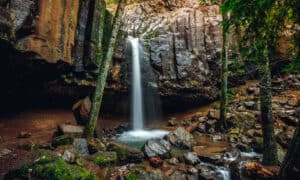 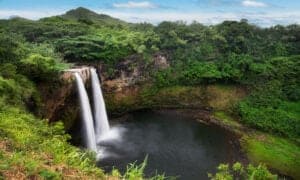 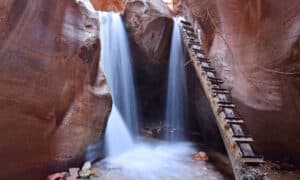 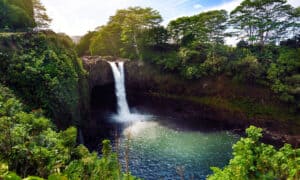 10 of the Most Impressive Waterfalls in Montana 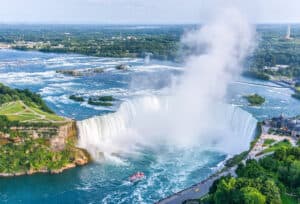