Written by Hailey Pruett
Published: August 18, 2022
© iStock.com/Brian Reinke
Share this post on:
More Great Content:
How Old Is the World's Oldest Turtle?…
What Do Tortoises Eat? 20+ Foods That…
River Monsters: Discover the Largest Turtles Ever…
Where Do Turtles Go in the Winter?
What Do Snapping Turtles Eat?
The lifespan of a Tortoise: How Long…

Georgia’s warm, humid summers and mild winters make it the perfect home for a range of reptile species, particularly its resident turtles! In total, around 30 different species of turtles live in America’s most populous state. The turtles in Georgia are surprisingly diverse, ranging from small semi-aquatic, freshwater turtles to impressively large sea turtles and tortoises.

Let’s take a look at 10 of Georgia’s unique and fascinating turtles below!

One of northern Georgia’s common turtles is the painted turtle. This semi-aquatic freshwater turtle has a dark brown carapace with orange, yellow, or red markings on its plastron, depending on the subspecies. Its skin can be varying shades of dark green with thin yellow or orange striping along the head, neck, and limbs.

It is a fairly small species at just 5 to 8 inches long on average, but its geographic range is impressive! The three subspecies collectively occupy much of the northern, midwest, and eastern United States. In Georgia, however, the eastern painted turtle reigns supreme.

Painted turtles prefer shallow, aquatic habitats like ponds, marshes, and wetlands. When they aren’t searching for prey, they spend much of their time basking on logs and rocks.

Large, hardy, and surprisingly speedy, the common snapping turtle typically ranges from 8 to 20 inches long and can weigh anywhere from 10 to 40 pounds. Its sharp, beak-like jaws, webbed feet, impenetrable shell, and clawed toes make it a fearsome predator.

Although it is primarily a freshwater species, the common snapper is tough enough to tolerate living in brackish water. Agile on land and water, the common snapping turtle is an especially skilled swimmer, expertly preying primarily on small fishes, amphibians, and aquatic invertebrates.

Also known as “stinkpot” turtles due to their foul-smelling sweat glands, common musk turtles are native to most of Georgia and the southeastern United States. At only 3 to 5 inches long on average, it’s one of Georgia’s smallest turtles.

At a glance, the common musk turtle resembles other semi-aquatic mud and pond turtles. However, this species is easily identifiable thanks to a pair of thin, pale yellow or white stripes along the sides of its face. Additionally, its shell is tall and rounded, and its neck is quite long for its small size.

As a subspecies of the common box turtle, the eastern box turtle can be found throughout Georgia and most of the eastern United States. It is highly terrestrial but typically lives along streams and rivers, always close to a body of water.

On average, these turtles are around 4 to 6 inches long. The turtle’s shell and skin are tan or brown in color with bright yellow and orange markings. Notably, box turtles mature especially slowly, even for turtles. They can live for 100+ years, but most individuals average 25 to 40 years in the wild.

The alligator snapping turtle is even larger than the common snapping turtle, holding the title of the heaviest freshwater turtle species in the United States. Incredibly, these prehistoric-looking reptiles with massive, rugged shells can weigh up to 200 pounds!

The species is highly aquatic, barely submerged, spending most of its time underwater. Almost entirely carnivorous, alligator snapping turtles hunt using their worm-like tongues and dark, cavern-like mouths to lure in and ambush fishes, amphibians, and other aquatic prey.

Alligator snapping turtles can be found in southern Georgia and much of the southern US. They primarily live in muddy, slow-moving rivers and streams, often accumulating a thick layer of algae on their shells over time.

There are actually three unique subspecies of the pond slider turtle, and in Georgia, the yellow-bellied slider is the most common. This group also contains the popular red-eared slider and the lesser-known Cumberland slider.

Collectively, the three subspecies of the pond slider are among the most widespread turtles in the American southeast! Generally, they prefer low-lying wetland habitats like marshes and swamps.

Pond sliders are fairly small and highly aquatic, ranging from 5 to 10 inches long. The carapace of the shell is dark green, while the underside, the plastron, is typically yellow or off-white. The turtle’s skin ranges from dark green to grey and is accented by thin yellow striping and other irregular yellow markings.

The spiny softshell is easily the most bizarre-looking species on this list!

As its name suggests, this turtle’s flat, leathery, mottled brown shell-gained scutes. This, combined with its long, snorkel-like snout, makes it stand out from all the other semiaquatic turtles in Georgia. On average, it ranges from around 10 to 18 inches long.

You can find this turtle throughout much of Georgia and the eastern United States. In terms of habitats, it prefers muddy, low-lying, slow-moving rivers and streams. Its feet are webbed and clawed, making it fairly agile in water and on land. It’s mostly carnivorous, mainly feeding on small aquatic invertebrates.

The river cooter turtle has two subspecies: the eastern and Suwannee varieties. The eastern river cooter is native to most of Georgia and the American Southeast, while the Suwannee cooter mainly resides in Florida.

Both subspecies of the river cooter prefer staying close to shallow, slow-moving bodies of water like streams and ponds. However, despite being highly aquatic, they spend much of their time basking on logs and rocks to dry their shells.

At around 8 to 14 inches long, eastern river cooters are average in size as far as freshwater turtles go. Similar to some slider turtles, they have dark green skin with several thin, yellow stripes along the sides of the face and limbs.

The gopher tortoise holds the unique distinction of being the only tortoise species living in the American Southeast! It’s native to southern Georgia, northern Florida, and parts of southern Alabama, Mississippi, and South Carolina.

Like all tortoises, this species is fully terrestrial, with a large, bulky shell (around 10 to 15 inches long) and a heavy body. Its feet are wide and wedge-like for digging and, to a lesser extent, climbing. Gopher tortoises prefer warm, sandy coastal plains, where they can dig large, complex burrows.

The gopher tortoise is federally endangered due to significant habitat loss in recent years. They grow and age very slowly, but they can live for over 50+ years.

The appropriately-named spotted turtle is quite the stunning reptile! It has a sleek, flat, dark greyish-black shell with tiny, bright yellow polka dots. Its skin also shares the same fun coloration and pattern.

Like many other semi-aquatic species, the spotted turtle is small, just 3 to 5 inches long. It grows and matures slowly and has a lifespan of around 35 to 40 years. Male spotted turtles are slightly longer than females on average. 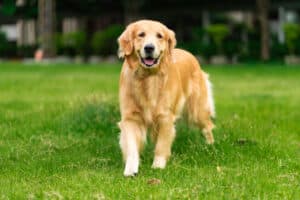