iStock.com/AndreAnita
Share this post on:
More Great Content:
Elephant Lifespan: How Long Do Elephants Live?
Mammoth vs. Elephant: What's the Difference?
What Is The World's Largest Elephant?
What Do Elephants Eat? Their Diet Explained
What's a Baby Elephant Called & 9…
What Is A Group Of Elephants Called?

When people talk about drugs, you’ve probably heard the phrase “…it could kill an elephant.” There are certainly drugs and toxins that can kill elephants, but is anything similarly true in the wild world of nature? It turns out, yes —when it comes to animals, there are some that can kill an elephant. Read on to learn more about the animals that can attack and defeat or even kill an elephant, each in their own special way. After all, it’s not a competition —just to be able to take down a trunked behemoth is brag-worthy enough.

Lions are elephants’ number one natural enemy and another member of the Big Five. While they move and hunt in packs, it is the lionesses that do most of the hunting for everyone, while the male lions protect the pride. As a hunting pack, a group of lionesses have power in numbers against a solitary elephant. Though lions can and do hunt on their own, they tend to do so with smaller prey. They will only take on something as large as an elephant if they have the numbers to succeed.

If lionesses decide to attack an elephant, they are most likely to do so as a pack and target the young, sick, or old, which are weaker and easier to defeat. They are also more likely to target females, who have shorter tusks and are somewhat smaller. A lion has enough strength to defeat a baby elephant on his own. Lions attack their prey by dragging them down from behind, rather than a frontal assault.

Lions’ main prey are zebras, buffalo, wildebeests, and giraffes. They usually only go after elephants if there is no easier prey to find and the opportunity arises. Although lions can survive 14 days without food, they need to eat between 11 and 16 pounds of meat each day to stay in top form.

Tigers, unlike some other predatory mammals, do not move or hunt in packs. Instead, they are solitary. When they hunt, they stealthily stalk their prey. They then pounce when they are close enough and the prey is far away enough from others of their kind. Hunting is done once every eight or nine days. When they eat meat, they need to eat about 18kg to last them until the next hunt. It makes sense as to why a tiger would seek to kill an elephant. However, due to the danger of being trampled to death, a tiger tends to go for the very young, sick, or old. As it does with other prey, it bites the elephant’s neck to kill it.

Crocodile attacks on elephants are common when populations of elephants live near the river. The highly territorial saltwater and Nile crocodile species attack when anyone disturbs them, especially during the mating season. What is most likely to kill an elephant is the crocodile biting the elephant’s trunk off. The elephant may then die as a result of not being able to eat and drink properly, or even breathe. On the other hand, a crocodile is most likely to kill a baby elephant and is most successful in its watery turf.

The rhinoceros is another member of the Big Five, although it is not nearly as large or heavy as an elephant. However, it makes up for the difference between pure aggression and other traits. Because they often live in the same areas, they tend to fight over territory, with the elephant winning the most. An elephant weighs about six tons and is 12 feet tall, while the rhino weighs two tons and is six feet tall. On the other hand, it is also twice as fast as an elephant and is able to strike with its horn, which is sharp enough to penetrate an elephant’s thick, tough skin and deliver a blow serious enough to kill it.

Hyenas are much smaller and don’t have much in the way of armed attacks against elephants, so it’s easy to assume there’s no way these animals could attack, much less kill an elephant. But what they lack in size and killing power against large prey, they make up for in wits. As with defeating buffalo, hyenas attack in packs to kill baby elephants or can simply eat them alive. It is easiest to kill an elephant if it is stuck in a mud pit, or if a baby elephant is away from its mother.

Wild dogs are about as capable as hyenas in being able to attack, defeat, and kill an elephant. However, they prefer to hunt in packs against a mother elephant giving birth or a baby elephant. They are opportunistic hunters who will surround an elephant who has wandering into an area it can’t easily get out of. Wild dogs are very intelligent and may try to chase an elephant, or other prey, into a hazardous area with no good escape routes. They attack in packs with each individual dashing in for a quick strike while their prey is distracted by a strike coming from a different direction. Working as a team, a pack can bring down an elephant.

It is rare for an elephant to kill another elephant, but it can certainly be done. Mating season is a dangerous time for male elephants who become incredibly angry at each other and will fight to the death. They will even attack family members, including their own calves, while their hormones are out of control. This usually only occurs in areas where elephants feel crowded or where resources are scarce.

One might think a giant snake such as a reticulated python or anaconda would be likely to defeat an elephant, but that’s not true. Neither of them has the strength to kill elephants. This is where the king cobra comes in. It is not likely to waste its venom on offensively attacking animals that are not its prey, but it will bite anyone that disturbs its territory. In doing so, it releases venom that is enough to kill even a full-grown elephant. If it bites an elephant’s trunk, which is where the skin is most thin, the elephant is sure to die.

There are a number of different ways an animal can attack, defeat, or kill an elephant. Many ways involve packs of the same species coming together to take down an elephant, while others involve one-on-one battles resulting in a fatal attack. While some animals succeed in killing elephants, it is, in fact, life-threatening for the attacker. Elephants very capable at defending themselves and it is just a likely that the attacker will end up losing the fight, which is why it is very old, very young, or infirm elephants that are most likely to fall prey. Being so hard and dangerous to observe, much less to hunt, is why the elephant is a member of the Big Five.

Given their massive size and strength, elephants have few natural dangers. While most animals give them a wide berth, elephants do share their territory with tough competition. 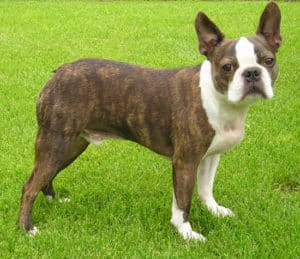 Deer Season In New York: Everything You Need To Know To Be Prepared