9 Most Beautiful Monkeys In The World

Written by Janet F. Murray
Updated: August 16, 2022
© iStock.com/Enjoylife2
Share this post on:
More Great Content:
9 Monkey Breeds That People Keep as…
Not My Circus, Not My Monkeys: Meaning…
The 10 Smallest Monkeys in the World
What Do Monkeys Eat? Their Diet Explained
The World's 10 Largest Monkeys
Monkey Lifespan: How Long do Monkeys Live?

We all know that monkeys are cute. But did you know that some truly beautiful monkey species are out there? From the incredibly colorful mandrills to the regal lion tamarins, these are the 9 most beautiful monkeys in the world. So, read on to find out which monkeys are the most stunning creatures on earth.

Mandrills are the largest monkey species, and they are also some of the most colorful. Male mandrills have blue and red faces, while females and juveniles have gray or brown faces. These monkeys are native to southern Cameroon, Gabon, Equatorial Guinea, and Congo.

Mandrills are very social creatures that live in large groups of up to 500 individuals. A dominant male leads these groups, and the other members are typically related to him. Female mandrills will leave their natal group when they reach maturity. Still, males will stay with their family unit throughout their lives.

Mandrills are primarily herbivorous but will also eat insects and other small animals. As a result, these monkeys play an important role in dispersing seeds and helping maintain healthy forests.

Sadly, people hunt mandrills for their meat and beautiful fur. They are also at risk from habitat loss due to deforestation. However, mandrills are currently listed as “Least Concern” by the IUCN Red List.

Despite these threats, mandrills are still among the world’s most beautiful monkey species. These creatures are truly unique, and their intricate colors make them extraordinary.

Geladas are one of the most beautiful monkey species that are also diurnal, meaning they are active during the day. They are highly social animals, living in groups called one-male units (OMUs). These OMUs are led by females and typically consist of a single male and multiple females with their young.

Geladas are often referred to as “bleeding heart monkeys” because of the distinctive red patch of fur on their chests. These monkeys inhabit large parts of Ethiopia, living in massive troops.

When an outsider male challenges the OMU male to take its place, the group’s females may support or oppose both. The females will accept the winning male and drive away the defeated ones.

OMUs occasionally share the same area, forming larger groups called bands. These animals are non-territorial, so you can see them grazing in separate bands.

Doucs are a type of old-world monkeys that inhabit the forests of Vietnam, Laos, and Cambodia. These gentle apes are among the most colorful primates in the world, with their striking orange-red fur and black faces. Doucs are also among the largest members of the leaf monkey family, weighing up to 24 pounds.

Despite their size and vibrant coloring, doucs are pretty shy and elusive animals. They spend most of the day high up in the trees, where they feed on leaves, fruits, and flowers. While doucs are not considered endangered, their numbers have declined recently due to habitat loss and hunting.

If you are lucky enough to spot doucs in the wild, you’ll be sure never to forget them! These beautiful creatures are indeed a sight to behold.

Silvery marmosets are part of the tamarin group of primates found in South America’s forests. The silvery marmoset is a beautiful monkey, notable for its striking silver fur, which covers its entire body except for its black face and tail. It is a tiny monkey, with an adult weight of around 300 grams, making it one of the smallest primates worldwide.

This little tamarin is prevalent in the countries of Brazil, Bolivia, Colombia, Ecuador, Peru, and Venezuela. It inhabits primary rainforests and humid secondary forests. The silvery marmoset is an arboreal monkey that spends most of its time in trees.

The diet of this small primate consists mainly of tree sap and gum. However, it will also eat insects, fruit, and leaves. The silvery marmoset is an omnivore.

Silvery marmosets are most happy living in groups of up to 15 individuals. These groups comprise related females and their young. Males typically live alone or with other males. The silvery marmoset is polygamous, meaning that one male will mate with multiple females.

The silvery marmoset gives birth to twins or triplets. The infants weigh only 10 grams at birth, and mothers carry them on their backs. The young are weaned at four months old and reach sexual maturity at one year old.

Dusky leaf monkeys are a type of old-world monkeys found in the forests of South and Southeast Asia. Males and females look similar, except males are usually larger than females. Both sexes have black hair with white patches on their face, chest, and stomach. Infants are born with all-black fur, but they will gradually develop white patches as they mature.

These monkeys are arboreal primates that spend most of their time in the trees. They are agile and have long tails for balance when jumping from branch to branch. Their diet consists mainly of leaves, but they will also eat fruits, flowers, and insects.

The primary threats to dusky leaf monkeys are habitat loss and hunting. People often hunt them for meat, which is considered a delicacy in some parts of Asia. Additionally, people use their fur to make clothing and other items.

Zanzibar red colobus is a primate species of the Colobidae family. Native to the island of Unguja, it is one of six red colobus species. It is a medium-sized monkey, with males reaching up to 45 cm in length and females up to 38 cm. The Zanzibar red colobus has reddish-brown fur, with lighter patches on its face, hands, and feet. It has a black tail ending with a white tuft.

This species occupies forests and woodlands throughout Unguja. They are arboreal species, spending most of their time in trees. The Zanzibar red colobus feeds primarily on leaves and eats fruit, seeds, and flowers. They are social species living in groups of up to 30-50 individuals.

The IUCN lists the Zanzibar red colobus as “Endangered,” with an estimated population of fewer than 2,500 mature individuals. In addition, the species is at risk of extinction because of habitat loss and hunting.

The Gee’s golden langur is yet another endangered monkey that lives in the Indian state of Assam. The population is estimated to be between 6,000 and 6,500 individuals. The monkey was named after William Gee, a British botanist who first described the monkey in 1875.

The Gee’s golden langur (also known as the golden langur) is a medium-sized monkey with a reddish-golden coat and black face. This langur is particularly recognizable by its long silky hair on its back and sides and short, dense fur on its belly and legs. Males and females are similar in appearance, although males are slightly larger.

This golden langur lives in subtropical evergreen forests at 4,921 feet. The monkey is mainly herbivorous, feeding on leaves, buds, flowers, and fruits.

Fragmentation due to deforestation and deforestation of forests for agriculture is causing habitat loss, pushing the golden langur further towards the brink of extinction. Poaching also poses a significant threat to the species. However, the laws of India and Bangladesh protect the golden langur. Conservation efforts are underway to preserve the species and its habitat.

Sumatran orangutans are critically endangered species. A 2007 study estimated only 7,300 individuals live in the wild. Experts measure the resulting population decline at 60% over the last 60 years. Habitat destruction and fragmentation due to expanding palm oil plantations are the leading causes of this decline.

These monkeys are highly intelligent and social creatures. Unfortunately, their intelligence and social nature also make them particularly susceptible to the negative impacts of habitat loss and fragmentation. This situation is because orangutans deeply understand their natural surroundings and rely heavily on their social relationships with other individuals. Therefore, the loss of their natural habitat and social groups can lead to severe psychological distress in these animals. As a result, the future of the Sumatran orangutan population is uncertain.

Another of the most beautiful monkeys in the world is the lion tamarin. This monkey is small, with reddish-orange fur. Its name comes from the mane of hair surrounding its face, which is more pronounced in males. Lion tamarins are indigenous to the Atlantic Forest of Brazil.

Because of hunting and habitat loss, these beautiful primates are now at risk of becoming extinct. They live in the forest’s canopy and eat fruit, insects, and small vertebrates.

Lion tamarins live in groups of two to eight individuals. These groups consist of one or two breeding adult males and a female, and they also include offspring. Male lion tamarins play an active role in parenting, including carrying and grooming the young.

Lion tamarins are unique among monkeys in their appearance and behavior. They are among the most beautiful and distinctive animals in the world.

A 129 Year Old Woman? 5 Claims to the Title of Oldest Human Ever 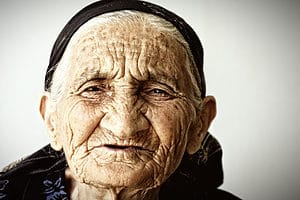