There are many ways to measure strength, and this fact stands true across the animal kingdom as well. Every animal has to eat, and there are few things more terrifying than staring down the maw of a hungry predator.

On this list of the top 10 strongest animal bite forces in the world, we’ll rank living mammals by the pounds per square inch (PSI) that they exert when biting – with some adjustments made for size. You’ll be surprised to note that a good number are not strictly carnivores, and some aren’t even predators at all!

The first entry on our list is the grizzly bear (Ursus arctos horribilis). With an astounding bite force of almost half a ton, this apex predator logs an impressive 975 PSI of crushing power. Despite this impressive number, the grizzly bear doesn’t only rely on being strong. This omnivore is native to North America, and the majority of its diet is made up of nuts, berries, fruit, and other vegetation. The grizzly bear does use its strength to bring down prey that ranges in size from rodents all the way up to moose.

Generally, grizzlies live for about 25 years in the wild, and they grow to between five and eight feet tall while tipping the scales at almost 800 pounds. They earn their name from the white-tipped, brown fur that coats this solid body and gives the appearance of being grizzled.

The spotted hyena (Crocuta crocuta) ranks next with a strong bite of 1,100 PSI; that’s almost double the strength of the lion who is their close competition for prey on the African savanna. This largest species of the hyena family measures between three to four feet long plus a substantial tail, and they can range in weight between 100-200 pounds.

Although they look similar to dogs in appearance, they are more closely related to cats and civets. Spotted hyenas hunt in packs called clans that can number up to 80 members. They take down prey in these large groups and then celebrate with their trademark laughing bark. They use this bite force to crack bones and hooves and they consume nearly every single part of their prey, leaving nothing to waste.

The polar bear (Ursus maritimus) is not only the largest bear species in North America, but it is also the strongest when it comes to powerful bites. An estimated bite force of 1,200 PSI is what the polar bear uses to eat seals. When food is scarce, they will also feast on whale carcasses, fish, and any available berries that they can find. The polar bear eats much less vegetation than its other relatives, primarily due to the harsh arctic environments that they reside in.

Their white fur covers skin that is actually black in order to retain as much heat from the sun as possible. Polar bears can grow up to 1,200 pounds and stand seven feet tall. Even with this large frame, the webbed paws of the polar bear make them phenomenal swimmers.

With a strong 1,300 PSI of biting power, the gorilla (Gorilla gorilla and Gorilla beringei) is next up on our list of animals with the most powerful bites. There are four different subspecies of gorillas that you can learn about here, and sadly all of them are critically endangered. The broad, muscular neck of the gorilla is what generates the power for their bite, but they don’t use it to crush the bones of prey like the other animals we have discussed so far.

Gorillas feed mainly on plants, shoots, and fruit, and they use their large molars and strong bite to chew through bark, roots, and other fibrous material. Mature males do have very large and protruding canine teeth; however, they are used mainly in displays of aggression against challenging males or to frighten off intruders. Living in the forests of Central Africa, the gorilla is the largest of the great apes. They also share over 98% of their DNA structure with modern-day humans.

Jaguars (Panthera onca) are one of the only big cats found in the Americas, and they possess the most powerful bite out of the entire genus Panthera. With a five to six-foot-long body followed by a tail of up to three feet, these large predators have a powerful frame that can grow up to 250 pounds. Registering a massive 1,500 PSI of jaw power, they are solitary apex predators.

How these carnivores take their prey is also unique. Instead of dragging down and eviscerating their lunch, or biting the throat like most other large felines, the jaguar crushes the skull of their victims by biting right through it. Jaguars have even been known to bite through a turtle’s shell. Although extremely rare, jaguars can be found in the Southwestern United States and throughout Central and South America.

Considering the massive size of our next animal, it’s no surprise that the hippopotamus (Hippopotamus amphibious) comes in near the top of this list. Ranging in weight between 3,000 to 8,000 pounds, the third-largest land mammal can grow up to 14 feet long and lives for 40 years. They are capable of opening their impressive jaws 150 to 180 degrees and generating 1,800 PSI of biting force. Given their high aggression and extremely territorial nature, it is rumored that hippos can bite a crocodile in half.

Found throughout the Southeastern US, the American alligator (Alligator mississippiensis) is the first among the members of the Order Crocodilia to appear on our list but it will not be the last. American alligators can be visually identified by the fact that their lower jaw and teeth fit entirely within their upper jaw leaving no lower teeth visible when their mouths are closed. They have notoriously weak jaw-opening muscles. Hence it is possible for humans to disarm a reptile by clamping the jaws of the alligator. Bite force-wise, however, the predator remains rather potent with a maximum chomp-force of 2,980 PSI.

The Nile crocodile (Crocodylus niloticus) and the other related species at the top end of our list were all studied by a renowned biologist who used sensitive instruments to measure the respective bite force of all members of the Order Crocodilia. One minor flaw in the study was that the Nile crocodile specimen that was measured was only around 8 feet long. Given that the average Nile croc grows to 16 feet, it stands to reason that their actual bite strength should measure upwards of 3,000 PSI – a value which exceeds that of the American alligator, bite-force wise.

Weighing 500 pounds and inhabiting the river’s edge regions around the Nile River, the Nile crocodile is the single deadliest species of crocodile in the world. They are singlehandedly responsible for more attacks on humans than any other croc. This is primarily due to their extremely territorial and aggressive nature.

A 17-foot croc with a 3,700 PSI bite measured in a controlled environment by a top scientist is what it takes to bring home the gold in this category. Interestingly enough, by extrapolating this data, the same scientist was able to estimate that prehistoric crocodiles measuring 40 feet would have a bite force of 23,000 PSI! Lucky for us that these monsters went extinct millions of years ago. The smaller version that is still living today gives us enough trouble.

The sheer power displayed by these animals is so impressive that it’s terrifying to imagine how strong some other ancient animals must have been. Tyrannosaurus Rex is estimated to have a bite force of 8,000 PSI and the megalodon was projected at 40,000 PSI using the methods that measured the great white‘s current strength. No matter how strong one animal may be, there are still deadly threats facing the vast majority of species on this planet, and it isn’t just strength that can be a danger factor. Just check out this article about the most venomous mammals in the world.

For all the incredible strength of these creatures, they are all rare and in danger of dying out. Humans may not be able to compete one-on-one with any of these powerful predators but we are still their greatest threat. All of them are under immense pressure from loss of habitat and food supplies.

The way we measure the bite force of a great white shark (Carcharodon carcharias) is not as accurate as the methods used in the crocodile study so it is much more difficult to come up with the necessary data for a good comparison. Researchers were able to utilize detailed x-rays to reliably establish that a shark measuring 21 feet would register approximately 4,000 PSI. With great white sharks averaging between 4,000-7,000 pounds in weight, that force pales in comparison to that generated by our number one animal when comparing pound for pound strength.

The bite force of the animals we’ve listed is relative to their sizes. In the big cat family, the jaguar wins. But another mighty cat that has an ultra-strong bite is the tiger. Tigers are the largest in the cat family, and exhibit a bite force of 1,050 PSI, almost twice the power of a lion (650 PSI). They are also the most dangerous large cats to humans. However, the reason is that they live more closely with humans, in places like India, than other wild cats.

Even humans can bite with a great deal of force. However, we don’t hold a candle to the animals found here. 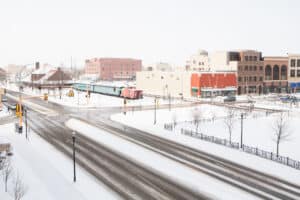