3 Animals That May Have Been Bigger than Blue Whales

Scientists are only aware of around 1.5 million animals of the millions that have existed since the inception of time, long even before the existence of humans. Unfortunately, many of these animals didn’t fare so well with time. Most of the largest animals on earth are now extinct, leaving only fossils scattered over the globe as proof of their once-common existence. Apart from fossils, some animal species also testify to how big their predecessors were before evolution.

Although many of earth’s biggest creatures are now extinct or have evolved, blue whales are some of the only mega-sized animals left on the planet. Because of how large blue whales are, it is almost impossible to believe that there were any animals before our time that surpassed them in size. Were there really any? Find out in this post.

Blue whales (Balaenoptera musculus), also called sulfur-bottom whales, are large aquatic mammals found in nearly every ocean across the earth except for the Arctic. Around 50 million years ago, their ancestors, the wolf-like creatures known as Pakicetus, started hunting in the sea. These creatures gradually improved their aquatic adaptations, and over the course of millions of years, they evolved into the baleen whales that we observe today.

Because of their size, blue whales need a lot of food to sustain them. They tend to feed on smaller prey like krill and can consume as much as 12,000 pounds of krill daily. A relatively small but considerable portion of their diet consists of other marine species like fish, zooplankton, and other tiny crustaceans. Since female blue whales are typically bigger than males, they need to eat a bit more, especially when pregnant. After mating in the winter, they are pregnant for at least 10 to 12 months and need even more food during this period. After birth, the calf must wait six to seven months before it can be weaned from its mother’s milk and start scavenging for its krill.

Blue whales are currently the biggest creatures on earth, and this title does not come easy. These gods of the sea can weigh up to 330,000 pounds and grow as long as 80 to 90 feet, with the longest blue whale ever discovered being 110 feet and 17 inches. Even baby blue whales are large and can be as long as 22 to 24 feet and weigh up to 6000 pounds at birth. Because of the sheer size of these things, it is impossible to believe that, at some point, there were other creatures as big and even bigger than a blue whale. Maybe not in weight, but at least in length. Let’s look at the three animals in history that may have been bigger than blue whales:

The Patagotitan mayorum is a genus of titanosaurian sauropod dinosaurs found in Chubut Province, Patagonia, Argentina. The new species was given its name in 2017, drawing inspiration from the Patagonia region of Argentina, where it was discovered, its power and size (titan), and the Mayo family – on whose property the bones of this new sauropod species were discovered (mayorum). The species was discovered in 2014, and its remains were excavated by a team from the Museum of Paleontology Egidio Feruglio led by José Luis Carballido and Diego Pol. The team members named the species in 2017.

The species was one of the largest titanosaur species discovered to date and lived between 100 and 95 million years ago, during the Late Cretaceous period. The dinosaur’s huge neck, wide body, and long tail measured roughly 121 feet in length, and its estimated weight was more than 70 tons while it was alive. Patagotitans were only discovered in South America, specifically in Argentina. Although this region is now desert, it is thought that the Patagotitan once lived in woods, which makes sense given that it probably used tree leaves for food. Given that blooming plants were more prevalent during this period and that the region was thought to be a warm floodplain, it is likely that there was enough vegetation to support even a giant animal like the Patagotitan.

The Supersaurus is a genus of diplodocid sauropod dinosaurs that lived in North America during the Late Jurassic epoch between 153 and 145 million years ago. The species was discovered by Vivian Jones of Delta, Colorado, in the Upper Jurassic Morrison Formation of Colorado in 1972.

James Alvin Jensen originally gave these dinosaurs the name Ultrasaurus Macintosh, but subsequently, it was discovered that the specimen of the dorsal vertebra belonged to a Supersaurus. Later, the Ultrasauros Macintosh was referred to as Supersaurus’ junior synonym. Supersaurus means “super lizard,” and rightfully so. The longest Supersaurus measured 137 feet (42 meters) long, but the species usually grew as long as 128 feet (39 meters).

In either case, Supersaurus was the largest dinosaur ever. However, it did not weigh a great deal as one might anticipate from a monster that long. Recent length estimations for Supersaurus have surpassed 120 feet or 40 meters, and it may have been closer to 140 feet long, given the dinosaur’s well-preserved fossil specimens. As such, the Supersaurus was over 10 feet longer than the average blue whale but did not weigh as much.

How Many Blue Whales Are Left? Are They Endangered?

Argentinosaurus vs. Blue Whale: Comparing the Size of Two Giants 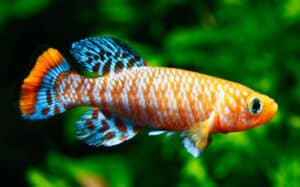