Crocodiles and alligators are sometimes referred to as “Living Fossils” because they look a lot like dinosaurs. Think about a T-Rex for a minute. They have scaly skin, sharp teeth and a long pointed tail. But are crocodiles dinosaurs? Some prehistoric animals are ancestors of the crocodile, with the modern-day crocodile evolving from it. Let’s dive deeper into the question of whether crocodiles are dinosaurs or something else!

Which came first, the crocodile or the dinosaur?

A little different than the chicken or the egg, but which animal did come first? Crocodiles relatives are believed to have existed either before dinosaurs or right when dinosaurs first appeared! Crocodile ancestors date back 240 million years to the Triassic period, that’s the same era that dinosaurs first began to flourish. Paleontologist Bhart-Anjan Bhullar discovered two fossils in Utah that date back to the Triassic period. The complete remains of the Poposaur give clues about the earliest crocodile relatives. It seems the Poposaur walked on its hind legs, upright, similar to a Tyrannosaurus. Its other features matched more like a modern crocodile with a long snout with sharp teeth. These fossils dated back before popular dinosaurs like the T-rex was even alive.

Today’s crocodiles, which in scientific terms are part of the Crocodilia Order, first appeared about 95 million years ago. That was 30 million years before dinosaurs went extinct. Crocodiles and birds (yes, birds!) are the only two surviving members of Archosauria, which we’ll discuss more of below.

Are crocodiles and dinosaurs reptiles?

What do crocodiles and dinosaurs have in common?

If you think back to what it was like during the time of the dinosaurs (or before) the kinds of animals that survived were ones that were well adapted for the current environment. If you dropped a population of modern-day bunnies into the Jurassic period, even with their ability to reproduce quickly, they would probably be wiped out. The types of animals that had the same characteristics of crocodiles and dinosaurs are the ones that survived.

At the time, animals with the following qualities thrived:

What is the timeline for Crocodile evolution, where did they come from?

Let’s trace back where crocodiles came from in scientific classification terms:

Ancient animals that were crocodile relatives

Ancient crocodiles and relatives grew to be much larger than today’s largest crocodiles. Let’s look at some of the more notable species.

The Sarcosuchus lived in the early Cretaceous period, 113 million years ago. Fossils have been found in what is now known as Niger, West Africa. They were believed to live in and along the large river system. Sarcosuchus was 30 feet long, about the length of half a bowling alley!

The Baurusuchu lived during the Late Cretaceous Period, 90-83 million years ago. It lived in South America in Brazil. They looked similar to modern crocodiles except they had longer legs with muscular thighs and their eyes were on the side of the head. Modern Crocodiles have their eyes on the top of their head. Their nostrils and eyes are sometimes the only things above the water so they can surprise their prey. Researchers think that the Baurusuchu was more of a land animal because of the positioning of their eyes and the shape of their teeth which are not equipped to munch on wet prey.

The Deinosuchus was known as the largest predator in the North American region 83-72 million years ago. They were 30-35 feet long and thought to be heavier than a T-rex. They look like a crocodile but are actually more closely related to alligators. Their body shape and features are very similar in looks to the modern-day crocodile, just much bigger! Researchers believe they may have attacked larger dinosaurs and dragged them underwater until they drowned. Modern crocodiles use the same technique, called the “death roll”!

The unique look of the Stomatosuchus includes a pelican-like pouch under its snout! Otherwise, they looked very similar to modern crocodiles. Their snout was long and skinny and the top row of teeth were small. The bottom jaw was toothless, thus scientists named them Stomatosuchus inermis which means “weaponless mouth crocodile”. They were larger than modern-day crocodiles, reaching 32 feet long and 3 feet tall.

The Thalattosuchus were from the Early Jurassic period (201.3 million-174.1 million years ago) and fossils were found in the area that is Germany, France, and England today. Looking much like the modern-day crocodile except that it is a marine animal, they lived in the ocean. One kind of Thalattosuchus had unique flipper-like legs and a tail more like a shark. Scientists even argued that perhaps it was actually more related to a dolphin or a whale. But further studies suggest it is a species of Steneosaurus bollensis, which is more crocodile-like.

How did crocodiles survive the extinction event that killed all the dinosaurs?

So crocodiles are not dinosaurs, ancient crocodiles were around before most dinosaurs. They survived the extinction event (like an asteroid) 66 million years ago and are still alive today. Scientists wrestle with this question, but there are two common reasons that might be the reason. 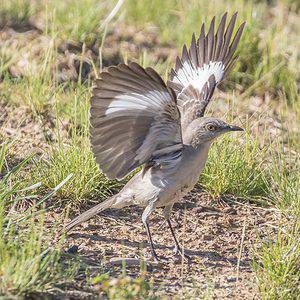