Maria Ulzutueva/Shutterstock.com
Share this post on:
More Great Content:
Dogs With The Highest Bite Force
This Prankster Coyote Wasn’t Ready for a…
The 10 Most Dangerous Dog Breeds in…
Belgian Shepherd vs German Shepherd: 5 Key…
The Top 8 Oldest Dogs Ever
American Bully Vs American Bulldog: Is There…

Despite their similarity in names, these two breeds actually have very distinct backstories. The Australian Cattle Dog’s origins are, indeed, in Australia. These pups were cross-bred Down Under in response to the explosion of cattle ranching in the country during the early 19th century. They were highly valued work dogs for their intelligence, energy, and stamina.

The Australian Shepherd’s name is a bit misleading. This popular pup breed was actually developed in the western United States. The international growth of the sheep ranching industry during the late 19th century led to the development of this breed, which was influenced by both Spanish and British dog breeds. Australian Shepherds were prized by sheep ranchers for their work ethic, loyalty, and enthusiasm.

You’ve probably noticed that the Australian Shepherd and the Australian Cattle Dog have different coat types and colors. But we can also help you tell them apart through their size, weight, trainability, or life expectancy.

Let’s now take a closer look at how exactly you can identify these two breeds, with the help of some key differences that will come in handy both as a dog enthusiast and owner.

Both are herding dog breeds, so their temperament and trainability are similar. However, we can still highlight some differences between the two. For instance, the Australian Shepherd is more eager to please its owner, while the Australian Cattle Dog is more independent and often takes the lead during training.

If you’re willing to learn more about the key differences between the two breeds, we’re happy to provide you with detailed insights below.

The Australian Shepherd’s coat is long, wavy, and thick, which means that it requires a lot of grooming, especially during the shedding session. This might be an important factor to consider if you’re thinking about buying a dog. What is special about the coat of the Australian Shepherd is that every dog has a unique variation of color. The standard includes blue merle and red merle, solid black or red.

The Australian Cattle Dog has a short-haired coat, making grooming easier and rarer. The curious thing about an Australian Cattle Dog is that it can be either a Blue Heeler or a Red Heeler. The Blue Heeler is a variation that has black hairs spread among the white hairs and, in turn, can be blue-speckled or blue mottled. These combinations make the dog’s coat look like it has a blue color. The Red Heeler is a variation that has brown hairs among the white hairs, which gives the coat a reddish appearance.

Both the Australian Shepherd and the Australian Cattle Dog are considered intelligent, loyal, active, and energetic dog breeds. They are both very affectionate and playful. Because they are a bit cautious around strangers or new situations, their owners should invest time in early socialization, helping them get used to new people and various places and sounds. The fact that they are cautious makes them a perfect fit for being guard dogs.

These two dog breeds will get extremely attached to their owners and will defend them anytime, sometimes without even waiting for a command.

The Australian Cattle Dog is much more independent than the Australian Shepherd, making this one of the key differences between the two breeds. If the owner doesn’t have much experience with dogs, it can take the lead in the household. This makes them a better choice for families that aren’t always at home because the Australian Cattle Dog doesn’t mind being left alone. They would still rather be around people, however.

The two dog breeds have a lot of energy and always look forward to learning something new or executing a command. They are both willing to do almost any task they are given.

The Australian Shepherd and the Australian Cattle Dog are herding breeds, so they are very fond of running, jumping, and playing in open spaces. They do, however, have herding instincts that have to be spotted early on, chasing or heel sniffing. If not properly trained, these instincts can grow, and it can be harder for the owner to train and teach the dog.

According to Stanley Coren, the Australian Cattle Dog is among the 10 most intelligent dogs based on their obedience during training. A training routine will be pleasant for the owner as well. This is an important factor to take into account if you are considering adopting an Australian Cattle Dog.

The Australian Shepherd is more reluctant when it comes to training. Even though it’s also independent, its desire to please the owner is bigger. If the training starts at an early age, it will incorporate it into its daily routine. This is why the Australian Shepherd requires constant training and exercising, otherwise, it will easily get bored and will become destructive.

Now that you understand the difference between these two popular canines, continue building your animal knowledge by discovering the differences between other similar species. 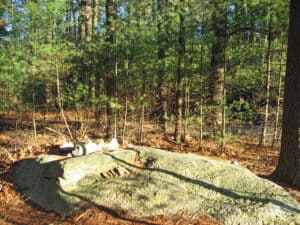