Whether you are an avid angler or simply want to learn more about blue catfish vs channel catfish, you’re in the right place. Both of these fish are frequently caught by fishermen in North America, but how can you learn how to identify these catfish and tell them apart?

In this article, we will address all of the differences and similarities between these two commonly confused catfish varieties. We’ll go over the behavioral differences, the preferred habitats, and the lifespans of these two fish so that you can gain a greater understanding of them. Let’s get started now!

Let’s address some of these differences in more detail now.

The overall length of these two fish differs as well. The blue catfish reaches anywhere from 30-60 inches, depending on age, while the channel catfish grows 12-24 inches on average. However, there are always outliers to this rule, so keep this in mind if you end up catching an extra large channel catfish!

While both of these fish are found in North America, there are some differences in their locations and preferred habitats. However, both blue catfish and channel catfish are fished for in the same area, so their location isn’t a hard and fast rule when it comes time to identify your catch.

Blue catfish live in the Southern United States stretching east, while channel catfish are located in the central and eastern portions of the United States. These two fish have some habitat preferences as well. Channel catfish enjoy any type of waterway with low to moderate currents, while blue catfish prefer fast moving streams and large rivers.

While both of these fish occupy similar waterways and have extremely similar life cycles in terms of their reproductive cycles and offspring, they do have some differences in their behaviors. Let’s talk about those in more detail now.

A final difference between blue catfish and channel catfish is their lifespans. All species of catfish grow throughout their entire lives, which means that the larger the catfish, the older it is. However, that does not mean that these fish do not have average lifespans. 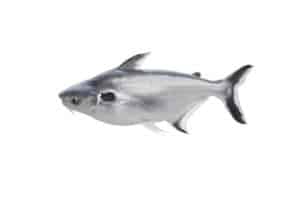 Swai vs Catfish: What Are the Differences?

Swai vs Catfish: What Are the Differences?