Boston Ivy vs English Ivy: What Are The Differences?

A-Z-Animals.com
Share this post on:
More Great Content:
Is Hibiscus a Perennial or Annual?
Rose Of Sharon vs. Hardy Hibiscus
7 Extinct Trees
Are Mushrooms & Other Fungus Plants?
The 5 Best Annual Flowers For Zone…
Are There Any Plants That REALLY Keep…

Boston and English ivy are both flowering plants best known for being fast growing and for their ability to climb to extensive heights. Both are vines and readily attach themselves to trees and buildings. On the surface, they look as though they are the same plant, yet when we look closer, we find they are actually very different. So join us if you want to learn all about Boston ivy vs English ivy!

The 7 Key Differences Between Boston Ivy and English Ivy

The main difference between Boston ivy and English ivy is that one is evergreen while the other is deciduous.

Additionally, their leaves and berries are slightly different, and their flowers are different of sizes. Not only that, but one is more aggressive than the other.

The first difference between English and Boston ivy is their origins. English ivy is native to most of Europe, western Asia, and northern Africa, inhabiting woodlands, scrubland, and wasteland. Boston ivy is native to China, Korea, and Japan, where it prefers shady and semi-shaded woodland areas. However, both plants are widespread worldwide and are classed as invasive species in many areas.

Another major difference between Boston ivy and English ivy is the color of their leaves. This is because English ivy is an evergreen species, meaning its leaves remain green all year round without dying and dropping off in winter. However, Boston ivy is deciduous rather than evergreen. This means that although its leaves are green during spring and summer, they turn red and drop off during fall. In fact, Boston ivy often looks as though it is dead during the winter months. But as soon as the temperature changes in spring and the days begin to lengthen, it returns to its full glory.

As we’ve just mentioned, Boston ivy is deciduous, so its leaves turn red in the fall. However, during the spring and summer months, there are still some other slight differences between the leaves of these two plants. English ivy has glossy dark green leaves with visible light-colored veins. The leaves are usually heart or oval-shaped and have between three and five lobes.

During the summer, Boston ivy has uniform green leaves with no noticeable color change over the veins. Their leaves are also heart or oval-shaped but typically only have three lobes.

The flowers on these two plants are also noticeably different. English ivy has yellowish green flowers which grow in dome-shaped clusters. However, the flowers on Boston ivy are green and so small that they are virtually unnoticeable.

The fruit of Boston and English ivy look similar at first glance, but the fruit of English ivy is black and berry-like and grows in clusters. The fruit on Boston ivy is a dark blueish color and has a grape-like appearance. They grow in bunches, but as the flowers are so insignificant, it can often look as though the fruit has bloomed from nowhere.

Both English and Boston ivy can often be found climbing their way up buildings, and in some cases, this can be a good thing as they can be used to cover up unsightly structures. They also provide shade along walls during the summer months, reducing the cooling costs inside the buildings.

However, while they can be useful to buildings, they can also be damaging. Despite this, Boston ivy is generally considered less aggressive to buildings than English ivy. The climbing vines can scar buildings, and as they continue to grow upwards, they can damage guttering and eaves. Additionally, the roots and vines can penetrate any cracks or joints and exacerbate any weakness in the building.

Are English Ivy and Boston Ivy useful to wildlife?

Yes, both plants are incredibly useful both for wildlife and for buildings. Animals such as birds feed on the berries while insects feed on the nectar and pollen.

No, despite claims to the contrary, Boston and English ivy do not actually harm trees at all. Instead, so long as the tree itself is healthy the ivy actually provides support. Many people think that ivy “suffocates” the tree by wrapping its climbing vines around the trunk and also by inhibiting the tree’s root system. Ivy has its own root system and claims its own nutrients from the soil and control of the ivy is not usually necessary.

Yes, both Boston and English ivy are poisonous. In both plants the berries and leaves are toxic and can cause a serious stomach upset and vomiting if consumed. In some cases, the sap can also cause an allergic reaction if it comes into contact with skin. 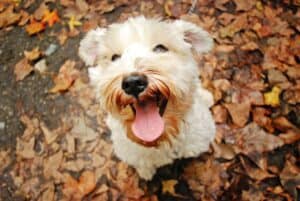