Written by Lex Basu
Updated: November 2, 2022
Share this post on:
More Great Content:
Mini Lop Vs Holland Lop Bunnies: How…
Rabbit Predators: What Eats Rabbits?
What Do Bunnies Eat?
The 10 Most Adorable Lop-Eared Rabbit Breeds
What’s a Baby Rabbit Called + 4…
The 10 Largest Rabbits In The World

Thanks to the numerous movies, cartoons and other media, we love bunnies. It is a fact that bunnies make great pets, especially for young children. They are soft, fluffy, cute, and fun to play with. Many religions and folklores identify rabbits as bringer of luck and prosperity. It is important to note that these are very fragile creatures and require the utmost care, protection and affection.

There are so many famous bunnies, namely the Easter Bunny and Bugs Bunny, but what exactly is the difference between a bunny and a rabbit? Is a bunny a miniature rabbit or another species entirely? In fact, “bunny” is an informal name for a rabbit, but it usually refers to a young rabbit or a baby. Baby bunnies have other names, but many people refer to rabbits and hares as bunnies.

Rabbit species are found in wooded areas, meadows, grasslands, wetlands, and even deserts and tundras across the world. Other similar animals are pikas and hares, but they are all different animals.

With that said, here are the key difference between bunny and rabbit:

Bunny vs Rabbit – Defining Difference Between Bunny and Rabbit

Baby bunnies start by feeding on their mother’s milk. Adult rabbits have a more varied diet. In the wild, they regularly forage for many types of vegetation. Rabbits can eat weeds, flowering plants, pine needles, shrubs, and clover. They keep their teeth trimmed by chewing on tree bark and twigs.

Baby bunnies are born without fur. They usually develop fur in about a week. After 12 days, they develop a soft, fluffy coat that makes them irresistibly cute. That soft fur will last from a few months to a year. After that, they shed their fluffy coats and grow their smooth adult coats.

Both a bunny and a rabbit need to stay warm to stay healthy, they also don’t like wet and rainy weather. If you are keeping them as pets, try to keep them indoor or waterproof their sleeping area and ensure proper heat is provided.

The colors of a baby bunny’s coat don’t show what color it will be as an adult. Many bunnies start at one color and develop another when they become adults.

Summary: Difference Between Bunny and Rabbit

Many species of animal get confused for each other. Here are a few examples:

What Is the Difference Between a Rabbit and a Bunny?

There isn’t much difference. Most people use “bunny” to refer to a baby rabbit, but “bunny” can also refer to a fully grown rabbit.

Why Is a Rabbit Called a Bunny?

Nobody is sure where the word comes from. One theory is that it comes from the Gaelic word “bun,” which was used for squirrels, rabbits, and attractive women. Some people believe it referred to the rabbit’s small, bun-shaped tail.

Another theory notes that the original name for a rabbit was “coney,” which referred to both rabbits and hares. Since it was close in pronunciation to a vulgar word, people began avoiding it and using the rhyming word “bunny” instead. Initially, people used rabbit to describe baby rabbits and “bunny” for adults, but in modern times, those meanings have switched.

In short, nobody knows where the word came from. We only know people have been using it since the 1500s to describe the flop-eared cuties.

Do Bunnies Turn into Rabbits?

Whether you call them bunnies, rabbits, or cottontails, these bouncing, long-eared mammals are some of nature’s cutest critters. Fortunately, they are plentiful in the world, and you can see rabbits anywhere. 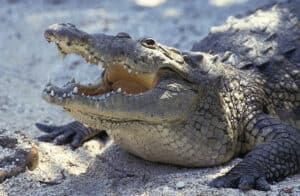