Cats exude confidence — they walk through paths not meant for them and still manage to act as if they own the space. Now, big cats? It gets a lot more intense. Dogs get intimidated by the little creatures we call pets, so can you imagine when the cat is bigger than the dog?

This incredibly large cougar has that same swagger as a domesticated cat and has wandered over into what appears to be the front yard of a home. The two pet dogs do what their instincts tell them to do, and they start barking wildly, circling the cougar.

The cougar does a couple of turns, assessing the situation before its patience quickly runs out. If you own a dog, imagining this happening to your furry besties can make you feel queasy. The cougar lunges forward toward one of the pups so quickly its image becomes blurry.

Luckily, it was just an intimidating lunge and not a full attempt to devour the dog. The cougar is annoyed, hungry, and feeling outnumbered. It hisses and keeps turning about, trying to ensure that neither dog has a vantage point.

The dogs keep barking and the big cat keeps hissing. It takes a little bit to make out the species of each dog — the most defensive is a husky and there’s a German shepherd whose barks have a lower and more intimidating tone.

The footage gets shaky as the cougar seems to realize that even though it outsizes the two dogs, there’s nothing there for it to explore or feast upon. It approaches the two dogs several more times as they work toward intimidating and guiding the cougar away from the home.

Finally, you hear the person behind the camera say, “Whoa, whoa!” But, if the barks haven’t impressed the cougar, a human voice won’t do much. However, that husky is not going to let anyone come near its home. It continues its intimidation tactics, running around erratically yet strategically around the cougar, keeping it guessing.

The German shepherd stays behind as backup, never failing to use its own vocal cords for those menacing barks. The tension doesn’t stop from beginning to end and, just as the video cuts, the cougar once again lunges toward the husky. 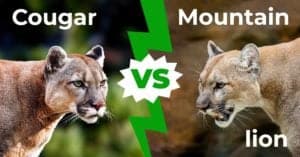 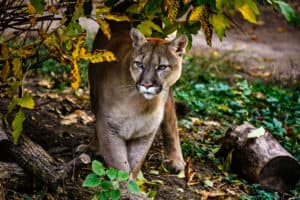 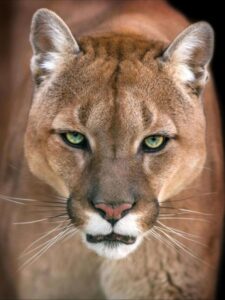 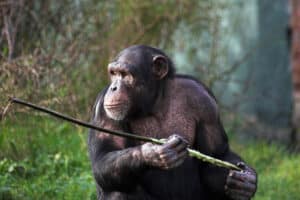 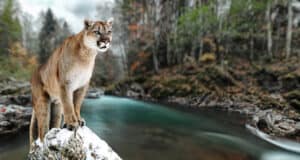 See the Incredible Standoff Between a Cougar and a Bear