Written by Katie Melynn
Updated: September 19, 2022
© SHASHIKANT TRIVEDI/Shutterstock.com
Share this post on:
More Great Content:
See a Wildebeest Launch Itself Over Two…
Lions vs Tigers - 5 Key Differences…
How Long Do Lions Live: The Oldest…
Animals That Can Kill a Lion
This Lion Was So Big It Hunted…
Watch A Lion Hunt The Largest Antelope…

Lions are the apex predators in their environment. But that doesn’t stop this brave jackal from trying to distract the big cat from his meal, hoping to snatch a bite.

In this video, a male lion is eating a fresh kill in Masai Mara. This national game reserve is located in Kenya and home to many species of African wildlife, including the lion and jackal shown in this footage. The lion has a hooved animal, likely an impala or gazelle, in his jaws. One jackal hovers behind him while another sits a further distance away.

“Jackals will follow lions in the hope that they lead them to a kill,” reads the text on the bottom of the screen. Amazingly, the lion didn’t turn on the jackal and decide to have him for lunch. Instead, the lion shifts his body around out of annoyance as the smaller jackal nips at his tail.

Chewing on his meal, the lion does not seem to be bothered by the jackal other than an occasional flick of his tail as the jackal gets close. He doesn’t stop eating or even turn to look at or chase the jackal away.

The jackal nipping is trying to distract the lion so that the other jackal can rush in and steal the kill. We’re not sure which jackal has the harder job. It seems like the big cat isn’t going to be outsmarted anytime soon. The person filming speculates that the kill actually belonged to the jackal to begin with. Jackals are more skilled at catching small animals like those. The lion probably chased them off from the meal and the jackals are now back to reclaim their food. 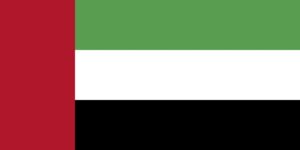