North Carolina is the most alluring birding destination year-round. Its diverse landscapes and spectacular mountains offer a majestic setting for bird watching opportunities, which vary as much as the terrain. The state is home to around 470 species of birds, making it one of the richest territories for avian diversity.

The hawks in North Carolina are among these bird species. You don’t have to visit the parks, preserves, or wildlife refuges to see these raptors. Explore the grasslands, prairies, marshes, forests, deserts, mountainous regions, and many other habitats to see hawks since they can virtually live anywhere.

Here is a list of 8 species of hawk that you can find in North Carolina.

Red-tailed hawks are the most widely distributed hawks in North Carolina. You can easily spot them, especially while on a car journey. They spend most of their time circling over open fields or perched on telephone poles by the roadside in search of prey. They have distinctive red tails, which differentiates them from other types of hawks.

Red-tailed hawks mainly feed on crustaceans, amphibians, reptiles, and small birds. They have very sharp eyesight to spot prey from high perching points. These hawks are also vulnerable to predation from great-horned owls, bobcats, and even humans who kill these raptors.

Red-tailed hawks dwell in tropical rain forests and mountainous regions with commanding landscape views. During breeding seasons, they build their nests in the crowns of large trees. Females lay between 1 and 5 eggs each year. Both males and females take turns incubating the eggs. Eggs take about four to five weeks to hatch, and young ones leave the nests about six weeks later.

Northern harriers have owl-like faces with slender, long tails. They are hardly spotted in North Carolina except during winter. They can be seen gliding low over prairies, marshes, and open fields. They live in both wet and dry places.

These hawks have a diet that varies with season and location, though they primarily feed on rats, lizards, toads, large insects, voles, and small birds, and sometimes they may capture small rabbits. They feed on carrion, especially in winter. They fly low over open fields or dense cover to find prey. They may even locate prey by sound.

Northern harriers usually nest in colonies, and one male can have more than two mates. They build their nests on the ground in a dense field. Females lay about 4-6 eggs. The incubation period lasts about 30-32 days and is done by females only. Young ones can fly at 30–35 days old.

Red-shouldered hawks can be sighted throughout the year in North Carolina. They inhabit a wide range of habitats, including suburban areas, deciduous forests, wooded swamps, riparian forests, and many others. They are not so picky when it comes to finding a home. They derive their name from the red-colored upper wings. They have stunning black and white feathers and long barred tails.

Like many other raptors, red-shouldered hawks also feed on small mammals such as lizards, frogs, snakes, shrews, mice, voles, caterpillars, small birds, and large insects. They either fly low to the ground to spot and surprise any prey, or they can just perch on poles or trees and wait for unsuspecting prey to pass by.

Red-shouldered hawks build their nests at the crotch of a tree, usually in an area close to a waterbody. Females lay between 2–5 eggs and incubate them for 33 days when the nest is ready.

Rough-legged hawks frequent North Carolina in winter. They are very uncommon within the state. Some of them can be spotted perched on poles by the roadsides or hovering over the open fields and marshes. They are dark-brown raptors who derive their name from their feathered legs.

Rough-legged hawks mainly feed on voles and lemmings. They also eat a variety of small birds, ground squirrels, and other mammals. They hunt by hovering over open fields or watching for prey from a perch.

These hawks build their nests on high cliffs or level ground. Others opt to build their nests at the forest’s edge on top of a tree. Once the nest is ready, females lay between 3 and 5 eggs, which take roughly 31 days to hatch.

Broad-winged hawks can be found throughout all regions of North Carolina. They are small hawks with fairly broad wings. They spend most of their time at the edges of forests. They can also be sighted along the shores, coastlines, or ridges.

These hawks have a diet that consists of young turtles, lizards, snakes, squirrels, voles, mice, toads, and small birds. They sometimes eat earthworms, centipedes, and crayfish. They watch for prey from a perch and swoop down rapidly to catch it the moment they spot one.

Broad-winged hawks build their nests in the lower part of a tree, normally coniferous or deciduous. Females lay between 1-4 whitish eggs with brown spots. The incubation period lasts for about 28-31 days. Both sexes take care of their young until they can fly and hunt for themselves.

Cooper’s hawks are widespread in North Carolina, though they are best sighted during winter. They resemble sharp-shinned hawks but are a bit larger. They have red eyes, a bluish-black back, and a more rounded tail. They are well adapted to catching prey in heavily forested areas.

Their diets mainly consist of woodpeckers, quails, doves, snakes, frogs, squirrels, mice, bats, and even smaller raptors like American kestrels. They patrol forest edges and open fields in search of a meal. They can also be spotted at the feeders looking for an easy meal.

Male Cooper’s hawks build new nests each year since they cannot reuse the same nest twice. Females lay 3-6 eggs, and they are responsible for incubation. Eggs hatch after 30-36 days, and the young Cooper’s hawks are ready to take their first flight in about 4-5 weeks.

Northern goshawks are often found in North Carolina during the winter. They are bigger and more powerful as compared to sharp-shinned hawks. They have a dominant grayish color with broad wings and long tails.

These hawks feed mainly on medium-sized birds and small mammals. They put on short bursts of fast flight in pursuit of prey. They are susceptible to predation by great horned owls, fishers, American martens, and other large hawks.

Northern goshawks build their nests on top of deciduous trees in mixed forests. Males are monogamous, and they tend to mate for life. Females lay between 2 and 4 eggs, which take around 32–38 days to hatch. Females do incubation mostly. Young ones start flying at about 5-6 weeks.

Sharp-shinned hawks are not very common in North Carolina year-round. Winter is the best time to spot these raptors within the state during their migrations. They derive their name from their sharply keeled, featherless legs. These hawks are the smallest as compared to other types of hawks. They have long, narrow tails that complement their short, rounded wings.

Sharp-shinned hawks feed mostly on small birds such as songbirds and quails. They often frequent the backyard bird feeders in search of prey. This is why the public massively dislikes these hawks. They are, in turn, preyed upon by peregrine falcons and other large hawks.

Sharp-shinned hawks are generally very secretive birds of prey. They inhabit heavily forested areas and nest in dense vegetation during breeding seasons. Females lay between 4 and 5 eggs, which take about 30–32 days to hatch. 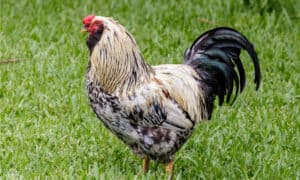 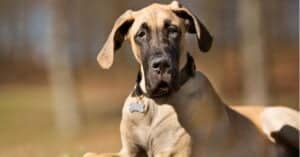