Discover the 10 Largest Bears in the World

Written by Patrick Sather
Updated: October 28, 2022
©
Share this post on:
More Great Content:
An Absolutely Gigantic Moose Makes These Grizzlies…
See The Footage of The Rarest Bear…
Silverback Gorillas vs Grizzly Bears: Who Would…
Why Did Cave Bears Go Extinct?
5 Massive Bears Larger Than a Grizzly
Watch a Grizzly Drag a Moose Calf…

Although movies and television often portray them as cute and cuddly, few animals can be more intimidating than bears. While they come in all shapes and sizes, all eight extant bear species possess excellent survival skills. Bears can live in harsh environments and take down some of the toughest animals on the planet. Their robust frames enable them to bludgeon prey into submission, and their jaws can bite down with enough force to crush a bowling ball. They will eat almost anything that they can get their claws on, including their own kind.

Many bears boast incredible strength and size, but what is the biggest bear species of them all? It’s essential to consider measurements such as weight to determine which species dwarfs all the others. The tallest specimens tower over any human and can weigh as much as a classic compact car, but some species measure significantly smaller. By comparing them from head to toe, it’s easy to see which bear stands above the rest. Here is a list of the ten largest bears in the world.

The very first ursine we shall be examining in response to the question “What is the biggest bear of all?” is a rather mild-looking mammal. Lankier than brown and black bears, the Sloth bear (Melursus ursinus) distinguishes itself with its shaggy mane and sickle-shaped claws. The average female can range from 121-231 lb, while the average male weighs between 176-320 lb. However, unusually sized Sloth bears can reach weights of 423 lb. They stand between 4 feet, 7 inches tall, and 6 feet, 3 inches tall.

Sloth bears are native to the Indian subcontinent and distributed across India, Sri Lanka, and Nepal. Classic omnivores, they subsist primarily on fruit, termites, and ants. Also known as a “labiated bear,” sloth bears use their long lower lip to suck up insects. Meanwhile, their curved claws are perfect for digging up tasty treats. Due to habitat loss and environmental degradation, the IUCN lists the Sloth Bear as a Vulnerable species.

Next on our list of the biggest bear species is the Asiatic black bear (Ursus thibetanus). Also known as the moon bear or white-chested bear, it is most recognizable due to the v-shaped white mark on its chest. More slender and lightly built than brown bears, male Asiatic black bears weigh around 130-440 lb. Females of the species weigh between 88-276 lb. They measure from 3 feet, 11 inches to 6 feet, 4 inches in length.

Native to the Himalayas, Asiastic black bears can also be found throughout other parts of each. Additional habitats include the Indian subcontinent, southern Iran, the Korean Peninsula, eastern Russia, northern Japan, and Taiwan. They like to spend their waking hours in trees but prefer to hibernate in caves or hollowed-out tree trunks. Their diet consists of insects, fruits, nuts, mushrooms, honey, and grains. Currently, the IUCN lists the Asiatic black bear as a Vulnerable species. Its chief threats include habitat loss and poaching.

The spectacled bear (Tremarctos ornatus) is the last remaining species of short-faced bear in the world. Also known as the Andean bear or mountain bear, spectacled bears get their name from the splash of pale markings across their face and chest. Male spectacled bears typically weigh between 220-440 lb, and females weigh from 77-181 lb. The most massive spectacled bears can weigh approximately 491 lb. They measure between 3 feet, 11 inches to 6 feet, 5 inches in length from head to toe.

Spectacled bears remain the only surviving bear species native to South America. They range from Venezuela to Colombia, Ecuador, Peru, Bolivia, and Argentina. However, they are can be found almost exclusively within the Andes Mountains. Like black and sun bears, spectacled bears spend most of their time in trees. Their diet includes cactus, nuts, bamboo hearts, fruit, and palm leaves, but they will also prey on deer, llama, cattle, and small rodents. The IUCN lists the spectacled bear as a Vulnerable species, primarily because of habitat loss.

Although their name implies a dark coloration, American black bears can also be brown or even blond. They range throughout the northwestern and northeastern United States, around the Great Lakes region, throughout Canada, and into Alaska. American black bears subsist mainly on vegetation, including fruits, nuts, and the shoots of young grasses. Their diet also includes insects, white-tailed deer, young elk and moose, and fish. Thanks to its widespread distribution and stable population, the American black bear is listed as a species of Least Concern by the IUCN.

Also known as the European brown bear or common bear, the Eurasian brown bear (Ursus arctos arctos) is one of the most common subspecies of brown bear. Adult males usually weigh between 550-660 lb, while full-grown females range from 330-550 lb. That said, some Eurasian brown bears can grow up to 1,058 lb and stand nearly 8 feet, 3 inches tall.

Eurasian brown bears used to exist throughout Eurasia. Today, their range is limited chiefly to northern and eastern Europe, Russia, the Baltic states, and the Balkans. However, isolated populations still exist in Spain, Italy, France, southwest Asia, China, and Japan. The diet of Eurasian brown bears consists of roots, berries, nuts, insects, and fish. They are also known to attack livestock and hunt small and large mammals. The IUCN currently lists them as a species of Least Concern, although some question its status due to decreasing populations in several regions.

One of the most famous subspecies of brown bears, the grizzly bear (Ursus arctos horribilis) gets its name from its fearsome appearance. The average grizzly measures about 6 feet, 5 inches in length but can range between 3 feet, 6 inches, and 9 feet long. Adult male grizzlies often weigh between 400-790 lb, while females weigh between 290-400 lb. However, coastal grizzlies average around 899 lb and can exceed 1,000 lb at their heaviest.

Historically, grizzlies’ territories stretched throughout most of North America. Today, their range is limited to the northwestern United States, Alaska, and western and northern Canada. Grizzlies will frequently prey on large animals, including elk, deer, bison, moose, and caribou. Populations with access to salmon, trout, and bass can grow especially large, such as the grizzlies of Alaska and British Columbia. The grizzly bear is listed as threatened in the contiguous United States and endangered in Canada by the IUCN.

A close relative of the Eurasian brown bear, the Ussuri brown bear (Ursus arctos lasiotus) is also known as the black grizzly bear or Ezo brown bear. Its appearance is similar to the Kamchatka brown bear, although it possess a narrower skull and shorter forehead. Male Ussuri brown bears average 880 lb and can grow up to 1,210 lb. They typically range from 6-9 feet in length.

Ussuri brown bears primarily live in eastern Russia and its surrounding islands, the Korean Peninsula, northeast China, and northern Japan. Their diet consists mainly of vegetation, including grass shoots, sap, seeds, nuts, and berries. However, they will also hunt and consume small and large mammals, birds, fish, and insects. Depending on the region, populations of Ussuri brown bears can be listed as either stable or threatened. Overall, the IUCN lists them as a species of Least Concern.

The Kamchatka brown bear (Ursus arctos beringianus) is the largest subspecies of brown bears in Eurasia. The heaviest Kamchatka brown bears can weigh up to 1,430 lb, although average weights vary throughout the seasons. When standing on their hind legs, they measure from 7 feet, 11 inches to 9 feet, 9 inches tall. While typically dark brown in appearance, lighter colorations do exist in the wild.

Kamchatka brown bears get their name from the Kamchatka Peninsula, which is home to most of their population. However, sightings frequently occur on Karaginsky Island, the Kuril Islands, the Shantar Islands, and Saint Lawrence Island. Their diet primarily consists of berries, nuts, fish such as salmon and trout, and marine mammals. Around 10,000-15,000 Kamchatka brown bears exist in the wild, which prompted the IUCN to list them as a species of Least Concern.

In our list of the biggest bear species, this ursine is a true heavyweight. The largest subspecies of brown bear, the Kodiak bear (Ursus arctos middendorffi) is second only in size to the polar bear. Also known as the Alaskan brown bear, it is similar in appearance to other brown bears, with its distinguishing feature being its size and location. Adult Kodiak bears often weigh between 660-1320 lb, while the most massive wild bear on record weighed 1,656 lb. When standing upright, they can measure anywhere from 8 feet to 9 feet, 10 inches tall. However, captive Kodiak bears can weigh up to 2,130 lb and stand almost 11 feet tall.

Kodiak bears are native to the Kodiak Archipelago. The archipelago is the only place in the world where Kodiak bears live, and it is also the source of the their name. Their diet contains various local foods, including berries, seaweed, beach-dwelling invertebrates, and salmon. The population of Kodiak bears is estimated to be above 3,000, and the number of bears is slowly increasing. The IUCN currently lists Kodiak bears as a species of Least Concern.

Polar bears range within the Arctic Circle but also roam throughout the northern stretches of Greenland, Canada, Russia, Alaska, and Norway. Their scientific name translates to maritime bear, which alludes to their ability to swim for long distances in freezing water. Members of the biggest bear species rely on meat more than any other of their relatives, as their diet primarily consists of seals, but they will also prey on walruses, small whales, and fish. The global polar bear population is estimated to be between 20,000 to 30,000. Due to the threat of climate change, pollution, and other human influences, the IUCN lists polar bears as a Vulnerable species. 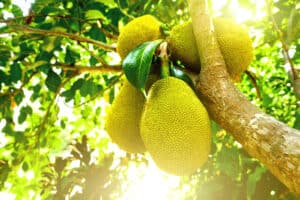