New England is not a state but a region that consists of Vermont, Rhode Island, New Hampshire, Massachusetts, Maine, and Connecticut. With a total area of over 70,000 square miles, New England can offer its visitors and explorers astonishing views, incredible sights, and more than enough activities to keep them busy.

The region features mostly mountains and rolling hills. There’s an impressive jagged coastline that can also be explored. Across New England, the Green Mountains, the Taconic Mountains, and the Berkshires form a spine of Precambrian rock. It is worth discovering for those who are interested in old geological formations.

When it comes to national parks, New England is home to 28 parks, historic sites, and recreation areas administered by the NPS (National Park Service). Even those who plan a longer hike or trip through this region won’t be able to visit all of them.

This is why we would like to introduce you to eight of the national parks that you should definitely visit if you’re here. Let’s see why!

Acadia National Park, nicknamed the “Crown Jewel of the North Atlantic Coast” by the National Park Service, can be found along the Maine Coast. Within the park, visitors will be delighted to see 16 islands, the tip of the Schoodic Peninsula, a portion of the Isle au Haut, and half of Mount Desert Island. All of these are part of this park.

Acadia National Park was designated to preserve the rocky headlands of the New England region. A glaciated landscape and a myriad of habitats are two of the features that make this park a must-see location for those traveling through this area.

Nature lovers will also rejoice when visiting this park. The number of flora and fauna species that can be spotted here is staggering. While exploring, shrubs, flowering plants, bogs, coniferous forest trees, deciduous forest trees, and many more can be seen.

Birdwatchers should be prepared when entering Acadia National Park; 215 bird species can be spotted here throughout the year.

The Cape Cod National Seashore can be found in Massachusetts. It was created in 1971 by John F. Kennedy, one of the most well-known American presidents in history. The seashore features more than just a shoreline; it hosts woods, ponds, marshes, uplands, and a beachfront. The national designated area has 40 miles of seashore along Cape Cod.

Visitors can engage in many activities here – swimming, biking, walking, and even hunting in the areas where it is permitted. Those who enjoy nature will have a great time exploring the wetlands, the coast, and the woods of the Cape Cod National Seashore.

The seashore is, however, known for its peculiar attractions. Wellfleet Tavern Site is home to numerous artifacts, such as glassware and smoking pipes. The Outer Cape features sand bars that shelter over 1,000 shipwrecks above and are buried in the seashore.

If lighthouses are on your bucket list, you shouldn’t miss Nauset Light and Highland Light. The latter is the tallest and the oldest building in the Cape.

Adams National Historic Park can be found in Massachusetts and is designated to preserve the homes of John Adams and John Quincy Adams (both presidents), Charles Francis Adams, Henry Adams, and Brooks Adams. In short, the park preserves the history of the Adams family.

The small park shelters eleven buildings, the Stone Library, the birthplace of the two presidents, and Peacefield. The Stone Library will be an exciting find for book lovers as it consists of more than 14,000 historic volumes.

Even if a small one, Adams National Historic Park has nature all around its eleven buildings. One impressive sight is the Old House at Peacefield. Built in 1731, it is a designated National Historic Site surrounded by shrubs, a forest, and even climbing flora.

Lowell National Historical Park was established in 1978 and consists of sites that are representative of the textile manufacturing era in the city of Lowell. Your journey in this park will likely start with the visitor center. Here, you can start a free self-guided tour that will introduce you to the city’s history.

Nature lovers can also have a good time here. The Merrimack Canal features a footpath that will take you along former historical park sites. The Merrimack River is a great stop to spot local wildlife, such as mallard ducks and great blue herons. The river shore is home to unrestored mill sites and canal raceways that make for surreal sights.

Lowell National Historical Park is rich in exhibits and historical sites and features a trolley service that runs through the entire park.

Among the preferred attractions are forts dating back from the Civil Era, beaches, and hiking trails. Fans of the Shutter Island movie can take a short trip to Peddocks Island, where some of the movie’s most popular scenes were filmed.

The Boston Harbor Islands National Recreation Area is perfect for travelers who don’t like to stay put. With plenty of time on your hands, you can visit each of the 12 islands that are open to the public. Be aware that this means a lot of ferry and boat rides!

Governors Island National Monument is a 22-acre area located on Governors Island, New York. The monument was previously a base of the United States Coast Guard – its most extensive base. In 1995, the Coast Guard decided to close it due to financial issues. The base was later reopened to the public for use.

The two forts on the island, Fort Jay and Castle Williams are currently closed to the public but might be open in the future. Even though the island had military and defense uses for almost 200 years, it still boasts a rich ecology and wildlife, mainly birds. As such, birdwatchers should prepare before they step onto Governors Island.

Governors Island National Monument is rich in harbor history and offers visitors the opportunity to see the layout of a Coast Guard base. It is worth mentioning that most of the island consists of green areas – Nolan Park, Colonels Row, Play Lawn, and even a park in progress.

Minute Man National Historical Park is located in Massachusetts and was designated to preserve the historical importance of the first battle of the American Revolutionary War. The park shelters five sites of both historical and natural importance.

As Emerson says in his Concord Hymn, the shot heard round the world was fired from the North Bridge. Here, militiamen fired back at British troops for the very first time. The Battle Road Trail, located between Concord and Lexington, features a restored colonial landscape that history lovers will enjoy. The trail will take you through forests and fields.

Morristown National Historical Park, located in New Jersey, is home to four sites that are of historical importance, as they were areas used in the American Revolutionary War. These are the New Jersey Brigade Encampment Site, Fort Nonsense, the Ford Mansion, and Jockey Hollow.

Although a historical park, the area comes with plenty of activities for nature and outdoors lovers. Before you start exploring the park, consult the park map. It will show all the trails that are open to the public. There are 27 miles of marked hiking trails. The Yellow Trail is popular as it connects interpretive and historic sites within Jockey Hollow. Other recommended trails are the White Trail and the Blue Trail.

Morristown National Historical Park features a multitude of species of birds. As such, birdwatchers will rejoice while hiking, biking, or even horseback riding. Almost 11 miles of designated horse trails are available. 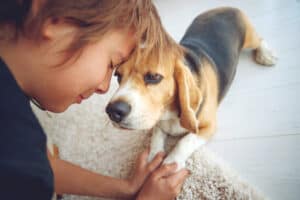 Rose Campion vs Lambs Ear: What Are The Differences? 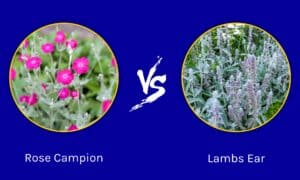 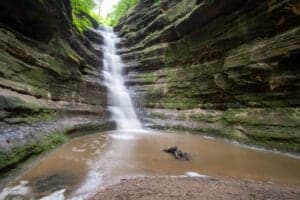 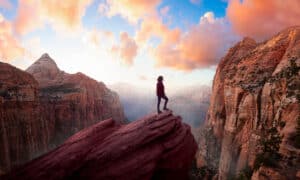 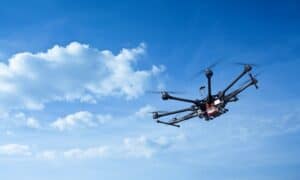 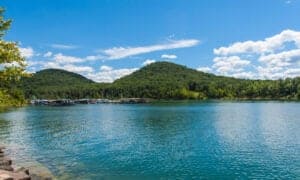 The 5 Best Places to Camp in Kentucky this Summer