Written by Emmanuel Kingsley
Updated: May 28, 2022

There are well over a million mountains on earth. Some reports state the actual number of mountains to be 1,187,049. Of this number, one has stood out for its sheer height and has been recognized as the largest and tallest mountain in the world.

But is Mountain Everest really the largest mountain in the world? Well, the answer to that question depends on what you mean by “largest”. There are three major ways we can consider mountains’ heights: Altitude/Elevation, Prominence, and Height below sea level. In this article, we’ll consider all three perspectives and discover if Everest really is the largest mountain in the world.

What is the Mountain with the Highest Elevation?

Mount Everest has an altitude or elevation of 29,032 feet or 8,849 meters. This makes it the mountain with the highest elevation point on earth as well as the tallest mountain from sea level.

How Did Scientists Measure Mountain Everest?

Measuring Mountain Everest was more difficult than a lot of people realize- tape rules and rulers would obviously be of no use. These days, satellites and other technology make it easy to measure such large things. But these were not available back then, so how did they do it?

According to James MacDonald, a research scientist who holds a BS in Environmental Biology from Columbia, as well as a Ph.D. in Ecology and Evolution from Rutgers University, it took hundreds of years for scientists to learn how to calculate the height of a large mountain. To quote from his article, How to Measure a Mountain:

“To measure Everest, Waugh’s surveyors used a method called triangulation. Observers examined the peak from several points. Knowing the distance from the points to the mountain, they were then able to measure the angle from Everest’s peak to their observation points.”

What is the Tallest Mountain from Base to Peak?

Why isn’t Mauna Kea the Largest Mountain in the World?

Mauna Kea, an inactive volcano located in Hawaii is the tallest mountain from base to peak. However, it is not the tallest mountain in the world for a very simple reason. Most of Mount Kea is mostly hidden beneath water. Above sea level, the mountain is only 13,802 feet or 4,205 meters. This is less than half of Mount Everest’s height (which is fully above water.)

Hence, Mauna Kea is the tallest ocean from base to peak but it isn’t nearly as large as Mount Everest above sea level. If you were to stand atop Mauna Kea, you would only be about 13,802 feet up in the air.

What Mountain Has the Highest Prominence?

Mountain Everest has a prominence of 29,032 feet or 8,849 meters. This makes it the mountain with the highest prominence.

What is the Difference Between the Prominence and Elevation of Mountains?

Mountain Everest peak is equal to its prominence because there is no higher peak on the Eurasian-African landmass.

What is the Largest Mountain in The World?

Without a doubt, Mountain Everest deserves the title of the largest mountain in the world. It is the mountain with the highest elevation, prominence, and general height above sea level.

Where is Mount Everest Located?

Mountain Everest is located in the Himalaya Mountain range. More specifically, it is located between the Tibet-Nepal border.

Here are some amazing facts about Mountain Everest: 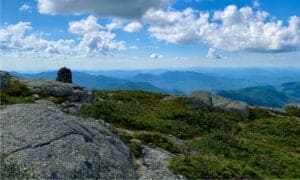 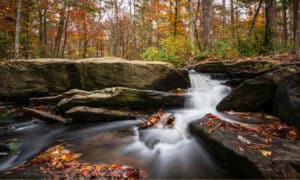 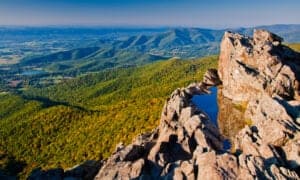 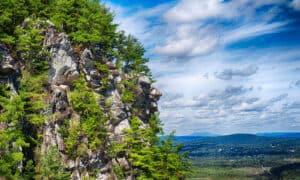