The world “tsunami” has the power to strike fear in the hearts of humans that live in coastal regions. These individuals understand the power of water and its potential to cause unfathomable damage. One of the unfortunate ways that water can upend the lives of those living along coasts is through a tsunami, sometimes known as a tidal wave. Today, we’re going to look at the largest tsunami known.

We’ll tell you where it hit, how much damage it caused, and the toll it took on the people where it struck. First, we’ll take a look at what causes this phenomenon to occur.

What Causes a Tsunami?

A tsunami is a series of large waves that typically occur in the ocean or other large bodies of water due to the rapid displacement of a great deal of water. Some of the events that have been known to cause tsunamis include earthquakes, icebergs calving from glaciers, meteorites striking the water, volcanic activity, large landslides, and even exceptionally large explosions.

Any of these events can generate a massive wave. Yet, earthquakes are often the mechanism that causes the largest and most severe of these waves.

Although some fictional depictions of tidal waves may show them as a single massive, cresting wave, that’s not usually the case. Tsunamis usually feature several waves arriving in what is referred to as a “wave train.” These wave trains can cross large portions of the ocean without losing energy. Moreover, the ensuing waves that strike the shore can be spaced minutes or hours apart from one another.

Tsunamis are distinct from normal wind or tide-generated waves in many ways. For one thing, they tend to have a much larger wavelength, a measure from one wave crest to another. Usually, waves made by the wind only have a wavelength of 300ft or so and measure less than 10ft tall.

A tsunami that strikes the deepest portions of the ocean has a much bigger wavelength than regular waves, sometimes over 100 miles. Also, the waves travel at far greater speeds, over 500 mph, enough to cross an ocean in a day. Fortunately, tsunamis do not strike shorelines at those speeds.

Although tremendous amounts of energy are flowing through the water, that energy doesn’t create massive waves in the middle of the sea. In fact, ships at sea can travel in deep waters and not even notice the powerful activity happening below.

So, how can such a powerful force go unnoticed as it approaches shore and then devastate the area? Let’s look at what happens when a tsunami hits the shore.

How Tsunamis Strike a Coast

When tsunamis approach a coast, they can either strike with the ridge or the trough of the wave. The ridge is the positive peak, and the trough is the negative peak. Either one can be the first to strike land.

Many people know that when a trough is the first part of a tsunami to strike land, the water at the shoreline will recede. This is sometimes called a drawback, but it doesn’t happen every time. A drawback did occur in the eastern areas struck by the 2004 Indian Ocean Tsunami. After the water at the shore recedes, massive waves strike the area.

However, if the ridge strikes first, the only sign that people have is rapidly rising water or a large, breaking wave. This could be the reason that tsunamis are sometimes called tidal waves. To someone on shore, the rapid change in water height could appear as a sudden, drastic tidal shift.

As the waves approach the shallow waters of the coast, they become taller but much slower. The speed dips to about 20-50 mph, the height rises upwards of 30 feet, and the wavelengths fall to about 12 miles apart.

The waves strike the coast as either a ridge or a trough, as we mentioned above. The event is not over after a single massive wave floods the shoreline and travels inland. Tsunami waves are often spaced out over minutes or hours. In the meantime, the water will draw back into the ocean, taking debris and people with it.

Tsunamis can cause massive damage and extensive loss of life. Now that we know how they occur, we can look at the largest tsunami known.

What Was the Largest Tsunami Known?

The 1958 Lituya Bay Tsunami is the largest tsunami known, with a wave that reached a height of 1,720 feet. That is taller than the Empire State Building! This tsunami was unique. It was not directly caused by seismic activity. Instead, a powerful earthquake measuring between a 7.8 and an 8.2 on the Moment Magnitude Scale struck the Fairweather Fault area in Alaska.

The intense power of the earthquake caused about 90 million tons of rock to fall into the Gilbert Inlet in Lituya Bay. That massive amount of material introduced into the water from the rockslide displaced a vast amount of water in the bay. The result was a megatsunami that decimated the shoreline, flooded the bay, and left a swath of destruction that reached high into the bay.

Amazingly, the Lituya Bay Tsunami only killed five people and injured a few others. The remote location of the tsunami played a major role in reducing the death toll.

This tsunami was unusual, though, and scholars continue to debate the precise elements that allowed such a large, powerful wave to form. Furthermore, at least one account says that the wave wasn’t 1,720ft tall, but the water splashed much higher than the wave itself.

For now, though, the record stands.

What Was the Deadliest Tsunami?

Although the loss of life was great, it spurred change around the world. A greater emphasis was placed on early detection and warnings when earthquakes are detected. Today, people stand a far better chance of getting to safety before a tsunami strikes.

Read More:
Which Countries Have The Most Tsunamis? 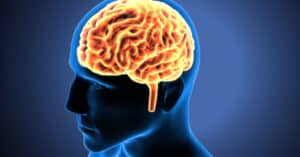 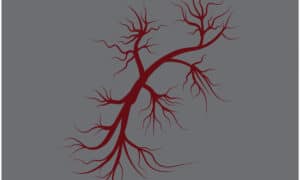