If you’re looking for a quiet but just as beautiful and charming park where you can reconnect with nature, no worries, there are plenty! Even though these parks aren’t as popular among tourists as other top-ranked parks, we assure you they’re worth the visit!

If you’re looking for a peaceful and exotic destination for your trip, this is it! The National Park of American Samoa is distributed across Tutuila, Ofu, and Ta‘ū islands. It preserves and protects tropical rainforests and coral reefs. Besides this, it has the purpose of preserving the Samoan culture.

People usually visit it for the remote beach, its rich biodiversity and culture, and the variety of recreational facilities available, among which hiking and snorkeling are the most popular. The Tutuila unit, located on the island’s north end, is the only entry point accessible by car, so it attracts most tourists.

Visitors say it’s best to visit North Cascades National Park during July or August when the temperature varies between 30℉ and 54℉. The Skagit River divides the park into two sections. There are two national recreation areas, several wilderness areas, and national forests.

If you’re lucky enough, you might spot some mountain goats, black bears, elk, or gray wolves.

Wrangell-St Elias National Park and Preserve is a 13-million-acre natural area located in south-central Alaska. It includes parts of the Saint Elias Mountains with some of the highest peaks in the United States, making this park a perfect destination for mountain climbers!

The McCarthy Road to Kennecott Copper Mine and the Kuskulana River Canyon and Bridge are some of the most popular tourist attractions in Wrangell-St.Elias National Park and Preserve.

If you want to stay overnight, you should check out the Kendesnii campground. It is the only campground in the park and is located on Nabesna Road. If you want to see the park from above, you can opt for air taxis that feature sightseeing services and even visitor transportation.

Voyageurs National Park is located near International Falls City. Its name comes from the French-Canadian fur traders called, voyageurs. Water enthusiasts will definitely want to return to Voyageurs National Park as it hosts over 30 lakes and more than 300 islands! There are numerous recreational facilities on-site, such as canoeing, boating, kayaking, and fishing. Popular fish species among anglers include walleye and smallmouth bass.

Moreover, you’ll be able to see some of the most iconic North Woods animals:

There are 282 camping sites for which you’ll need permits. These can be obtained at the visitor centers and boat ramps located in the park.

Great Basin National Park is located in White Pine County. Its name comes from the Great Basin region between the Sierra Nevada and the Wasatch Mountains. Its ancient bristlecone pines and the Lehman Caves make the park extremely popular among tourists and nature lovers.

The park features multiple campsites and 12 trails ranging from 0.3 to 13.1 miles. Near the park, visitors can find the Highland Ridge Wilderness, a real treasure for wildlife enthusiasts! The visitor center is located in the city of Baker, on Nevada State Route 487.

Another trail is called the McKittrick Canyon, leading to a 90-year-old stone cabin that served as a holiday home for Wallace Pratt. Other trails you can choose from are the Devil’s Hall Trail and the Smith Spring Trail.

The area is abundant in wildlife, hosting numerous mammals and birds, including coyotes, bobcats, mountain lions, owls, sparrows, and hummingbirds.

The Black Canyon of the Gunnison National Park could be the perfect summer destination for you and your companions! There are camping spots, trails, scenic drives, deep gorges, and a lot of wildlife. All of these things will help you make beautiful memories.

This national park contains the deepest section of the canyon and features one of the darkest skies in Colorado! We recommend staying overnight. This way, you’ll have the opportunity to see the sky full of thousands of stars! You can camp in the east area of the park, where you’ll find both tent and RV campsites. The region features hiking, fishing, and boating facilities.

The main tourist attraction in the area is the scenic drive along US Highway 50 and Colorado Highway 92.

This summer, Kenai Fjords National Park should definitely make it to the top of the places to visit list! It provides some of the most spectacular views of glaciers and massive ice bags! Wildlife enthusiasts will have a great time trying to spot the numerous mammals, birds, and marine species that inhabit the area. Some of them are:

Exploring Kenai Fjords is also possible through an ocean cruise that makes it easier to see various sea animals. Flight tours are also available – you’ll be able to see the park’s stunning beauty from above! 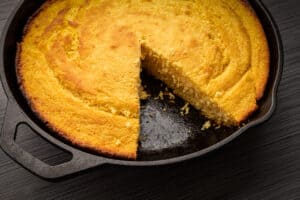