Minnesota winters are brutal and easily one of the worst in the country. They’re long, unpredictable, and downright miserable. And while there is a definite stigma surrounding the state of 10,000 frozen lakes, some welcome the seasonal change. So, whether you’re a skier looking to hit the fresh powder, or a snow grump who begrudgingly gets out the shovel each year, you need to know when to prepare for the first snow in Minnesota. Discover the earliest and latest you can expect some inches and what cities get the most snow.

Does Minnesota Get a Lot of Snow?

One word, yes. But maybe not as much as you think. The amount of snow in Minnesota strictly depends on the location. Some regions can receive as much as 170 inches, like in the Superior Highlands or 70 inches along Lake Superior. In comparison, other areas may only receive a total accumulation of 36 inches, like in the Southwest. But the temperatures themselves might be worse than the actual snow. Minnesota temperatures can get as low as 60 degrees below zero, causing frostbite within minutes to exposed skin.

What is the Earliest Snowfall in Minnesota?

The earliest snowfall in Minnesota was a light dusting in Duluth in August of 1949, and the earliest measurable snow occurred in International Falls in September of 1964 (0.3 inches). The average first snowfall in Minnesota falls between mid-October and early November. International Falls has its average first snow around October 18, Duluth typically sees theirs on October 21, and Minneapolis may see snow on November second. However, most major cities can receive measurable snow by mid-September at the earliest.

What is the Latest First Snow in Minnesota?

Minnesota’s latest first measurable snow occurs between late to mid-November, around November 18. Typically, a late winter start can be seen as a fluke, but research shows that global warming is changing our country’s climate, including Minnesota’s harsh winters. We may begin seeing later, shorter, and more mild winters, but it can also lead to heavy precipitation and flooding. But one thing Minnesota weather is good for is being unpredictable. Have you ever heard of a US state getting snow in summer? Well, it occasionally happens. The latest recorded snow was in Mizpah on June 4, 1935, when they received 1.5 inches.

What Cities in Minnesota Get Snow the Most?

When was the Worst Blizzard in Minnesota?

The worst Minnesota blizzard was 135 years ago, on January 12, 1888. The Schoolhouse Blizzard affected North Dakota, Nebraska, Wisconsin, and Minnesota, causing 235 fatalities. The storm was extremely damaging due to its timing. It had been an unseasonably warm January day when people went to work and school, but temperatures dropped unexpectedly and snow fell down fast, catching everyone off guard. Many people got caught in the blowing snow, getting lost and freezing to death.

The second worst snowstorm in Minnesota occurred on November 12, 1940, producing 27 inches of snow, causing 154 fatalities, and over $2 million in damages. 27 inches fell in Collegeville and 16 in the Twin Cities. Survivors described the cold as so sever it was difficult to breathe, and many recounted how animals began fleeing the area just before the storm hit. 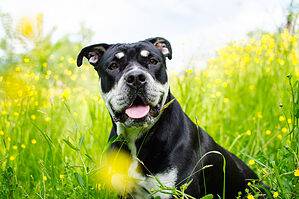