Mariya Kuzema/Shutterstock.com
Share this post on:
More Great Content:
Dogs With The Highest Bite Force
This Prankster Coyote Wasn’t Ready for a…
The 10 Most Dangerous Dog Breeds in…
Belgian Shepherd vs German Shepherd: 5 Key…
The Top 8 Oldest Dogs Ever
American Bully Vs American Bulldog: Is There…

The Main Differences Between German vs American Rottweilers

While German Rottweilers tend to be a bit larger, both breeds are equal in terms of average size overall. Rottweilers are between 80-110 pounds on average and between 24-27 inches high. Both breeds have standard black and tan coats and markings distinctive to the Rottweiler. Rottweilers are also one of the strongest dog breeds and need early training to help harness all that power! However, there are other key physical differences between the two that set them apart!

Many German Rottweilers are often the same average height and weight as Americans but tend to carry it differently. German Rotties appear stockier and more muscled, with a broader body shape. German Rotties must be short-haired and require minimal grooming.

These Rottweilers have broader noses, almond-shaped eyes, triangular ears, and thicker necks. The Allgemeiner Deutscher Rottweiler-Klub (ADRK) has very strict standards for the German Rottweiler. Acceptable coat colors are black and mahogany, black and tan, or black and brown. Tail docking is highly discouraged and is considered grounds for the breed to fail to receive ADRK certification.

Both the German and American Rottweiler are known for their calm, easygoing demeanor and working dog loyalty. They are highly intelligent, in fact, Rottweilers are one of the Top Ten Smartest Dog Breeds! Rottweilers can learn a new command in five repetitions or less and are one of the most popular dog breeds.

However, there are some differences between the German and American Rottweiler temperaments. It’s important to know the breed standards for both types before deciding on which Rottie is right for you. Additionally, the standards for temperament and behavior are quite different for dogs that compete in shows!

Temperament and Behavior Of a German Rottweiler

The German Rottweiler was specifically and carefully bred to be the perfect companion dog. As such, the standard temperament and behavior necessary for a dog to be ADRK-Certified is a high bar indeed! German Rottweiler breeders are held to extremely high standards, and breeding pairs must be approved by the ADRK.

German Rottweilers are the gold standard for their breed. They are calm, steady, and dependable dogs that are the pinnacle of loyalty and protection. Additionally, the German Rottie is calm, easygoing, playful, and great with children. When raised alongside other pets, they form deep bonds with other animals. They respond well to training and have an astounding level of intelligence, able to learn a variety of commands quickly. However, like all large dogs, training should begin early!

Temperament And Behavior Of an American Rottweiler

American Rottweilers are no slouch when it comes to personality either! The American Rottweiler shares the deep loyalty, high intelligence, and easy trainability as the German. They are every bit as able to be a fantastic family dog and are good with kids as their German relatives.

However, American Rotties can be reserved around strange people and animals, and often display aggression with dogs of the same sex. Interactions with any strange person or animal should be monitored.  The American Rottweiler responds well to training and is eager to please their owner but is often more stubborn than their German counterpart!

German Or American: Which Rottie Is Right For You?

Both the German and American Rottweiler exemplifies the best qualities of a desirable family dog. Deciding on which is right for you can be difficult! However, there are a few things to look out for when making the choice.

German Rottweilers and the ADRK’s strict guidelines for the breed are a good choice for someone who wants a steady, reliable dog. German Rotties are specifically bred to have fewer health issues common with large dogs, such as hip or elbow dysplasia. The sale of puppies with genetic health issues is simply not allowed by the ADRK. However, this will mean that a German Rottie will be significantly more expensive. 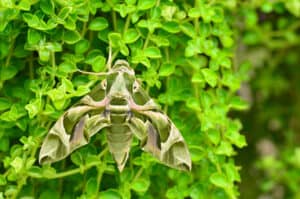 Oleander hawk moth caterpillars feed on the foliage of oleander, an extremely toxic plant to which they are immune. 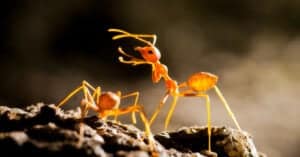 Alligator Hitches a Ride with a Bunch of Tourists, and Mayhem Ensues 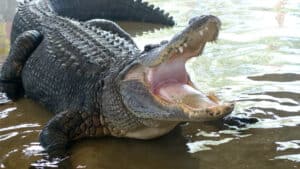