iStock.com/SooniosPro
Share this post on:
More Great Content:
Discover the World's Largest Gorilla!
Ape vs. Gorilla: The Main Differences Explained
What Do Gorillas Eat?
Gorilla Hands vs. Human Hands: What's the…
Watch These Furious Silverbacks Fight It Out…
Gorilla Skulls: How Do They Compare to…

Gorillas are the world’s largest living primate species weighing in at a maximum of 860 pounds! You can learn more about the world’s largest gorilla here. These are definitely very big creatures, but does their strength match their size? At first glance, a gorilla’s muscular build would suggest yes, they are very strong- but how strong? This article will investigate how gorillas maintain their incredible size and strength and will ask: how strong are gorillas?

How a Gorilla’s Body Adds to their Strength

Much of a gorilla’s strength can be attributed to its large body size. Wild male gorillas weigh between 300 and 500 pounds on average and females weigh between 150 and 250 pounds. The large difference in size between males and females is an example of sexual dimorphism. Sexual dimorphism is a natural phenomenon where males and females of the same species have very distinct characteristics such as size or coloration. This is very common in the animal kingdom and especially amongst primates.

Of the great apes, orangutans and gorillas are the largest and are both exceptionally strong. These two apes, however, move around very differently which has had substantial influence on their body structures over evolutionary time. Since orangutans move around by hanging and swinging on branches, also known as brachiation, they have developed specialized shoulder joints and unique muscle distribution. Gorillas have adaptations for quadrupedal locomotion, which is walking on four limbs. As a result, gorillas have joints capable of stable terrestrial movement, and very muscular hindlimbs for weight-bearing and propulsion. Both orangutans and gorillas in these examples demonstrate how everyday functionality affects structure over time. The way gorillas walk therefore has greatly influenced their musculature. Click for more on functional adaptations in gorillas.

What do Gorillas Eat to Get So Strong?

Gorillas must eat a lot of meat to fuel such size and strength, right? Surprisingly, gorillas are primarily herbivores. There is some variation in diet amongst the different gorilla subspecies, but their diets typically include foliage, fruit, and other plant material. The leaves and foliage that gorillas rely on are low in nutrients so the must eat a large volume to meet their needs. Eastern and western lowland gorillas also occasionally eat ants and termites.

The Most Weight Ever Lifted by a Gorilla

So, how strong are gorillas? According to the Guinness World Records, the most weight a gorilla is on record lifting is 1,800 pounds! Some hypotheses have suggested that gorillas can lift up to 10 times their bodyweight. To put that into perspective, the average American male can lift 0.87 time his bodyweight.

What are Some Other Strong Animals?

Many other animals are exceptionally strong relative to their size. The leafcutter ant, for example, can carry loads up to 50 times its body weight! These ants use their strength to cut leaves that they bring back to their colonies. Oxen have historically been very important to the agricultural industry because individually they have a towing capacity of 1,680 pounds. Elephants are the strongest of all in the animal kingdom and can lift up to 19,800 pounds!

How are Gorillas Doing Today?

Gorillas face the major threat of poaching- being intentionally hunted and killed or unintentionally killed by traps set for other animals. Habitat destruction, disease, and war also have heavy effects on gorilla populations. In times of civil unrest, refugees have turned to bushmeat for sustenance and gorillas, as well as other apes, have suffered as a result. Because gorillas are so closely related to humans, they can suffer from different diseases transmitted by humans. In 2004, Ebola ravaged gorillas in Republic of Congo effectively eliminating the population there. Recent estimates suggest as many as 5,000 gorillas have died from Ebola.

Different conservation efforts are in place that have had many positive impacts. There used to be fewer than 880 mountain gorillas alive, but in 2018 they were reclassified from critically endangered to endangered as their population grew past 1,000 individuals. Breeding programs in various zoos attempt to repopulate both species directly. Organizations and laws also exist to protect gorillas. The Great Apes Survival Partnership (GRASP) aims to conserve all nonhuman great apes including gorillas. Also, the Gorilla Agreement is legislation that targets gorilla conservation specifically. 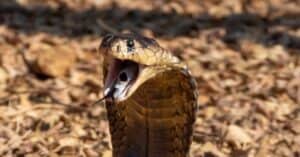 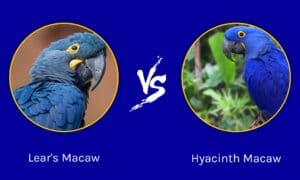 Gorilla Skulls: How Do They Compare to Human Skulls?