How Does The Sun Produce Energy?

The sun is the basis of all life in the solar system. Without it, we wouldn’t exist. In fact, life on Earth wouldn’t exist, at least, as we know it. The sun is so big that its gravitational field actually keeps all the planets in our system in orbit. But, the sun isn’t just big—it’s also a powerhouse.

You might be wondering, just how does the sun produce energy? To answer that question, we’ll first take a deep dive right into the sun’s core. We’ll find out where the sun creates its energy, and how it gets all the way to Earth, and the rest of the planets in the solar system. Then, we’ll learn just how big the sun really is.

Read on to learn the answer to the question: how does the sun produce energy?, and much more!

Is the Sun a Star?

The sun lies at the center of our solar system; it’s classified as a G2 V star. The “V” designation indicates that it is a dwarf star. The “G2” designation classifies the sun as the second hottest type of star in the G class. The sun is the dominant star in our solar system; it’s so large that its gravity holds the Earth, and the rest of the planets, in orbit around it.

What Kind of Energy Does the Sun Produce?

The sun creates light and heat, which it emits as irradiance. Deep within the sun, gravity and pressure cause nuclear fusion, which is where the sun gets its energy. On Earth, we see and feel this energy as light (both on the visible and invisible scale) and heat.

The Sun’s Energy: From the Core Out

When attempting to answer the question: how does the sun produce energy,? it’s important to understand where the sun’s energy-creating reactions take place. For the sun, this answer is deceptively simple. The sun is made up of layers, just like an onion. But, unlike the Earth, the sun has no solid surface. Rather, it has a threshold between its large plasma body and the incredibly hot atmospheric zones that radiate hundreds of miles out from the body.

Let’s discover how the sun produces energy, and where.

The core is the hottest part of the sun. It averages around 27,000,000 degrees Fahrenheit. This is the powerhouse of the yellow star; it’s where the nuclear reactions that create the sun’s light and heat take place. The sun produces energy within its core, where extreme gravity creates incredible pressure. This pressure causes the hydrogen atoms in the core to collide with one another with so much force that they actually create a new element—helium.

The answer to the question: how does the sun produce energy?, lies in this process. It’s called nuclear fusion, and it creates all the heat and light that every living thing on Earth relies on. From the core, all that heat radiates outward, traveling through the sun’s layers and atmospheric zones.

2. The Radiative and Convection Zones

As you move outward from the sun’s core, each layer of the sun itself is progressively cooler than the last. The radiative zone surrounds the core. Its temperature ranges from 7-12 million degrees Fahrenheit close to the core. The outside edges of this zone are closer to 2-4 million degrees. Thermal radiation from the core heats the radiative zone. This thermal radiation occurs as a result of the photons emitted from the helium and hydrogen atoms in the core.

The next zone is the convection zone. This zone sits at a cool 4 million degrees Fahrenheit. It’s filled with bubbling plasma that transfers the heat of the radiative zone outwards, like water boiling in a pot. The edge of the convection zone is what can loosely be called the surface of the sun. However, this “surface” of liquid plasma is so hot that liquids and solids can’t actually exist there.

3. The Photosphere, Chromosphere, and Corona

Beyond the body of the sun lies the sun’s atmosphere. When exploring the question: how does the sun produce energy?, it’s important to remember how that energy gets out.

The surface layer of the sun’s atmosphere is known as the photosphere; it sits at about 10,000 degrees Fahrenheit. This is the layer that produces the light that lights up our daytime.

The next layer is known as the chromosphere; this layer ranges from 7,000-11,000 degrees Fahrenheit. The chromosphere rises 200 miles above the sun’s “surface”.

The final layer of the sun’s atmosphere is known as the corona. Contrary to what you might expect, this layer is actually one of the hottest parts of the sun. The corona reaches up to 1.8 million degrees Fahrenheit and extends thousands of miles beyond the sun’s “surface.” The best part? No one really knows why the corona is so much hotter than the photosphere or chromosphere.

Once all that light and heat has made its way through the sun and its atmosphere, it has to travel 93 million miles to reach Earth. This light and heat make up the sun’s irradiance; without it, there would be no climate. Without the sun, there would be no light, no heat, and no life on Earth. That’s why it’s so important to understand just how the sun produces energy.

Just How Big is the Sun?

The sun, which is 4.5 billion years old, lies 93 million miles away from the Earth. Compared to the sun, the Earth is tiny. The sun has a radius 109 times bigger than that of the Earth. The Earth has just 1/743rd the mass of the sun, which takes up over 99% of the mass in our solar system!

How Much Energy Does the Sun Produce? 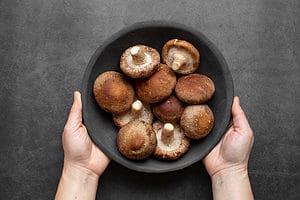