How Old is the Mississippi River?

Written by Jeremiah Wright
Updated: May 14, 2022
© Milen Mkv/Shutterstock.com
Share this post on:
More Great Content:
What Lives At The Bottom of The…
Discover 6 of the Clearest Rivers in…
How Deep is the Missouri River?
How Deep is the Mississippi River?
The 15 Largest Rivers in the World
What Direction Does the Nile River Flow?
↓ Continue Reading To See This Amazing Video

The Mississippi River is famed for its natural beauty as well as its role in American history and industry. It is also the world’s third-largest river basin, covering approximately 1.2 million square miles of water from 31 U.S. states. The river also provides clean drinking water for millions of people and is home to a variety of animals, including fish, birds, amphibians, and even mammals.

This river is also home to the most important varieties or species of fish, such as catfish, walleyes, suckers, carp, and garfish. There are also species of fish here that are caught for sport, such as the sauger, largemouth bass, smallmouth bass, northern pike, bluegill, and crappies. In short, this river has about 25% of all the fish species found in North America.

Despite all of the fascinating facts about the magnificent Mississippi River, its history and origin are full of bizarre and absolutely unique events. Even though we’ve only been on this planet for a short time, the river’s history and beginnings may be traced back millions of years ago, when even the earliest humans were yet to be discovered.

Origin Of The Mississippi River

The Mississippi River is not exactly like how it was before the first humans ever evolved. Of course, it underwent not just a few but lots of environmental and historical changes before it became what we know today as the longest river in all of Northern America.

The State of Illinois had to spend most of its time underwater for several hundred million years. Sedimentary rocks started to form; this showed that a promising landmark would emerge from the water in a few million years.

Illinois became a shallow sea with a shifting coastline. Over a few million years, Illinois rose above sea level, preventing the creation of fresh sedimentary rock. The Mississippi River began to emerge when the supercontinent Pangea split apart and settled into its present places 208-144 million years ago. Dinosaurs roamed most of Illinois throughout the Mesozoic era, which reigned 245-66 million years ago, and this had been established despite the lack of fossil evidence. This is due to the erosion and glaciations that had happened, removing any dinosaur fossil evidence from the area.

The Age Of The Mississippi River

Of the many methods used to calculate the exact age of the Mississippi River, it’s hard to imagine that the river might’ve maintained its natural state through lots of environmental activity such as earthquakes, shifting of tectonic plates, eruptions, and other geological changes that occurred. It is believed that the Rocky Mountains of the North were still being thrust upward as late as 40 million years ago. Mountain building and shifting events such as these make a significant contribution to reshaping and rebuilding river systems. Thus, many conclude that the Mississippi River was already in existence less than 40 million years ago.

It was then until the year 2020 when a team of researchers doing a geologic study on the rock formations around the Mississippi River concluded that the said river was actually three times older than many of us thought. The researchers found samples that can be considered Cretaceous deposits at the southernmost tip of Illinois, at least 70 million years old. From then on, many concluded once more that the Mississippi River is 70 million years old.

Today, the Mississippi River has become a perfect destination for tourists and locals who want to witness its wonders and wildlife. There are a lot of recreational activities and opportunities for visitors, such as biking, hiking, birdwatching, and even kayaking. Water skiing was also invented right here in 1920, which is why it is available as a recreational activity for individuals who wish to improve their river experience. There are several attractions along the river, and visitors may simply drive along the Great River Road, which follows the Mississippi River’s route through ten states in the United States.

One of the highlights of the Mississippi River is its vast wildlife, as it is home to numerous species of animals; 360 species of fish, 326 species of birds, 145 species of amphibians, and 50 species of mammals.

Some of the animals found here other than fish species are:

Many locals consider the Mississippi River a cultural and historical treasure. With its outstanding geological features and astonishing origin, it is no surprise why so many people have been aching to see its beauty with their own eyes. That is why tourist activity never seems to be out of the way now.

If you’ve ever wondered what lives at the bottom of the Mississippi River, you can find out in this article. 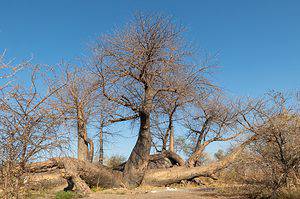