Is Orange A Fruit Or Vegetable? Here’s Why

Written by Jennifer Gaeng
Published: November 23, 2022
© PradaBrown/Shutterstock.com
Share this post on:
More Great Content:
Is Hibiscus a Perennial or Annual?
Rose Of Sharon vs. Hardy Hibiscus
7 Extinct Trees
Are Mushrooms & Other Fungus Plants?
The 5 Best Annual Flowers For Zone…
Are There Any Plants That REALLY Keep…

A variety of citrus species in the Rutaceae family produce oranges. The parents of the orange are the mandarin and the pomelo. Asexual reproduction occurs in the sweet orange, and genetic diversity results in several varieties. The sweet orange is believed to have originated in a region that includes Northeast India, Myanmar, and southern China. It was first referenced in Chinese literature in 314 BC.

In 1987, the most extensively planted trees in the world were found to be orange trees. Plantings of orange trees are common in tropical and subtropical regions.   In fact, oranges are one of the fruits that are consumed the most globally. So, what exactly is the delectable, much-adored orange? Is it a vegetable or a fruit? Let’s get specific!

Orange Is A Fruit – Here’ Why

There are several debates online about whether some plant products belong in the categories of fruits or vegetables. These classifications can frequently be altered depending on the botanical and culinary viewpoints. In botany, a vegetable is any component of a plant other than the ovary or bloom that bears seeds that can be consumed. In general, this includes the leaves, stems, and roots. A fruit is the sweet, fleshy, seed-containing result of a tree or other plant that can be consumed as food. Therefore, from a botanical and scientific standpoint, oranges are a fruit!

The Many Varieties of Oranges

Orange is a fruit that belongs to different citrus species in the Rutaceae family. Sweet oranges and bitter oranges are the two fundamental types of oranges. Common orange, Blood orange, Navel orange, and Acid-less orange are the four categories of sweet orange. The sweet common orange variants also include the mandarin, a native citrus species. There are numerous varieties of it, including Satsuma, Clementine, and Tangerine.

There are three varieties of bitter oranges: Trifoliate, Bergamot, and Seville. The term “bitter orange” also refers to other oriental fruits. These include Naruto and Sanbo from Japan, Kitchli from India, and Nanshodaidai from Taiwan. As you can see, oranges come in an absurdly wide spectrum.

How Orange Is Used in the Kitchen

Oranges are most frequently utilized as fruit in cuisine. They are known for their sweet and tangy taste. They are highly nutritious in addition to being delicious and great for cooking. Oranges are usually squeezed, peeled, and consumed fresh. Orange juice is frequently made by juicing oranges. Brazil and Florida produce the most orange juice globally. Although they are most known for their delectable fresh juice, they are also widely used in fruit salads, syrups, marmalades, and a number of fruit treats.

Oranges have a thick and bitter rind which can be used in savory dish cooking but is usually thrown away. The top layer of the rind can be grated off to create a zest, which has the same flavor as the flesh. Rice dishes go well with this zing. Oranges are a crucial flavoring ingredient in certain meals, like orange chicken and duck a l’orange, even though they are not usually employed in savory cuisine.

Orange peel can be used in sweets and is edible when caramelized. Orange zest, candied peel, and juice are frequently used in baked goods. Orange blossom water is occasionally used in Middle Eastern cooking, especially when making jams and pastries. Orange blossom honey, more correctly called “citrus honey,” is produced by putting beehives in citrus trees while they are in bloom, which simultaneously pollinates citrus varieties with seeds. This type of honey is highly prized and has a distinct “orangey” flavor.

Health Benefits of the Orange

Oranges have various elements that support the health of your body. To prevent cardiovascular disease, orange fiber can lower high cholesterol and regulate blood sugar levels. Oranges include antioxidants and vitamin C, which are both thought to strengthen immunity and aid in the prevention of cancer. D-limonene, which is present in oranges, has been found to be protective against cancers of the breast, skin, and lungs. Oranges also supply 55 milligrams or 6% of your daily calcium needs.

Oranges contain carotenoids, flavonoids, and other organic compounds known to be highly beneficial to your overall health. They also contain a variety of phytochemicals. These chemical compounds are the subject of much research and have shown to be beneficial for a number of health conditions, including but not exclusive to:

Always exercise moderation. Orange consumption is healthful, and the fruit is full of health advantages, but you shouldn’t overdo it. To get the most advantages, eat one orange each day. The best time of the day to consume an orange The best time to eat a fruit is in the morning on an empty stomach so the fruit’s nutrients can be best absorbed. One can be used as a snack before or after exercise to replenish your body as well. Eating one right before bed should be avoided. 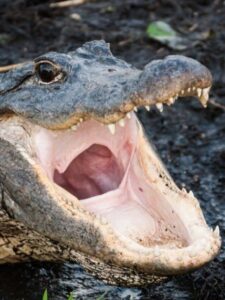