Is The Invasive Joro Spider Species Headed to a Town Near You?

Joro spiders, a type of flying spider, have returned to north Georgia. The spiders, who are approximately three inches, have draped everything in their silk.

Known for spherical orb webs unique to Asian spider species, they create nests that are as wide as three feet and as deep as ten. Yes, their webs are ten feet thick! Porches, mailboxes, fields, and more are all covered in this spooky spider decor.

Many residents of Georgia knew the spiders were coming back, but were shocked by the exponential growth of the spider population. One resident told reporters for Live Science that a Joro spider web on his porch made the porch unusable for the summer.

Other residents reported seeing hundreds of Joro spiders in their backyards. However, Joro spiders are not just in Georgia’s residential areas. They are also making their home deep in the Georgian backwoods.

Yet, the question remains, where will Joro spiders go next?

What are Joro Spiders?

Joro spiders are an invasive species from East Asia. Brightly colored, Joro spiders have brilliant yellow, red, and blue markings on their bodies.

First discovered in Atlanta in 2014, the spiders have returned each summer to the Georgia area. Most likely they came to the United States via shipping container. Each summer, their population has grown, and this summer it reached record levels.

Harmless to humans, Joro spiders are venomous, but only for their prey. A bite immobilizes any insects that become ensnared in their web. They pose no threat to humans or pets. In fact, a Joro spider bite won’t even break skin.

Usually, invasive species pose a threat to local ecological systems, however, Joro spiders may also be an exception. Local entomologists say that the population of Joro spiders may be the natural answer to battles against other pests.

Another invasive species, brown marmorated stink bugs, are known for destroying Georgia crops. Historically, they have never had a natural predator — until now. Joro spiders could also lower populations of mosquitoes and other biting flies. Biologists are currently studying the spider to make sure their ecological impact remains positive.

Where is the Spider Going Next?

The next big question for Joro spiders is: where are they headed?

Though many of the Joro spiders living today will die off by mid-November, their offspring could begin to travel across America’s South to hatch next summer. Egg sacs are spun from a light silk and usually contain around 400  spider babies.

Next spring, those hatchlings will emerge. Then, they will use a string of silk to ride the wind to their next American stronghold. These hatchlings can cross large distances using these methods. Next summer, many other southern American cities will see Joro spider webs and the spiders themselves begin to pop up.

Eventually, as the cycle continues Joro spiders will make their way across the United States as their hatchlings ride the winds further each spring. 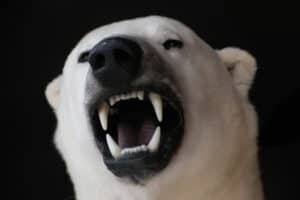