Written by Patrick Sather
Updated: October 5, 2021
Share this post on:
More Great Content:
Watch a Black Lab Narrowly Outswim Two…
The 10 Most Dangerous Dog Breeds in…
Dogs With The Highest Bite Force
The Top 8 Oldest Dogs Ever
Top 10 Cheapest Dogs
The Top 9 Smallest Dogs in the…

Labrador Retrievers and Golden Retrievers count among the most popular dogs in America. According to the American Kennel Club, in 2020, the Golden Retriever ranked as the 4th most popular dog in America. Meanwhile, the Labrador Retriever won the top spot as the most popular dog in the country, a position it’s held since 1991. With so many lovable breeds out there, some people may find it strange that two similar-looking dogs should both rank in the top five. However, it’s easy to understand once you learn more about these lovable, intelligent, and gentle-natured dogs. Labradors and Golden Retrievers make great family pets and contain enough energy to keep their owners busy without possessing so much that it makes them hard to handle. Yet, for all their similarities, what are the differences that separate Labradors vs Golden Retrievers?

While these cherished pups dominate the popularity polls, many people struggle to tell them apart from one another. Standing side-by-side, Labrador Retrievers and Golden Retrievers look strikingly similar, and it seems like a tall order to distinguish the two. However, if you pay close attention and do a little research, you can also discern the details that make them each unique. In this article, we’ll start by comparing Labradors vs Golden Retrievers before discussing the nine key differences separating the two and end with some frequently asked questions about the two breeds.

Also known as Labradors or simply “Labs,” Labrador Retrievers date back to the early 19th century. While they started as working dogs, they rarely fill that role now and more often fill the role of glorified house pets. Although variations exist among Labradors, they typically fall into three categories; Yellow Labs, Chocolate Labs, and Black Labs. Their names refer to the color of their coats, which range from golden-yellow to black to light brown. Among the three, Golden Labs get confused most often with Golden Retrievers due to their similar coloring. For the sake of this article, when we use the word “Labrador,” we will use it to refer to yellow Labs unless otherwise stated.

British Golden Retrievers remain popular in Europe and Australia, where they also go by the name “English Cream Golden Retrievers.” This name comes from their light gold to cream color, which is generally less red than the mahogany-gold common in American types. Compared to the other subtypes, the British variety possesses a broader skull and more muscular forequarters. In addition, their hindquarters appear straighter than the slightly angular rear of the American subtype.

The 9 Key Differences Between Labradors and Golden Retrievers

Both Labradors and Golden Retrievers trace their origins back to Europe. Labrador Retrievers date back to the 1830s when European settlers introduced Newfoundlands to Britain. British elite bred these dogs with British hunting dogs to create the Labrador Retrievers that we know today. Of the current color types, the first to appear was the Black Lab. Then came the Chocolate Lab or “Liver” as it was then known in the late 1800s, while the British Kennel Club recognized the first Yellow Lab in 1899.

Like labs, Golden Retrievers can also trace their origin back to the United Kingdom, but rather than Britain, they originated in Scotland in the mid-19th century. At the time, Scottish elites wanted to create a new breed of gun-dog capable of retrieving game from both water and land. This precipitated breeders to mix Water Spaniels with available Retrievers like the Russian Retriever to create the Golden Retriever. Today, Labrador and Golden Retrievers occur throughout the world. However, the American Golden Retriever remains the most popular subtype of the breed in the United States. At the same time, the Black Lab is the original and still the most common color of Labrador.

Another noticeable difference between Labradors and Golden Retrievers lies in the shape of their muzzles. Generally, Labrador’s possess a broader, shorter muzzle. Their wide muzzle gives them a full-faced look that enthusiasts often describe as “jowly.” It also may explain why people say that Labradors frequently look like they are smiling. The muzzle on Golden Retrievers, meanwhile, appears more narrow and longer. This lends them a leaner, more slender look.

Labradors and Golden Retrievers both have double coats. This feature allows them to stay cool in summer and warm in winter. In the case of Labradors, their hair is shorter, denser, and wirier than the hair on Golden Retrievers. Their outer coat is also waterproof, which allows them to glide through the water easily. Compared to Labradors, the hair on Golden Retrievers is visibly much longer. Their topcoat is water-resistant, while their bottom coat is fluffy. In addition, their coat contains a feathered look along their legs and bellies.

Originally bred as gun dogs, both Labradors and Golden Retrievers exhibit high levels of energy. If you own a pet Labrador or Golden Retriever, you can expect to spend a significant amount of time exercising your dog to make sure they expend enough energy during the day. Most breeders consider Labradors as slightly higher energy dogs compared to Golden Retrievers. As such, it’s recommended that Labradors get at least one hour of exercise each day and preferably more if possible. That said, Golden retrievers also require a good deal of exercise. As medium-high energy dogs, they require around one hour of exercise each day, although some dog/s may require more.

Overall, Labrador Retrievers and Golden Retrievers exhibit similar temperaments. Both dogs get along well with families, including small children, and enjoy other dogs’ company. According to the American Kennel Club, the official description of the Labrador’s temperament is “kind, pleasant, and outgoing.” Compared to Golden Retrievers, Labradors have developed a reputation as the more boisterous and energetic of the two breeds. Meanwhile, the British Kennel Club describes Golden Retrievers as “kindly, friendly, and confident.” People typically consider Golden Retrievers as calmer than Labradors, although individual differences between dogs do exist that can skew this generalization.

Generally, no, Labradors and Golden Retrievers do not make good guard dogs. While they may bark at strangers, their kind and friendly personalities make them ill-suited to training as guard dogs. 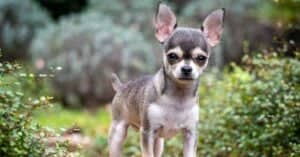 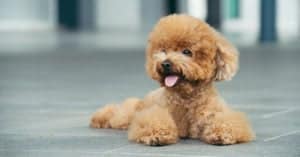