Written by Hailey Pruett
Updated: November 3, 2022
© iStock.com/Dejae ODell
Share this post on:
More Great Content:
The 10 Best Lizards to Keep As…
Types of Lizards: The 15 Lizard Species…
The 10 Largest Lizards in the World
Are Komodo Dragons Poisonous or Dangerous?
9 Incredible Lizards That Look Like Dragons
Lizard Poop: What Does It Look Like?

One of the first decisions you’ll make for your new pet leopard gecko is its name! Sure, they don’t quite recognize their names in the same way cats and dogs do, but choosing an appropriate moniker for your scaly friend is a fun way to bond with them and show them off to your friends and family. If you’re not sure what to name your new pet, check out our complete list of leopard gecko names below!

From pop culture names to more historical names and more, we’ve compiled a list of great options for geckos of all colors, personalities, and sizes. Read on for all kinds of awesome names arranged into several unique categories!

If you’ve determined your gecko is a male, why not try one of the following names on for size?

Is your gecko a female? Here are some lovely feminine names perfect for a girl leopard gecko!

Are you a history buff? Try one of these names of historical origin for your scaly pal.

Movies, video games, television, and more–here are some reptilian-sounding names that come from pop culture! Perhaps one of these options will suit your new pet?

Do not like these? Here are some ways in which you can find a name that suits you pet.

Think Zeus, Athena, Apollo, Iris or even Medusa. There are lost of ancient civilizations to get inspired by, starting from Greek, Roman, Indian, Egyptian and even African. Although this may appeal to only a select group of people who are fond of mythologies and love to read up on it.

Everyone has a favorite character, be it books, movies or series. If you are truly inspired by it, even a simple name like Jerry can be significant. Whether you are a fan of Anakin or lean towards more classic Edward, there is no shortage of fictional heroes or baddies to choose from.

When in Doubt, Look Towards Your Ancestors

We have all found solace in family and why not the choose the same for your pet? After all being a pet parent means they are now a part of your family. Choose your favorite family name and add a second or a third to make it official that your pet is now your baby. 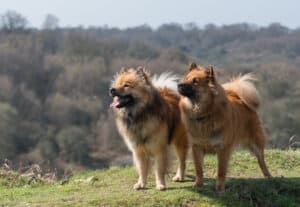