Man Records Himself Calmly Approaching 50 Rattlesnakes – Do They Bite?

If you found yourself facing 50 rattlesnakes, what would you do? I think the majority of us would run away in fear! Bryan D. Hughes of Rattlesnake Solutions faced this exact situation and his reaction was well… you’ll see.

Hughes uploaded an information video to his Youtube channel where he starts off by talking about how rattlesnakes aren’t as aggressive as people are led to believe. Many individuals claim that snakes chase after them when approached and Hughes wants to prove that stories like that aren’t exactly what they seem.

He does so by approaching a large variety of rattlesnakes in the wild to get a real-life reaction to whether or not these slithery critters actually chase people off. He begins with the Mojave Rattlesnake which is known for being quite aggressive.

Judging by the footage, it looks like the snake was more scared of Bryan and slithered away without chasing anyone. The same can be said for the rest of the snakes throughout the video. From a curled-up Western Diamondback to a Dusky Pigmy Rattlesnake – all of these serpents want to get as far away as they can without any confrontation.

Someone could think a rattlesnake pursued them for a variety of reasons, including misinterpreting action or context or experiencing terror. As Hughes located rattlesnakes and watched the various ways they try to avoid the predator, he noticed that there are definitely behaviors that, if someone didn’t know any better and if some adrenaline-induced fear response were added to the mix, could be mistaken for aggressive behavior.

Our expectations and personal bias can shape our perceptions and recollections because when the rattle goes off, a lifetime’s worth of context and disinformation rise to the surface. Our experiences with rattlesnakes can reveal more about our sense of adventure, our courage, and other aspects of our self-perception than the actual behavior of the snakes.

Rattlesnakes will bite people. Yet, most incidents are due to accidents like people stepping on a snake that’s disguised in the surrounding area rather than any act of aggressiveness. In total, while 5,000 to 10,000 venomous snake bites happen in the United States each year, only about five deaths occur in the country due to snake bites.

Do rattlesnakes actively attack hikers that pass them or pursue people into houses? Obviously not. They’re just animals in their natural habitat that don’t like to be approached and provoked by people. To learn more from Bryan D. Hughes, check out his video below. It’s truly amazing to see one person interact with so many different rattlesnakes. 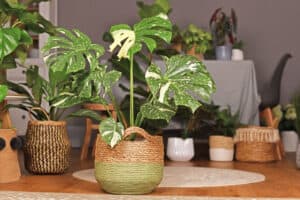