In a now-viral video, Coyote is face-to-face with one of the most dangerous rattlesnakes on the planet. A pit viper species known as Mojave rattlesnakes are extremely venomous and may be found in central Mexico and the southwest United States. Its powerful venom, which is ranked among the strongest rattlesnake venoms in the world, is arguably what makes it most famous. These snakes are huge, with triangular-shaped heads and hefty bodies.

On his way to explore the wilderness at night, Coyote and his team calm everyone’s nerves with an adorable Kangaroo rat. Kangaroo rats have large hind feet with four toes and lengthy tails. They have wide eyes and little ears and massive skulls. They’re much cuter than what Brave Wilderness discovers next in the shadows.

Along a row of cacti, Coyote finds a Mojave rattlesnake curled up next to a barrel cactus. Thankfully, when they spot the snake, it isn’t rattled by the appearance of humans. It simply tries to slowly slither away, but Peterson has other plans.

As he continues to educate viewers about this dangerous serpent, Coyote is aware that he needs to keep a distance for his own safety. The snake becomes spooked for a moment when Peterson attempts to wrangle it with a hook, but quickly calms down.

During the winter, these snakes brumate alone or in small groups. They are most active from April to September. They are known for being hostile to people, and when threatened, they will actively defend themselves as other rattlesnakes do. Additionally, it has been reported that these slithery serpents would attack and chase people.

In the video, this particular Mojave rattlesnake feels threatened and cornered. It attempts to slither away several times and is continuously placed in front of the camera. At one point, Coyote notes that the snake curls back up and begins to rattle its tail. This is rare and a sign the snake will strike at any moment.

The length of an adult Mojave rattlesnake ranges from two to four feet. Rattlesnakes typically have a maximum striking range of two-thirds of their length. If you’re ever in the wild and witness a rattlesnake shaking its tail, slowly back away until you’re in a safe area.

It’s important to remember that Coyote and his crew are professionals and aim to teach individuals about wild animals and safety in their videos. To see what ends up happening to Coyote, check out the video below.

Is it Safe to Approach the World’s Most Venomous Rattlesnake?

No, snakes should be left alone.

Nicknamed the Mojave green, the Mojave rattlesnake (Crotalus scutulatus) is one of the most venomous snakes in the world. If bitten, the venom potent with neurotoxins that target the nervous system may cause deadly harm.

If confronted with a rattle snake, you should: 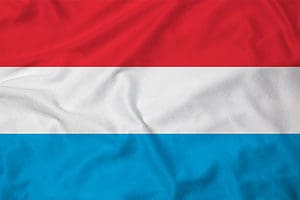