Whether you’re familiar with fish or not, you may be wondering what the differences are between marlin vs swordfish. Given how similar these two fish are, it’s no surprise that some confusion can arise! Both marlin and swordfish are from the same fish family, known as billfins. However, they are different fish, and there are ways that you can tell them apart.

In this article, we will compare and contrast marlin vs swordfish, including their physical differences and habits or patterns. By the time you finish reading, you should have a decent understanding of these differences and similarities. Let’s dive in and learn more about these fish now.

The Main Differences Between Swordfish vs Marlin

There are many key differences between marlin vs swordfish. These fish are members of different families, with marlins being members of the Istiophoridae family and swordfish belonging to the Xiphiidae family. Marlin fish tend to live longer than swordfish as well. Swordfish exhibit more migratory tendencies when compared to marlins, capable of traveling the seas as the seasons change and at great depths.

But this is only where their differences begin. Read on to learn about marlin vs swordfish in more detail now.

One of the main differences between marlin and swordfish lies in their species classification. Marlin are members of the Istiophoridae family, while swordfish are members of the Xiphiidae family. This may not seem like a very important distinction, but it is one key difference between these two fish. They are not technically related, even though they look very similar to one another.

While there are roughly 10 other species of fish belonging to the family that marlin are part of, swordfish are the one and only species found under the name Xiphiidae. While this fact won’t help you identify a wild marlin or swordfish, it can be a very interesting distinction between these two fish.

Another key difference between marlin vs swordfish lies in their overall appearance. While these fish are strikingly similar upon first glance, there are many things that you can look at in order to tell them apart. Let’s go over some of those key differences now.

One of the main differences between marlin and swordfish is their overall coloring. Swordfish are typically only silver and gray in appearance, while marlin have a very distinct blue top to them. Their underbellies remain gray or silver, much like a swordfish. However, having a blue top fin and back makes it easy for the average person to tell a marlin and swordfish apart.

Swordfish also have a taller dorsal fin when compared to a marlin. Marlin dorsal fins are more streamlined along their back, which likely helps them reach speeds of over 50 miles per hour. Swordfish are also built thicker than marlin are, with marlin remaining a more slender fish overall despite them often growing bigger than swordfish.

Marlin and swordfish also differ from one another in their migration habits. Most marlin tend to spend their lives in one location, often at a deep depth in the sea. Swordfish are different from marlin in that they migrate annually across the sea, often swimming thousands of miles to reach their destination. This key behavior is just another way that you can tell them apart.

Another difference between marlin vs swordfish is their size. While both of these fish are quite large, marlin tends to grow much larger than swordfish, often reaching close to 2,000 pounds while swordfish hover closer to 1,200 pounds at a maximum. Many swordfish that have been bred for commercial purposes only reach 200 pounds or less.

Given the large size that marlin can reach, they are known for pursuing and eating other large open sea fish such as tuna. In both of these fish species, the female fish tend to outgrow the male fish by a large margin.

A final difference between marlin vs swordfish lies in their life span. Marlin typically outlive swordfish, depending on the gender of the fish in the first place. Many marlin tend to live 10 to 20 years, especially if they’re female, while most swordfish live 10 years or less, depending on their gender.

Swordfish also have more issues than marlin in terms of their reproductive cycle. Most female swordfish lay their eggs between their fourth and fifth years of life, which often means that they never reached this point due to fishing and other potential predators. Most marlin species reach sexual maturity at 2 to 4 years of age.

Marlin vs Swordfish: Cooking and Taste

The pink flesh of the marlin is said to taste a lot like a swordfish. However, the swordfish is a considerably lighter meat. Marlin is a generally fatty fish. Making it have a fairly high fat content. Meaning, the marlin flesh is dense and flaky, similar to tuna with a strong flavor. On the other hand, marlin has a milder flavor than the swordfish.

Swordfish meat is not only fattier, but it is thicker. The swordfish makes a fantastic fish meat for soups, grilling, or even sandwiches. The swordfish has a great taste while the marlin isn’t as famous for its flavors. Sushi is often seen using marlin as its main fish meat.

Some people consider the taste similar to each other but most people would prefer swordfish to marlin in flavor and texture. 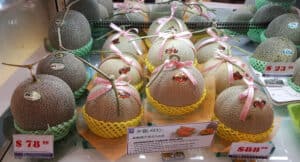