Meet the Smartest Snake in the World: King Cobras

When it comes to the smartest animals in the world, snakes are not the first thing that comes to mind. They’re not really cute, they aren’t cuddly, nor are they at all emotional.

Handlers of king cobras have long said that instead of the vacant stare of a reptile, king cobras look back as if they understand they’re alive. While it would be almost impossible to conduct research on this phenomenon, the anecdotal evidence suggests that cobras do indeed have an above-average intelligence for a snake.

Why is the king cobra the smartest snake in the world? We’ll take a closer peek at their nesting patterns, their hunting skills as well as some other interesting facts.

Why the King Cobra is the Smartest Snake in the World: Nesting Females

Female king cobras are the only snake on the planet that build nests. They push a bunch of branches, leaves, and other debris into a pile that’s large enough to start decomposing in the middle. That heat is used to incubate the eggs while the mom sits on top of the nest and defends it.

Most of the time, a king cobra will try to flee a situation before any kind of aggressive, hood flaring incident occurs. The exception to this rule is when a female is guarding her nest. She will attack with little provocation if you come too close to her or her brood.

Even though female king cobras build nests and that seems maternal, as soon as the babies hatch she vacates the area leaving the young to fend for themselves. This might be to avoid eating her own babies by mistake since king cobras dine on other cobras.

Snake eggs are flexible, unlike bird eggs. The flexibility allows them to avoid otherwise devastating damage. It also allows them to be handled roughly. Therefore, the eggs of a king cobra can be buried under litter and then sat upon by such a large snake.

King cobras can hunt in a variety of different ways instead of constantly repeating the same strategy as is the case with most other snakes. They’ll approach each prey item in a way that’s appropriate for that specific situation and will display an array of methods with which to strike.

Most snakes are merely reactive while king cobras are calculated. As a highly venomous snake, a king cobra can take its time because it only needs to get one strike in to subdue prey or deter a threat.

King cobras feed mainly on other snakes, predominantly non-venomous species like rat snakes. However, they are known to still predate venomous snakes such as sea kraits or Indian cobras. Other food sources include small mammals and lizards. If held in captivity, king cobras are fed mice or rats.

King Cobras are the Only Snakes that Recognize their Handlers

One of the ways that king cobras recognize their handlers is through scent. Their scent detection capabilities happen via their flickering tongue.

The tongue is pressed against what is known as their Jacobsen’s organ on the roofs of their mouth. This allows them to pick up on any particular scent differentiation in their environment.

They’ll begin to recognize the scent of who provides for them and handles them, and king cobras are evolved enough to relax when they’ve detected their human.

A scientist in the 50s noted that king cobras with excess eye scales that underwent a procedure to remove those scales were cooperative after a few times of undergoing the process. They would make it easy to be clamped down by putting themselves in the proper position as if they understood they were being helped.

This is a characteristic not seen in almost any other reptile.

The Dangers of Anthropomorphizing Snakes

When we associate human behaviors, emotions, and characteristics with the actions and intents of an animal, we are anthropomorphizing that specific creature. Is asking questions about the intelligence of snakes a question rooted in the human experience?

It’s a guilty habit of dog and cat owners to let their animals become overweight because they “want” treats. The same can happen with snakes. Snakes may act hungry, but they don’t really need to be fed. Are they communicating hunger or real knowledge of the satisfaction that comes with tasting and eating as we humans understand it? No.

What they’re doing is instinctual. They’re attempting to get more food and they’re programmed to think that resources are scarce. If it’s in a snake’s best interest not to eat, it isn’t telling you it’s hungry. That’s you applying your humanity to the snake.

What’s the Difference Between Instinct and Intelligence?

Instinct is the act of thinking in favor of self-preservation, whereas intelligence implies an awareness of self and one’s place within activities. Intelligence permits the opportunity to experience knowledge acquisition, the recognition of truth, and the capacity to wrestle with principles. Instinct is merely impulsiveness in response to the immediate environment.

Are king cobras truly intelligent? There’s no way to scientifically test this, but their owners will tell you they are.

For the most experienced handlers, king cobras are relatively easy to keep compared to other highly venomous snakes. They also require a huge enclosure. Make sure that you’re allowed to own a king cobra before you set your heart on the challenge they provide because they are illegal as pets in a lot of areas.

King cobras are the longest venomous snake in the world and that venom packs a powerful punch. They hardly ever bite humans, though, even in captivity. They also live to be 20 years old, so they’re quite the commitment. Despite this, there’s a long human history of king cobras being kept in captivity for a wide variety of purposes.

They’re intelligent enough to be able to signal when they’re ok with being handled, and they can tell the difference between cleaning time, enrichment, and feedings when their vivarium is disturbed. King cobras need plenty of climbing space because they spend time in trees in the wild. However,

While it’s recommended that king cobras have their own large enclosure unless being bred, it is an option to add some lizards, like anoles to eat any errant insects or bugs that may find their way into your snake’s space.

Of course, it should be noted that while pet cobras are intelligent and rarely bite, a single bite can quickly become deadly. In 2011, an experienced breeder that was building a king cobra sanctuary in the United Kingdom was bitten by one of his snakes and died in an estimated six minutes. In addition, anti-venoms for snakes are generally expensive, won’t be carried by local hospitals for non-native snake species, and can expire. A single bite from a king cobra can require up to 50 vials of anti-venom, for example.

What makes king cobras the smartest snakes in the animal kingdom?

Now that you know more about the smartest snake in the world, you may be wondering about some of the other species in the world. Snakes are quite the unique animal, and there is much to learn about them! 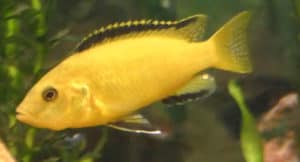