iStock.com/miroslav_1
Share this post on:
More Great Content:
9 Monkey Breeds That People Keep as…
Not My Circus, Not My Monkeys: Meaning…
The 10 Smallest Monkeys in the World
The World's 10 Largest Monkeys
What Do Monkeys Eat? Their Diet Explained
Monkey Lifespan: How Long do Monkeys Live?

Monkeys living in the wild constantly encounter many dangerous situations. And nothing appeals to predators more than a young monkey as a nutritious meal. But, of course, the type of predator a monkey faces depends on where the monkey lives. Moreover, monkeys live in diverse environments, each with its own predators. So, jungles are typically home to distinct predators than forests, savannas, or swamps. But let’s discover some monkey predators and what eats monkeys.

Big cats are meat eaters, so monkeys at ground level or living in trees are appealing meals for these predators. Here is a list of just some of the big cat monkey predators.

Big cats like lions and tigers may prefer to feast on bigger prey like antelope, but they also catch monkeys. Monkeys that are old, slow, or weaker than the rest of their troop can quickly become a lion’s dinner. In addition, lions typically hunt monkeys that spend their time foraging at ground level, making them easier prey for big cats like lions.

Tigers are fond of stalking and catching unsuspecting monkeys. They hunt the prey for up to half an hour before finally attacking, exercising enormous patience. And tigers are large and deceptively fast, so capturing monkeys is easy for them.

Leopards are well known as baboon and monkey predators. However, baboon troops are familiar with this danger. Because of this common threat, baboons have special calls to tell each other that a leopard is in the vicinity.

Cheetahs are swift land animals. They mainly hunt antelope. But, like all cats, cheetahs are opportunists and will hunt monkeys if they are readily available. Cheetahs stalk close enough to troops to sprint and deliver a fatal bite.

In the South American and Central American rainforests, jaguars often prey on the abundant smaller wildlife in these habitats, like monkeys and capybaras. Jaguars hunt monkeys by ambushing and killing them. These big cats deliver fatal blows by biting their target’s spines, causing death by a heart attack. Jaguars climb trees to get to their prey, even though they are more agile on land.

Another cat that likes to hunt monkeys is the ocelot. Ocelots in South America, usually in sub-tropical forests. Ocelots are very agile climbers and will hunt monkeys in the trees.

While most birds are not big enough to catch full-grown monkeys, some will eat babies or small species. Because monkeys are mostly tree dwellers, it is easier for birds to target them for food. Some bird species are well known for catching monkeys, like those below.

The Philippine Eagle is one of the most endangered and impressive bird species. They are large brown and white birds only found in the Philippine islands. These eagles are typical monkey predators in this region since these primates are prevalent.

Another type of eagle that preys on monkeys is the harpy. It is a massive, top predator in South America. Harpy eagles are known as monkey catchers, swiftly swooping down into the tree tops to snatch their unwitting prey from above.

Martial eagles live primarily in Africa and are also known as the leopards of the air due to their exceptional hunting prowess. These enormous brown and white birds feed on various animals, including monkeys. Their food includes steenbok, iguanas, and other birds.

Monkey predation occurs from all angles and species, including reptiles. Therefore, depending on where they live, primates must constantly avoid becoming the next meal of various reptiles. Here are some monkey predators in the form of diverse reptile species.

Monkeys living near bodies of water or rivers may become prey to alligators. Alligators eat just about anything and won’t pass up the chance to snatch an unwary monkey drinking from a river.

Like alligators, crocodiles are another water-loving species that prey on monkeys. Despite their massive size, crocodiles are deceptively fast and can quickly turn a monkey into its next snack. Crocodiles drown their prey and will save it for later, sometimes leaving it to rot before consuming it.

Snakes also pose a significant risk to monkeys. This risk can be venomous snakes, like vipers, and non-venomous snakes like pythons and anacondas. Snakes are found in various habitats and can be opportunistic feeders. No snake species are natural monkey predators. However, snakes like pythons and anacondas will prey on monkeys if they pose convenient meals.

Komodo dragons and other large lizards are known to hunt and eat a variety of prey. Dragons use their lethal venom to incapacitate their targets over some time. While these reptiles may appear slow and clumsy, they wait patiently until their target is weak enough to catch and eat as their venom does its work.

Are Chimpanzees Monkey Predators Too?

Chimpanzees often hunt smaller monkeys. The intelligent primates will form hunting parties and actively chase monkeys through the forest. Even though primates, chimps pose a deadly threat to monkeys if they’re in the mood for a dietary change. Sometimes, chimpanzees hunt monkeys so much that their population survival comes under threat. However, cannibalism in primates means no meat goes to waste in the forest.

Humans Are the Primary Monkey Predators

People are also monkey predators in some parts of Africa and Asia, where their meat is popular. The practice of people eating monkeys is not new and has been recorded since ancient times. Also, this practice is more common in Asia and Africa than in South America. Although people eating monkeys may be appalling to some, it is a way of life for those living in forests. People eating monkeys is known as bush meat, as rural dwellers hunt and eat these primates and other wildlife. And although bush meat is illegal in the U.S., importing this product into the country occurs fairly regularly. However, bush meat poses many threats to people. One reason is the transfer of zoonotic diseases, making this an excellent reason to steer clear of bush meat.

Monkeys are clever and vigilant creatures. They will always have a sentinel to watch for danger and warn the troop of predators. However, this sometimes fails, and an individual may become a meal. Unfortunately, this is the way of the jungle, and monkeys may be hunters and hunted. 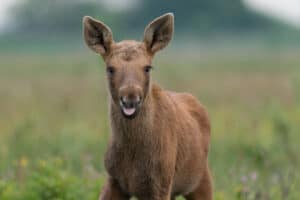 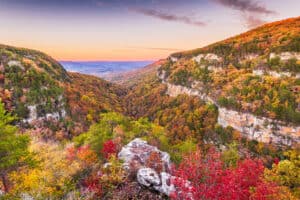