The 11 Oldest Towns in Texas

Although Texas was admitted as the 28th state in 1845, its history dates back to the 16th century and even earlier, including the many years that Native American tribes used the area. The state’s tiniest communities, where development hasn’t completely erased all traces of what happened there in years past, are where this history is most evident. Only several states boast a history as rich as the Lone Star State, which spans from the dawn of the first European settlers in 1528 through the Battle of the Alamo in 1836.

Despite spending several years in the region, the Spanish did not begin creating missions or towns until the early 18th century. But several of the towns and communities on this list have been around since the first Spanish explorers. While some of these oldest towns are now big cities today, they all started as small settlements in Texas history. Below, we will explore the 11 oldest towns in the Lone Star State and the history lying within.

Although Georgetown has been inhabited since the Paleolithic period, its name was not given to the city until 1840. George Washington Glasscock, who provided the land for the new town, is honored by the name Georgetown. The region’s availability of timber and clean, pure water attracted early American and Swedish settlers. The oldest institution in Texas, Southwestern University, was established in 1875 from four pre-existing colleges. It is located in Georgetown, half a mile from the old square.

Human habitation dates back to Georgetown at least 9,000 years and maybe far earlier. The Clovis civilization, a Paleo-Indian civilization that initially emerged approximately 9200 BC and may have existed as early as 11,500 BC at the end of the last glacial period, can be related to the oldest known occupants of the county during the late Pleistocene (Ice Age).

Gonzales has one of the most interesting histories in Texas, despite not being the state’s oldest city, and it all begins with a borrowed cannon. In case you didn’t know, Gonzales served as the birthplace of the “Come and Take It” flag during the War for the Independence of Texas from Mexico.

Mexican officials gave Gonzales residents a cannon to defend against Comanche incursions in the 1830s. However, the Mexican Army and Texan settlers’ relationship worsened over time, and the commander sought the cannon back.

Instead of surrendering the weapon, Gonzales settlers discreetly recruited 140 Texans to form a militia. In a show of power, they mocked the Mexican Army with a custom flag: a cannon drawing with “Come and Take It” scrawled below. After hours of fighting, the Mexican Army departed, giving Gonzales residents the first Texas Revolution victory.

According to the 2010 census, Port Isabel, a small city in Cameron County, Texas, had 5,006 residents. This seaside community was formerly a fishing community called El Fronton that was renamed Point Isabel when the US Army constructed a fort there in the 1770s. Following the Mexican War of Independence, Port Isabel was founded as a town, and before the American Civil War, it was an important port for the export of cotton. Built in 1852, the well-known lighthouse in the little community would play a significant part in the Civil War when the Confederacy sought to blind the Union forces by taking the light that was intended to guide them through the water.

Laredo, established in 1755, is the 3rd most populous city along the Rio Grande River, and serves as a port of entry for trade between the United States and Mexico.  Of all the cities in the United States, Laredo is noteworthy for having the highest proportion of Hispanic residents at over 95%, second only to Puerto Rico.  With a population of 322,000, it’s the 3rd most populated city along the US/Mexico border.

In 1840, Laredo joined with 3 Mexican states and became its own independent country titled The Republic of the Rio Grande.  While this republic fell quickly, it’s remembered in Laredo’s practice of flying seven flags–six to represent the countries that had sovereignty over Texas at any given time (like all other cities in Texas do), and a 7th in remembrance of the Republic of the Rio Grande.  In 1848, Laredo officially became part of the United States after the Mexican-American War.

The American cowboy ballad “Streets of Laredo,” first published in 1910 in Cowboy Songs and Other Frontier Ballads by Alan Lomax, is famous for its lament of a dying cowboy, and is remembered among the top 100 western songs of all time.

Father Miguel Hidalgo, a key player in the Mexican War of Independence, is the name that triggers the beginning of the Goliad narrative. Hidalgo’s last name becomes “Goliad” if the silent H is removed and the letters are rearranged. This anagrammatic homage to the patriotic priest has been around for about 200 years.

When colonizer José de Escandón suggested transferring a mission and its presidio (essentially a fort) from the Guadalupe River to a location named Santa Dorotea on the San Antonio River, the little town was founded in 1749. At the new location, the small town expanded along with a new presidio called La Bahia.

Most notoriously, the Goliad Massacre occurred in the town, where the Mexican Army slaughtered nearly 400 prisoners of war from the Texas Army of the Republic of Texas.

The things that make Austin intriguing are endless and include world-class performances, slow-roasted brisket, and the Texas Capitol. But Austin wasn’t always the bustling city that it is now. Although the first Spanish mission was constructed in 1730, Austin, the state’s capital, was not firmly established by Europeans until the 1830s. On the south bank of the Colorado River, in what is now Zilker Park, three missions from East Texas were merged and restored as one mission during that time.

The earliest Spanish missions were only temporary, and the village of Waterloo, established in 1837, was the first permanent settlement. Waterloo, a little town at the time, was selected as the capital of the newly established Republic of Texas in 1839 and was later given the name Austin. After being selected as the state’s capital, Austin expanded swiftly, becoming big enough to be referred to as a city by the 1880s.

San Antonio is one of the most well-known cities in Texas, with attractions including the highly regarded riverwalk and the active Botanical Garden. San Antonio is not only the second most populous city in Texas but also among the ten biggest cities in the entire United States. San Antonio is among the most historic cities in the nation and is home to numerous 18th-century Spanish colonial landmarks, including The Alamo. But the city was first a little Spanish town called Mission San Antonio de Valero, afterward known as “The Alamo,” before it became a thriving metropolitan powerhouse.

Europeans first explored San Antonio in the 16th century, but a mission wasn’t established until 1718. Since then, San Antonio has continued to be significant to Texas residents on a cultural and economic level.

An important part of Texas history can be found not far from Nacogdoches: San Augustine. The Mission Dolores State Historic Site is the exploration’s true crown jewel. This Spanish mission-turned-museum, constructed in 1721, chronicles the relationships between the Native Americans and the earliest immigrants in Texas.

Long before the first European settlers came, Native Americans, particularly the Ais tribe, already called San Augustine home. They did not, however, construct any town or mission, and the Ais tribe was left unattended for more than 150 years. Despite being a little town, San Augustine served as the county seat of San Augustine County and was the biggest settlement nearby for a while.

Although Nacogdoches frequently claims to be the oldest town in Texas, European settlers did not arrive there until the Spanish established a mission in the region in 1716. According to some data, Nacogdoches, Texas, may be the oldest settlement in Texas, which implies that native people had lived there for over 10,000 years. The oldest settlement in Texas, Nacogdoches, was formally established in 1779, but its history dates back thousands of years to the Caddo Indians.

Nacogdoches had been contested territory throughout its early history by several European settlers, the Republic of Texas, Mexico, and the United States. Despite having a remarkable history, Nacogdoches is only the third-oldest city in Texas. Regardless of its past, Nacogdoches is a wonderful vacation spot with abundant fishing, hiking, boating, and art exhibits.

The teeniest village of Ysleta claims to be Texas’s oldest settlement. Ysleta claims to be the earliest European colony in modern-day Texas, even though it was founded about 150 years after the first town on this list. Ysleta has traditionally been a little town, yet it is now a part of El Paso, a larger city.

Although Cabeza de Vaca traveled through Presidio, the Spanish colonists eventually fled the Pueblo Revolt in Northern New Mexico and settled in Ysleta with some Native Americans. Ysleta makes a strong case for being the oldest colony in Texas as it was a long-term refugee camp and not just a rest area on the way.

Lvar Nez Cabeza de Vaca, a Spanish traveler, brought the first Europeans to what is now Presidio in 1535, founding one of the first European colonies in the region. Although the Spaniards founded Presidio in the early 1500s, there is proof that native tribes had been residing in the area for thousands of years prior to the arrival of the Spaniards, making them a far cry from the initial inhabitants of Presidio. Presidio is now the oldest town in Texas, notwithstanding the municipality’s claim that it was founded in 1683.

Presidio has never had more than 5,000 residents, making it a relatively small town. Presidio is currently renowned for its untamed, colorful landscapes, which are excellent sources of inspiration for aspiring artists or nature enthusiasts. 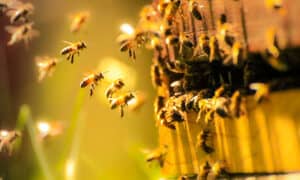