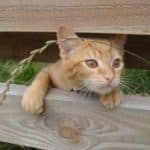 World Animal Day is celebrated every year around the world on October the 4th on the day of the feast of Francis of Assisi, the patron saint of animals. The aim of the day is to bring awareness to animal species across the globe to not only highlight the plight of species in the wild, […] Read More 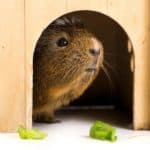 How to Keep Your Guinea Pig Healthy and Entertained

Guinea pigs are sociable and intelligent. They make popular pets that children all around the world adore playing with. A downside of owning such a small and adorable pet is that they get bored just like any other animal and risk getting fat. It's easy to learn how to keep your guinea pig healthy and […] Read More

Why Are Red Squirrels So Threatened In The UK?

Once one of the most widespread and common woodland creatures in the country, red squirrels are now seldom seen in many parts of the UK as numbers have declined significantly over the past century. Still commonly found in isolated regions and throughout the European continent, one of our most historically iconic native species is becoming […] Read More

Nestled amongst the Malaysian state of Sarawak in Northern Borneo lies the tiny, oil-rich sultanate of Brunei Darussalam. Run by the Sultan of Brunei, the country is rich in ecological diversity and is home to some of the rarest and most unique animal species on the planet. Despite covering an area of just over 2,200 […] Read More

Caring For Your Guinea Pigs

Guinea Pigs are one of the world's most popular household pets and are domesticated all around the world. Their sweet, docile nature and highly affectionate and sociable personalities make them a firm favourite animal particularly amongst children, who are able to care for these little creatures with relative ease (providing they have the constant supervision […] Read More

Known as being one of the world's most prolific "man eaters" Great White Sharks are one of the most powerful and formidable ocean predators in the modern day world. Accountable for up to half of shark attacks on people worldwide every year, Great White Sharks often crop up in the media with high profile stories […] Read More

Last week it was announced that a new species of orangutan has been discovered in a remote region of northwestern Sumatra, which is a remarkable breakthrough in modern biology. Following an expedition to the remote mountain forests in South Tapanuli in 1997, scientists have been puzzling for years over the genetic peculiarity of a tiny […] Read More

Bonfire night celebrations and similar large fireworks displays on New Years Eve can be incredibly scary for all animals including both large and small pets that can be easily spooked by the sudden bangs filling the cold night sky. Although these are obviously exciting annual celebrations it is very important to ensure that you do […] Read More

Last week warnings were sent out across the Caribbean about a potentially devastating category 5 hurricane that was heading towards Central America from the Atlantic. Islands throughout the Caribbean began preparing for hurricane Irma to hit with thousands of people being evacuated from their homes as they began to brace themselves for the storm. […] Read More

We all know that worming our cats (and dogs) on a regular basis is an important part of keeping our furry friends healthy but many people often forget or do not really bother with worming products at all. This can cause real problems if your cat develops an infestation and it is something that is […] Read More