Rat Terrier vs Jack Russell: Are They Different?

Written by Megan Martin
Published: May 4, 2022
© picsbyst/Shutterstock.com
Share this post on:
More Great Content:
Dogs With The Highest Bite Force
This Prankster Coyote Wasn’t Ready for a…
The 10 Most Dangerous Dog Breeds in…
Belgian Shepherd vs German Shepherd: 5 Key…
The Top 8 Oldest Dogs Ever
American Bully Vs American Bulldog: Is There…
↓ Continue Reading To See This Amazing Video

Ready to learn just how different they are? Keep reading!

There are many differences between the Rat Terrier and the Jack Russell. To start, the Rat Terrier is taller than Jack Russell and heavier. They also have a lower energy level, which helps boost their trainability. Also, unlike the English Jack Russell, the Rat Terrier originated in the United States. Jack Russells are vulnerable to more conditions than their larger counterpart, including conditions such as blindness and deafness. However, many Russell-specific ailments can be prevented with proper care and exercise.

There are many facts and characteristics that help define the Rat Terrier vs Jack Russell as two different breeds. Here’s a detailed look at the 6 key differences.

One of the number one things to know about Jack Russells is that they have one of the highest energy levels out of all dog breeds. They’re athletic and seem to never tire out – a key difference that sets them apart from the Rat Terrier.

While the Rat Terrier may not be as energetic as the Jack Russell, it is not a couch potato either. This breed does best with lots of mental stimulation, like puzzles and slow feeders.

There isn’t a large size difference between the Rat Terrier and the Jack Russell like between a Chihuahua and a Great Dane, but it’s still noticeable enough to be one of the top differences between these two breeds.

Rat Terriers weren’t bred to maintain a certain shape and size for a certain function. As a result, they can be one of the larger sizes as far as small breeds go. The Jack Russell, however, was bred to be compact and fast, which makes them a little bit smaller and lighter.

When it comes to comparing their heights at the shoulders, the largest Jack Russell is only three inches shorter than the Rat Terrier. However, the difference between their weight is more noticeable, with the largest Rat Terrier weighing eighteen pounds more than the same Jack Russell.

There’s a common misconception that all small dogs share a yappy and unfriendly personality. While this is untrue for most small dogs, especially those who receive proper training, it’s especially untrue for the Rat Terrier and the Jack Russell. Even then, these two dog breeds differ greatly in their personalities and temperament.

The Rat Terrier isn’t an athletic breed of dog. We can trace their roots back to being a farm companion, which we’ll talk about more below. As a result, Rat Terriers are known for being affectionate and social. They’ll love to spend time with you and your family, whether it’s lounging around or playing. However, they’re also alert dogs and can be trained to help you keep an eye on the house.

Despite their similar appearances, the Rat Terrier and the Jack Russell were bred in two different countries for two different purposes.

The Rat Terrier is an all-American dog breed, one related to the feist and other similar breeds. They were originally bred as farm dogs and family companions, and they were popular on family farms in the early to mid-20th century. Rat Terriers were particularly helping in controlling pests. While you still may find them around today, they’re considered more of a rare breed.

Jack Russells, on the other hand, were bred to be compact foxhunting dogs. They’re hardy enough to run with larger hounds, but also small enough that they can run fast and nimbly through the forest.

The Rat Terrier can live up to two years longer than the Jack Russell. Rat Terriers are a particularly hardy breed, with few health problems. So long as you manage their weight and provide them with a high-nutrient diet, you’ll notice that Rat Terriers are typically only vulnerable to hip and elbow dysplasia.

Jack Russells, however, are prone to a few more problems, making them an ultimately unhealthier breed than the Rat Terrier (although they’re not necessarily an unhealthy breed overall). They’re vulnerable to orthopedic problems, as well as lifelong conditions such as deafness and blindness. Like with the Rat Terrier, however, keeping your Jack Russell active and healthy can help prevent or reduce the rate of development for many conditions, especially those dealing with the joints.

Both the Rat Terrier and the Jack Russell are highly intelligent dogs with a knack for learning almost every command and trick you have in store for them. However, despite this shared aspect of being easy to train, they don’t have the same trainability.

Rat Terriers are a bit of a people pleaser. They’re eager to perform and exceed your expectations, and they readily listen to whatever you tell them whenever you say after you put in the initial hard work of training them.

Jack Russell terriers, however, are far more stubborn. They’ll learn what you’re telling them to do just as easily and quickly as the Rat Terrier, but they’re much less lenient when it comes to the application of their skills. You’ll find yourself needing to redefine and reinforce skills often with the Jack Russell, especially as they learn your boundaries – and how to test them.

This isn’t to say it’s impossible to have a well-behaved Jack Russell, though. With a little extra time and work, it can easily catch up to the Rat Terrier’s skill, it’s just not as straightforward and immediate.

If you’re not an outdoor person with a lot of time for exercise, the Rat Terrier may be the best option for you. They’re easily satisfied by mental stimulation, and they’re more adaptable to a wide variety of lifestyles.

They secrete a milky poisonous liquid that can make many animals sick. 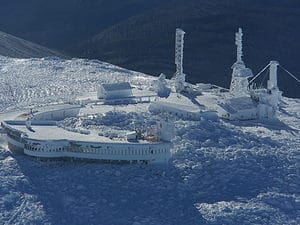