Seyms Brugger/Shutterstock.com
Share this post on:
More Great Content:
See a Wildebeest Launch Itself Over Two…
Lions vs Tigers - 5 Key Differences…
How Long Do Lions Live: The Oldest…
Animals That Can Kill a Lion
This Lion Was So Big It Hunted…
Watch A Lion Hunt The Largest Antelope…

Female lions, known as lionesses, fall pregnant to cubs outside of the pride. A lioness typically gives birth to one to four cubs in a litter. She hides the cubs from any and all creatures, even her own pride, because they are born defenseless.

Protecting her babies is one of a lioness’ most critical responsibilities. Most cubs do not make it to their first birthday; 40-80% of infants die prior to actually turning one, depending on the circumstances.

Male lions who have been expelled from one pride, form what is called a coalition. Finding a female-dominated pride is their main objective. When they eventually locate a pride, they typically first battle the dominant males. If they are successful, the alliance then pursues the cubs. It is believed that the lions slaughter the cubs so the females can mate more quickly and pass on their genes.

But the lionesses go to great lengths to safeguard their cubs. Sometimes they may engage in death matches before forming a mob to attack the male intruders. Even though they are unable to kill the larger cats on their own, the gang can occasionally triumph when they cooperate.

In this popular online video, a lioness mother notices a lion headed towards her and her babies. A stalking male is seen on the top of a hill, ready to attack at any moment. The mama cat knows what she has to do.

As he inches closer and closer, the lioness tries to chase him off. During this interaction, the two adults get physical and the female starts attacking the male in hopes of saving her cubs from any danger.

Though relentless, this lioness is just over half the male lion’s size. She also is much weaker than him. Unfortunately for her and the cubs, she’s not able to deter him for long. About three minutes into the video, we see that the male lion is successful in killing the cubs.

This may not be footage for the faint of heart. The male lion even shows the female that he is victorious and that she will now bear his children and carry on his genes. 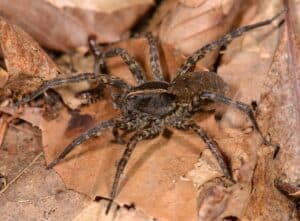