Discover 6 Types of Tarantulas in Texas

The Lone Star State is home to a diverse range of animals and stunning scenery. The state hosts a wide variety of animals, including porcupines, alligators, blind salamanders, and ocelots. Tarantulas and jumping spiders are only two of the many spider species that may be found in Texas. In fact, even the simple thought of Texas crawls with tarantulas. However, despite the common knowledge that the Lone Star State is home to several tarantulas, only a few species can be found here.

Of the nearly 900 spider species in Texas, there are only six species of tarantulas. Most of Texas’ species and sightings are found in the state’s southwest and south. Below, we will look at the 6 types of tarantulas in Texas, what they look like, where they live, and more.

Background on Tarantulas in Texas

Theraphosidae is a family of huge, hairy spiders that includes tarantulas, and Aphonopelma is the genus that houses almost all North American spider species. As previously stated, Texas is home to 6 different species of tarantula. There used to be more than 10 species. However, this is no longer the case, thanks to a 2016 revision of the Aphonopelma genus. Several previously accepted species are now regarded as synonyms of other species.

These spiders are solitary and spend most of their lives in trees or burrows. Given their size, tarantulas are simple to recognize when they are seen. However, even with the right information and experience, distinguishing between the many species could still be challenging. The Texas brown and Texas tan tarantulas are the most prevalent tarantulas in Texas, and they can be found all around the state. Whether you live in Texas and own tarantulas or are interested in them, you might be curious about what you can find nearby. Here are six tarantulas you can find roaming the Lone Star State:

6 Types of Tarantulas in Texas

The Texas brown tarantula is the most prevalent in the Southern United States and is widespread throughout Texas but is most frequent in Central Texas. One of the biggest spider species native to the Southern United States, adult Texas brown tarantulas have dark brown bodies, 4 inches (10 cm) long legs, and weigh over 3 ounces. However, different tarantulas may have different colors. As with many arthropods, their colors are more prominent following a molt.

The huge, brown, and fluffy spider inhabits a dry environment. The Texas brown tarantula is a terrestrial species that frequently lives and feeds in abandoned dens of other small animals, meadows, burrows dug into the ground, logs, and stones.

The Texas brown tarantula is a non-aggressive species, although it will kick the tiny hairs on its hind legs when threatened. They have gained popularity as pet spiders in the United States and other countries because of their non-aggressive and gentle nature. Their enormous fangs may make their bite uncomfortable but not fatal.

Like other spiders, they employ their venom to immobilize and aid in the digestion of their prey. They use their webbing to line the entrance to their burrows to detect insects, tiny birds, and mice before consuming them.

The largest tarantula to have been sighted in the United States is the Aphonopelma anax, sometimes known as the Texas tan tarantula. It may reach a leg span of 5 inches, and some females have even been measured at 6 inches. The Texas tan tarantula is among the most prevalent tarantulas in the Rio Grande Valley in southern Texas. Near Corpus Christi, it is typically found to the south and east. Additionally, Cameron County and Kleberg County have reported seeing them.

As its name implies, this tarantula’s body is normally tan or brown, while its legs are typically black or dark brown. Its coloring is comparable to Aphonopelma hentzi, but much darker.

Like most tarantulas in this genus, they develop slowly and mature completely in a period of two to seven years. Males and females may be distinguished from one another with ease. Like most tarantula species, females are much larger than males and have far more bulk.

These arachnids are very passive and shy away from conflict. The tan tarantula is a non-aggressive species, but if threatened, it will kick at the potential attacker with little hairs on its hind legs.

They are frequently seen in shrub forests and grasslands in Southeastern Texas, where they prefer a semi-arid climate. One of the most prevalent tarantulas in San Antonio, they are occasionally seen in the city and may also be found as far north as Austin and east as Houston.

The Texas black spot tarantula, also known as Aphonopelma armada, is a tarantula species mostly found in Central and Western Texas. Most sightings occur between San Angelo and Midland, although some have also been discovered all over Central Texas, as far west as Dallas.

This tarantula belongs to the group of spiders that dwell underground in tunnels dug by themselves or other creatures. Their burrow is made of their web, which shields them from the outside world and aids in their ability to spot predators. Arid and semi-arid regions like California, Arizona, New Mexico, and portions of Nevada are also favorites for the tarantula.

The head and body of this species are gray, with gray legs and a little black area nearest to the body. They are considered lurkers; they will wait until their prey approaches before snatching it up with their jaws. Once their prey is in their grasp, they bite, inject it with venom that begins to decompose it, and then continue to consume it. This tarantula consumes mice, tiny birds, reptiles, and insects like other tarantulas.

Although this tarantula is not aggressive, it will attempt to defend itself if it feels threatened. The initial course of action is to flee, or it might stand up on its hind legs, extending its front legs to appear larger and more menacing.

Arizona, New Mexico, Northern Mexico, and Texas are home to the Aphonopelma gabeli, also known as the Chiricahua Gray Tarantula. It nearly solely occurs in Western Texas, with sporadic occurrences in Carson County and less frequently in the Panhandle. This species resembles the Aphonopelma armada in appearance, and they have dark brown bodies and tan heads. Like the majority of tarantulas, males possess long, dark legs, while females are bigger and have slightly shorter legs. The enormous pincer-like appendages on this species make it simple to differentiate it from other species living in Texas. They can be discovered residing in previous rodent burrows lined with silk.

They are calm and generally safe around people. However, they are deadly to smaller animals, and certain bites can be incredibly painful. These spiders have huge fangs that, if not treated with medicine, can pierce the skin and cause a secondary infection. The Chiricahua Gray Tarantula would rather stay hidden than come out and face you, even though they are venomous. When threatened, they would thrust their front legs out and brush off the fur on their bellies to make themselves appear larger.

As its name suggests, the Rio Grande gold tarantula is a species of tarantula unique to the Rio Grande Valley and rarely seen. They have also been spotted along the southern Texas/Mexico border and in Maverick County. A beautiful light brown tarantula with black banding on the legs is displayed by the Aphonopelma moderatum. Their large bodies and short legs make them easily recognizable. The female has black leg tips and is almost entirely reddish-brown to orange-brown. The male has some reddish-brown spines (hairs) on its abdomen and is much darker overall.

Typically, this species lives underground or in dead trees in burrows. They’ll dig a web-lined burrow, which they’ll use as a home and a hunting ground for passing prey.

This species is renowned for being docile. If startled, they may fling hairs or flee, but this is uncommon. This species is also a great pet choice. They rarely bite humans, and their venom is mild enough not to inflict harm.

They are opportunistic eaters and would rather take advantage of any food that passes by their burrow than go out in search of it.

Only found in West Texas, Aphonopelma moellendorfi is a spider species in the Theraphosidae family. David Moellendorf discovered this tarantula in Val Verde County in 2016. This species is uncommon, and there isn’t much information about it. Due to its similar size and coloring to other tarantulas in the vicinity, it could be challenging to tell them apart, but it is claimed to have black legs and a brassy green thorax.

These spiders are often quite passive and only turn hostile when threatened, like the majority of Aphonopelma. 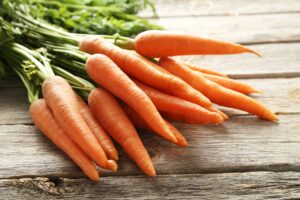